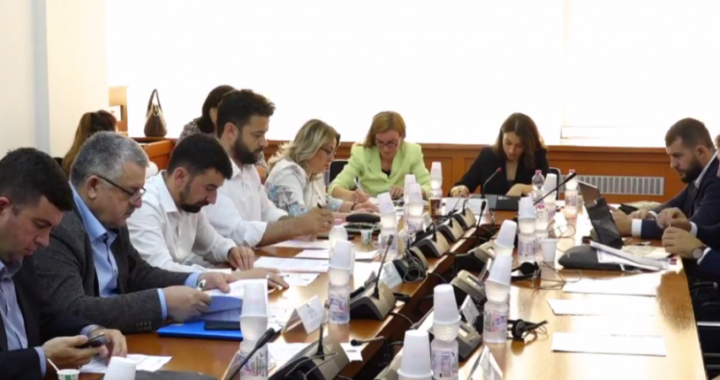 The dismissal of the board at public broadcaster Radio Television Kosovo has been initiated and will be sent to the Kosovo Assembly for approval.

Attempts to dismiss the board of public broadcaster Radio Television Kosovo, RTK, progressed on Tuesday, following a meeting of the Parliamentary Committee on Public Administration, Local Government, Media and Regional Development.

The committee voted to initiate the dismissal of the board following a recommendation from the Parliamentary Committee on Budget, Labour and Transfers. However, only six committee members cast their vote, with representatives from LDK and PDK refusing to take part.

Doarsa Kicaj, the head of the media committee, read out some of the recommendations from the budget committee, which listed a number of issues with the board.

Kicaj highlighted the budget committee’s finding that RTK’s management had continually refused to be audited, something which has seen no response from the board. She also highlighted the failure to comply with procurement procedures and compile the legally required long-term strategy.

“If all these issues are not important to you, it’s painful,” Kicaj said, adding that the public broadcaster receives 12-13 million euros of taxpayer money per year.

However, one of PDK’s representatives on the committee, Mergim Lushtaku, stated that the findings of the budget committee were not evidence enough to initiate the dismissal of the RTK board.

Lushtaku conceded that RTK was not in the best shape, but stated that the board should not be dismissed for what he described as political reasons. LDK’s representative on the committee, Agim Veliu, went further, claiming that sacking the board was a political act, and an attempt to capture a public media that should be independent.

Their objections were not enough to dissuade the committee from initiating the dismissal, with the five Vetevendosje representatives and Fidan Jilta from the Turkish Democratic Party of Kosovo voting in favour of the motion.

Valon Ramadani, one of Vetevendosje’s representatives on the committee, said that the dismissal was only the first step.

“The Board of RTK will be sacked and this should be just the beginning,” he wrote on Facebook. “There was so much [financial] misuse and abuse that sacking is the minimum. Some of the leading [figures] should not just be sacked but also should go to jail! RTK should be reformed, but as we have said in the past – it first needs to be freed.”

In recent months, BIRN has reported cases of service contracts being given to close family members of the Head of RTK Board, Sali Bashota, and family members of former president Hashim Thaci being hired as camera operators and in the marketing department at the public broadcaster.

The vote to initiate dismissal of the board also comes after controversy last week involving committee head Kicaj and the deputy director of RTK, Mentor Shala.

Shala stated on social media that “the beauty” Kicaj’s mind “was only on him” and invited Kicaj “to lunch or dinner” after the parliamentary committee head made a reference to him during a televised debate in which she criticised RTK.

The comments were condemned for their “shameful and immoral” language by the Independent Trade Union of RTK, who called for the dismissal of Shala. Women’s rights NGO Kosovo Women’s Network also called for an end to sexist and misogynist language following Shala’s statement.

A vote on the recommendation to dismiss the board will now be scheduled at the Kosovo Assembly, where a majority of deputies present will be enough to approve the committee’s proposal.