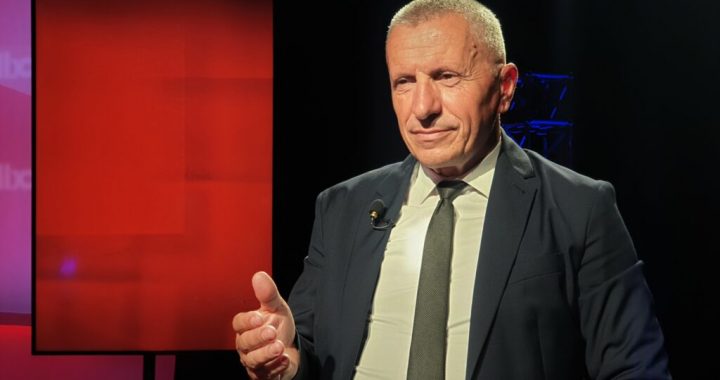 In an interview for BIRN, ethnic Albanian MP at the Serbian Parliament Shaip Kamberi accused Serbian officials of ‘forgetting’ the war crimes committed during the ‘90s and called for unified standards on minority rights across the region.

Shaip Kamberi, the leader Democratic Action Party decried the current state of political discourse in Serbia in an interview for BIRN broadcast on Tuesday night.

The 56-year-old MP said that even following the recent confirmation of Ratko Mladic’s sentence by the International Criminal Tribunal for Yugoslavia, rhetoric in Belgrade has continued to be inflammatory and glorify war criminals.

“Currently we are in a total state of denial,” Kamberi told BIRN. “By giving space to convicted war criminals such as Vojislav Seselj and glorifying figures such as Ratko Mladic, Serbia is not giving the signal of wanting peace.”

For Kamberi, this state of affairs prevents Serbia from creating stable relations with its neighbours, including Kosovo.

“This government, this political establishment in Serbia is not ready to face its violent past,” he said. “They are in dialogue with Kosovo and are making an effort through mini-regional initiatives to create good relations but at the same time refuse to deal with the past and forget the war crimes that were committed by the state.”

Kamberi believes that the current discourse is largely down to the uncontested power of President Vucic, and the silencing of dissenting voices within Serbian society.

“I can say that even during the Milosevic era there used to be an opposition, but today the institutions and civil society are fragile and weak,” he said. “Serbia has transformed into a one party system – a party that has 243 deputies out of 250 in the Serbian Parliament.”

“If this model for Albanians and Bosniaks is considered advanced and is hailed by Serbia, why can such a model not function in Kosovo?” he asked. “Stability in the Balkans and inter-state relations can only be built by building unified standards for the respect of rights of minorities.”

However, Kamberi said that Kosovo should rule out any possibility of forming an Association of Serb-Majority Municipalities with executive powers, which according to him would undermine the functioning of Kosovo as a state.

“If an Association with executive powers is accepted, it will be a repeat of Bosnia [and Herzegovina],” he said. “A non-functional state must not be accepted.”

The establishment of an Association of Serb-Majority Municipalities was agreed in Brussels in 2013, with a second agreement reached in 2015 outlining principles for its formation.

However, the 2015 agreement was never passed at the Kosovo parliament due to blockades by the opposition. The matter was referred to the Constitutional Court, which found that many elements of the agreement were contrary to the spirit of the Kosovo Constitution.