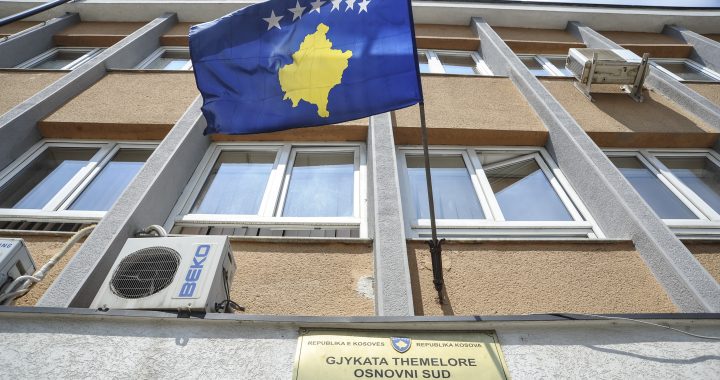 Facing more than 7,000 pending cases, the Basic Court of Peja has begun the process of penalizing individuals that have been fraudulently receiving money from the government’s war veterans’ pension scheme.

On Tuesday, the Basic Court of Peja ordered three individuals to return money they were fraudulently receiving from the Kosovo Government’s pension scheme that was set up to provide monthly funds to veterans of the 1998-99 war.

The Court confirmed that Albert Krasniqi, Rifadije Elshani and Bali Berisha falsified their veterans status and had been receiving a monthly pension from the Kosovo budget for more than one year. Following a guilty verdict, none of those found responsible will appeal the sentence issued, according to the Court.

BIRN has discovered that so far, the Kosovo Special Prosecution has issued a total of 39 indictments for those suspected to have falsified documents to claim pensions.

Those who fought against Serbia’s state apparatus as members of the Kosovo Liberation Army, KLA, are entitled to a monthly pension of 170 euros. Each of the three individuals found guilty are obliged to return over 1,000 euros. However, thousands more are believed to have falsified documents over the last three years that the pension scheme has been in operation.

The Kosovo Government launched a commission to verify the status of Kosovo’s war veterans in 2012. In 2016, the verification commission issued a list of around 46,000 names.

Kosovo’s Special Prosecution has identified more than 7,000 suspicious cases on the list of war veterans from the region of Dukagjini alone. However, Kosovo’s state prosecutor Aleksander Lumezi confirmed that more than double this number are suspected of fraudulently receiving benefits.

“According to the information I have, at the investigation stage, we have obtained evidence that proves that 19,000 war veterans have illegally taken benefits from the Commission on War Veterans and Invalids,” he said to Radio Free Europe in August 2018.

One of the three who was found guilty on Tuesday, Rifadije Elshani, expressed regret for her actions following the verdict.

“I feel guilty about my actions, and in the future I will not repeat this,” said Elshani.

In September 2017, the Kosovo Prosecution announced following an initial investigation that tens of millions of euros were being taken from the Kosovo budget to pay for the inflated list of war veterans.

“From the evidence provided so far, it has been proved that the budget of the Republic of Kosovo lost the amount of 68 million euros as a result of illegal payments to [fake] KLA veteran fighters,” the Special Prosecution clarified in 2017.

The investigation which followed these discoveries was fiercely criticized by the outgoing Prime Minister Ramush Haradinaj, who was a commander of the KLA in the Dukagjini region during the war, where 7,000 of the 19,000 suspicious cases identified by the prosecution originate.

Kosovo special prosecutor Elez Blakaj, who had been leading the investigation into the alleged falsifications in the war veterans’ list, resigned in August 2018, claiming that he had been under threat from “known and unknown people” who wanted him to drop the investigation. Blakaj currently lives in the United States.