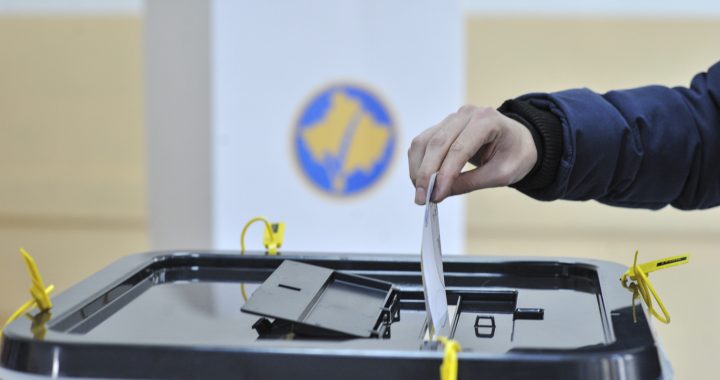 Peterle: Tight races for Kosovo’s second round of mayoral elections

“These were highly competitive elections,” said Alojz Peterle, Chief Observer of the European Union Election Observation Mission to Kosovo, EUEOM, at the publication of the mission’s preliminary report on the second round of mayoral elections.

The campaigning atmosphere and voting process was, overall, calm and orderly, he said. Counting of the ballots was also mostly efficient and transparent.

“Contestants were able to express their messages freely,” Peterle said, adding that there are still tight races in five municipalities–Prishtina, Prizren, Dragash, Rahovec, and Klokot–where the race is within about one per cent of the vote and thus might be determined by conditional and mail ballots.

Despite the mostly smooth voting process, the preliminary report, based on the findings of 70 EUEOM observers who visited 292 polling stations, noted several issues, including access to polling stations for persons with disabilities, some instances of family and group voting, and pressure and intimidation against representatives of Roma, Ashkali, and Egyptian communities.

The observers also noted instances of aggressive political rhetoric during the campaign.

“In [Prishtina], observers noted aggressive political rhetoric, with the two candidates resorting to accusations directed at each other rather than discussing content of their policies and election platforms,” the report states.

The EUEOM noted heightened tension in Gjakova and South Mitrovica due to competitors accusing each other of unfair tactics. The atmosphere in the Kosovo Serb-majority communities of Partes and Klokot was described as polarized, “but without occurrences of major incidents.”

In its preliminary statement on the first round of local elections held on October 22, EUEOM noted deep concerns about the democratic process in Serb-majority municipalities.

The preliminary statement on the second round raised further concerns. In Klokot, the report says, Bozidar Dejanovic, mayoral candidate for the Citizens’ Initiative Kllokot/Vrbovac, announced at the last minute that he was joining Srpska Lista–despite Dejanovic’s supporters’ earlier complaints that he was facing intimidation.

“This [last minute change] may cause technical problems, because such decisions change the context. Suddenly there were two candidates of the same entity. We did not elaborate on this very deeply, but in our report this fact will get some attention. I think it would be better for the voters if such a decision was made before the campaign,” said Peterle at Tuesday’s press conference.

On November 19, Partes repeated the first round of votes for mayor because the Supreme Court ordered an annulment of the October 22 elections due to grounded allegations of vote-buying. The EUEOM notes problems with vote counting in one of Partes’s polling stations.

“Counting in one polling station in Partes was particularly problematic, with political entities’ observers interfering with the process and alleging fraud. In this polling station half of the ballots cast were counted as blank, having no ink mark, but presenting indentations,” the report said.

Another concerned raised was the high number of recounts.

The report continues that Elections Complaint and Appeal Panel, ECAP, dealt with the high number of complaints within the tight legal deadlines.

“But the panel’s practice to reject complaints which were correctly filed after the closing of the polling stations as essentially premature has led to an accumulation of appeals after the publication of results and prolonged the process leading up to the certification of results.”

The EU election observers will remain in Kosovo until December 7 in order to see through potential recounts and the processing of all complaints. The final report is expected to be published in about two months.