Displaced Roma once housed in camps near the Trepca mine continue to suffer the effects of lead poisoning – and say a UN decision admitting negligence comes too late.

Ten years since he left the Zitkovac camp in the Zvecan municipality of northern Kosovo’s, Fejzullah Latifi points to the exact spot where he was housed in a tent with his family.

He and thousands of Roma from Mitrovica were displaced from their community, known as the Roma Mahalla, after ethnic Albanians from Kosovo attacked it on June 21, 1999, as Serbian forces withdrew from Kosovo and while NATO/KFOR troops were still being deployed.

Latifi, who is 26 but looks much older, took us to the hill he once called home next to a disused factory building in Zitkovac, near a smelter’s chimney.

The camp in Zitkovac, like several other camps that housed the displaced Roma, were all within 200 yards of facilities belonging to the Trepca mining complex.

Once one of Europe’s biggest mines, it employed 23,000 people back in the 1980s, extracting lead, copper, zinc and other precious metals. 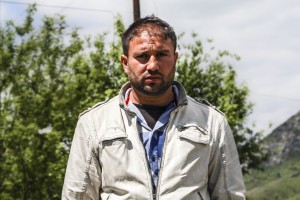 Latifi points to places where the waste from the mine was dumped, sometimes covered with a layer of soil, which he said would not cover the waste for more than a few weeks.

“Many people were poisoned because there was a hill with poison and Trepca was close by,” he said.

“Every time there was a light snow, all the pyrite would fall on us, on the barracks where we were staying in Zitkovac.”

The camps were close to the factory’s lead smelter and to three big tailing dams used to store mining waste, which has been scientifically proven as a cause of environmental degradation and pollution.

Trepca, which was administered after the war by the UN mission in Kosovo, UNMIK, was shut down for a time after peacekeepers working nearby were found to have high levels of lead in their bloodstreams.

Children and pregnant mothers are more susceptible to lead poisoning than most adults. It was the death of a four-year-old in Zitkovac, after she was diagnosed with lead poisoning, that prompted the World Health Organisation, WHO, to conduct a health risk assessment in the summer of 2004.

However, Latifi and others remained in the camp until 2007, when he was moved with his family to another camp on the outskirts of north Mitrovica, near the railway line.

Zoran Savic, a doctor from the Mitrovica Institute of Public Health, who administered blood tests to the children in 2006, said that of some 300 children he had tested under the age of 14, only 20 were below the accepted limit, of ten micrograms of lead per deciliter of blood.

“In some analyses, lead levels went above the amount we could measure – these are some of the highest levels registered in the world,” he said.

Savic said the unsanitary conditions in the camps were also a major factor in susceptibility to lead poisoning.

“For four years we lived in tents in Zitkovac before they finally built some wooden barracks,” Latifi complained. 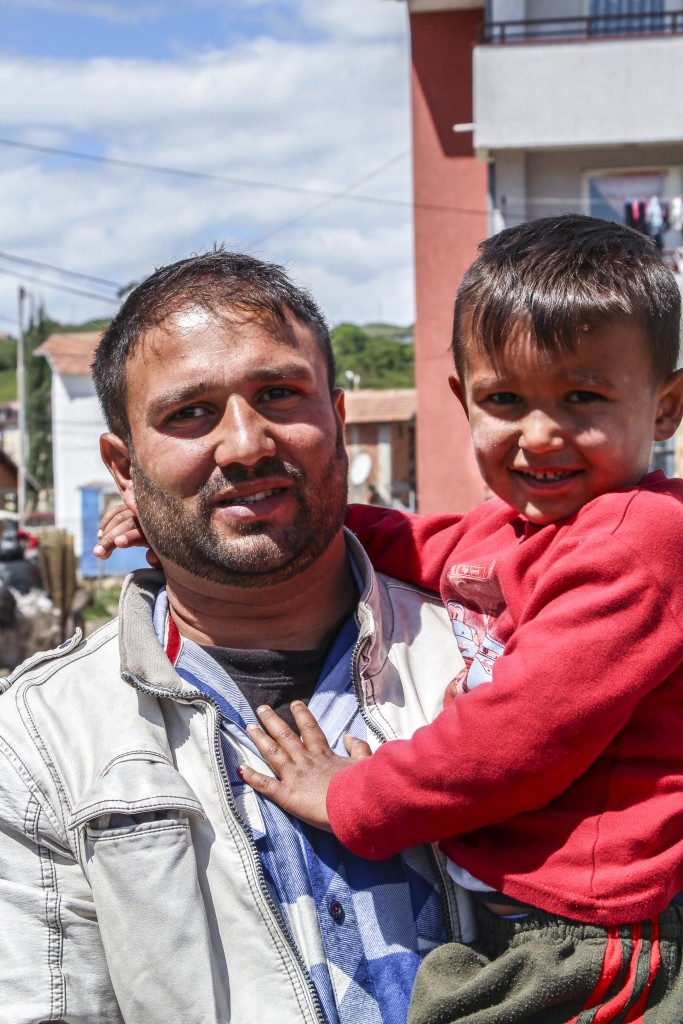 There was no heating and most of the inhabitants used wooden stoves to warm up and cook, which at times would start fires in the small camp.

Latifi lived in the barracks for another three years before moving to Cesmin Lug in 2007, which faced a gigantic hill of toxic waste.

Several years later, Cesmin Lug was evacuated and its occupants moved to Osterode, which was also close by but considered an improvement because of its paved surface and because it was more shielded from the open hill of waste.

Sixteen years since the Roma were placed in lead-contaminated camps, the UN has admitted that it bears some blame for the poisoning.

In a 79-page opinion dated from February but released in early April, the UN Human Rights Advisory Panel concluded that it was negligent of UNMIK to keep the Roma in the camps when the inhabitants were getting sick, and even dying, due to illnesses caused by the toxic environment in which they lived.

The opinion was a response to a complaint brought in July 2008 by 138 members of the Roma, Ashkali and Egyptian communities who had lived in the camps and suffered lead poisoning.

According to the panel, “through its actions and omissions, UNMIK was responsible for compromising irreversibly the life, health and development potential of the complainants that were born and grew as children in the camps.”

The decision called on the UN mission to acknowledge “failure to comply with the applicable human rights standards in response to the adverse health condition caused by lead contamination,” to issue a public apology to the Roma, and take “appropriate steps” towards making financial compensation without specifying what that would entail. 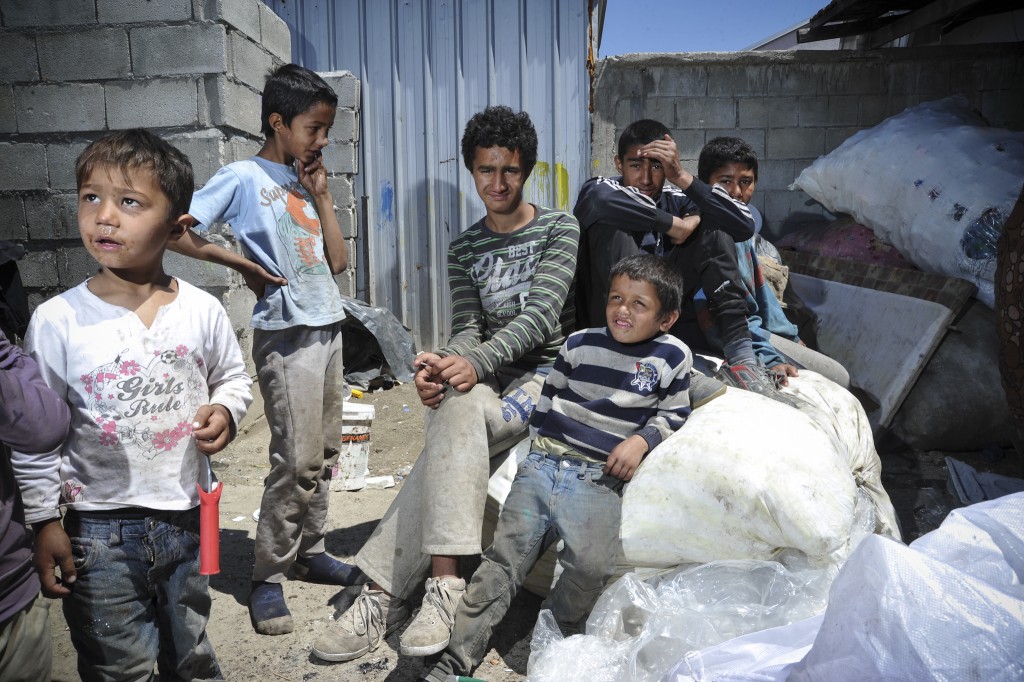 “The decision is the long-awaited morsel of justice for the hundreds of Kosovo Roma community members who were herded onto lead-poisoned land after the war in 1999 and then abandoned for ten years,” said Dianne Post, the American lawyer who represented the claimants, “as UNMIK ignored the pleas of the Roma that were supported by reports from WHO, international medical and scientific evidence and local and international human rights advocates.”

The panel has only an advisory capacity, so its decisions are non-binding. In response, UNMIK’s head of mission, Zahir Tanin, the Special Representative to Secretary General Ban Ki-moon, immediately following the release of the decision expressed “regret regarding the adverse health conditions suffered by the complainants and their families at the IDP camps”.

He also said that he had brought the complainants’ request for material compensation to the attention of the UN headquarters.

After Kosovo declared independence in February 2008, the camps were transferred from UNMIK’s control to the Kosovo Ministry of Communities and Return, despite the fact that Prishtina was not in full control of Serb-run northern Mitrovica, where the camps were located.

The camps at Cesmin Lug and Kablare were closed by October 2010, and Osterode was shut down in December 2012. Almost all of the structures where the Roma once lived have been destroyed.

A new site on the other side of the river was found for the Roma mahalla and homes for the Roma community were built there.

Today, some 380 families live in the new neighborhood, according to a Kosovo Roma representative in the Municipal Office for Communities and Return – far fewer than the 1,000 families who used to live in the original Roma mahalla.

“Today people are all over Europe and they can’t come back because they don’t have a house,” says Elizabeta Bajrami.

In the new Roma Mahalla, mention of the decision by the UN human right’s panel has been met with confusion. Almost a month after it was published, few members of the community had heard about it, including those who suffered the effects of lead poisoning.

Community members complain of a lack of information since they were moved. “Nobody has told me a thing about the poisoning,” Latifi said. 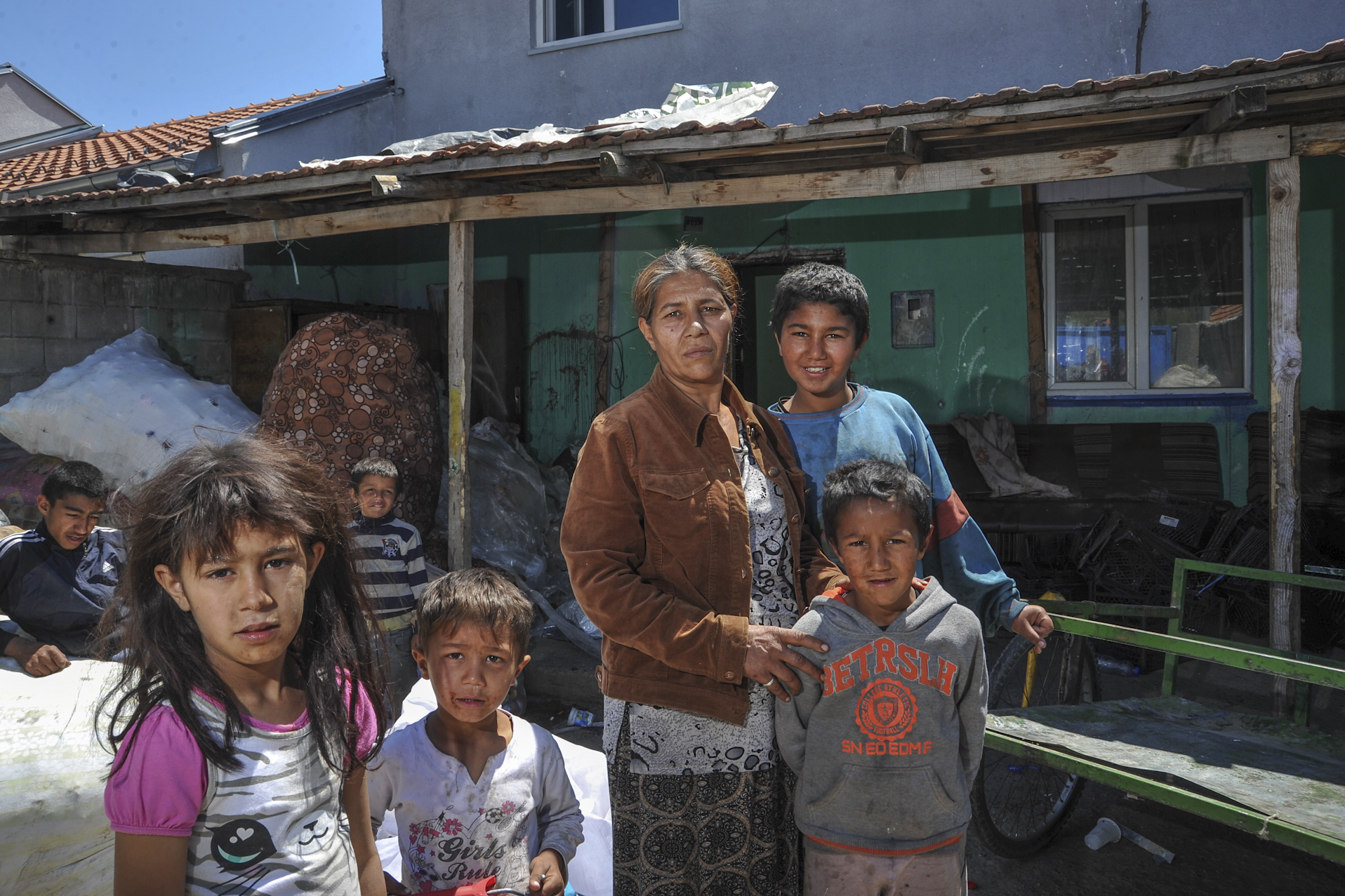 Fetije Sevdiu stands in front of her house in the Roma mahalla in Mitrovica.

Fetije Sejdiu lives with ten members of her family in a run-down house in the new mahalla.

Her front yard is full of scrap metal, plastic bottles, and other items collected from trash bins and public dumps.

Her kitchen consists of a hot water boiler on the floor and she has a wood-burning stove in the living room for heating and for cooking.

Her son died while they were living in the Zitkovac camp when he was just seven. She blames it on lead poisoning.

Fetije says her time in the camps left indelible effects of illness and that unless the decision results in concrete action, it will mean nothing to her.

“My children are sick, I myself am sick, I have a heart disease and breathing problems. My children are [poisoned] by lead. Nobody took care of us,” she said.

She says that while UN humanitarian workers once came to bring some medicine for the children and to do checkups, this has long since stopped.

The hill next to the camp sites in Zitkovac. Photo: Atdhe Mulla.

Other families have similar complaints. Abaz Kajtazi blames the lead poisoning for behavioral problems evident in two of his children, now aged 15 and 10.

“It is not like my children have stunted growth but they have issues with anxiety, anger and sleeping,” he said.

Latifi said that while the new homes are a major improvement on the old camps, the Kosovo government has not followed through by providing them with any welfare benefits or access to medicine.

“I went to complain to get some aid, but they [the officials] told us that there’s nothing for us,” Latifi said.

He said he looks to the Serbian-funded health system, which still functions in northern Kosovo, for assistance.

“To be honest, we go to the Serbian side for doctor check ups. On this [the Albanian] side, everything is about money,” he said. 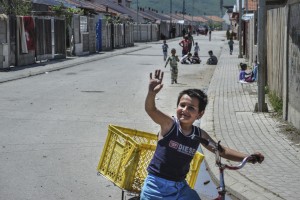 “They write you a note for something that costs 10 euros. Where can I get 10 euros? On the northern side it’s different – they take care of us better,” he added.

Post, the US lawyer in the case, says the UN decision is at least a step forward.

“The decision is at least a recognition that the UN itself must follow the international principles of human rights and dignity that it establishes for others,” she said, “and that these principles apply equally to the Roma who have a right to a remedy and a right to justice.”

by Joanna Hanson
Next: Features