Kosovo is facing crisis levels of air pollution and environmental degradation, and yet its institutions are only in the early stages of implementing any regulations that might limit pollution and favor renewable energy.

Five of Kosovo’s major municipalities` citizens do not breathe clean air for at least 100 days of the year, due to the unhealthy levels of air pollution caused by the production of 1000 kilowatts of coal-powered electricity.

Challenging its biggest air pollutant are other pollutants that, in the 20 years since the war, have also had great repercussions on the environment. In the absence of legislation and investment, Kosovo is far from implementing any environmental standards.

The country does not tax the use of plastics and, as a result, plastic is widely used without any restriction.

Data of the Agency for Environmental Protection, shows that over 110,000 cars circulating in Kosovo don’t meet the EURO 2 emission standards for passenger car fuel combustion, while its cities place no restrictions on the movement of cars according to fuel combustion standards.

In Kosovo‘s cities, transport options are limited to automobiles as there are no bicycle or scooter lanes. A report by the Ministry of Local Government Administration, MLGA, shows that no municipality in Kosovo exceeds the standard of 20% of streets including bicycle lanes.

Another problem is the use of motor oils. A BIRN investigation reveals that most motor oils are burned for heating. In the investigation, Kosovo Customs indicated that the country imports 5.3 million liters of oils, while it recycles only 1000 liters. The remainder is used for heating, majorly polluting the atmosphere.

Air pollution has been associated with land and water degradation. A report issued by the MLGA indicates that Kosovo Municipalities are not managing to treat wastewater. There are only three wastewater treatment plants in Kosovo, serving less than 20,000 inhabitants.

A report by Kosovo National Audit Office shows that in period 2016-2019, 453 illegal cases of extraction of hard rock, sand and gravel minerals were identified. 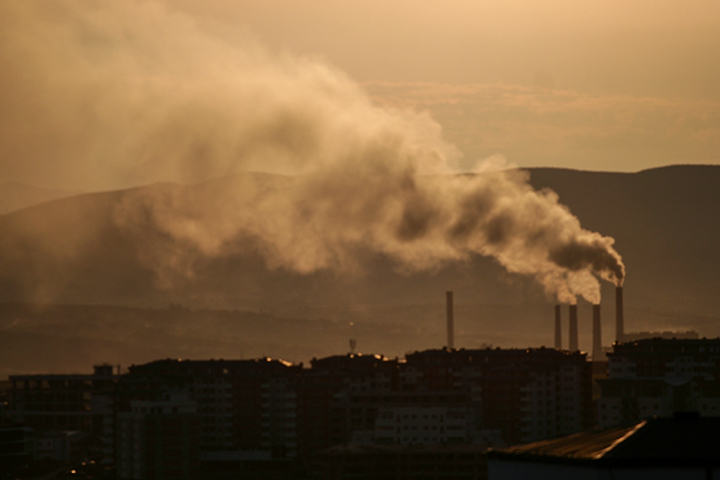 95 percent of the energy consumed in Kosovo comes from burning coal. In addition to centrally generating electricity from the Kosova A and Kosova B power plants in Obiliq, coal is the main source of heating in private houses.

The main alternative to coal is the use of natural energy sources: wind and solar.

Miran Vatovec from the European Union Office in Kosovo, told BIRN that the main contributors to environmental pollution are the coal power plants and the use of coal to heat family homes.

Vatovec emphasizes that, in the 15 years he has lived in Kosovo, he has seen almost no progress in reducing environmental pollution, neither in houses, households, transport or energy production.

A 2019 report on Air Quality in Europe, published by the European Environment Agency, ranks Kosovo as having the third-worst air quality indication in Europe. Every report on air quality in Kosovo, from the country’s annual reports on the state of the environment in Kosovo to the Kosovo Healthier report by the World Health Organization (WHO) and the United Nations Development Program (UNDP), considers its power plants to be the main source of air pollution.

At the Climate Diplomacy panel organized by the European Union Office on Wednesday this week, Miran Vatovec announced the European Union’s plans to construct a large solar power plant within the property of the Energetic Corporation of Kosova (KEK), costing more than 50 million euros and paid from the EU’s budget.

A report published by the European Environment Agency in 2018, using analysed data from 2015, stated that 3,700 deaths in Kosovo were caused by air pollution.

Per capital, Kosovo ranks first in Europe, with air pollution accounting for 0.2% (3,700o deaths). Serbia sees about 13,000 such deaths and has a population four times higher than Kosovo does, while in North Macedonia the death rate from air pollution is 0.14% (3,000 deaths).

“We will build a new coal-fired power plant if necessary,” said Liburn Aliu, Minister of Environment, Spatial Planning and Infrastructure, in a discussion at Kallxo Përnime.

The Minister of Environment stressed that Kosovo should perhaps use its coal reserves to achieve what alternative sources do not seem to be able to provide: energy security.

Attempts to replace coal-fired power with other energy sources were accompanied by setbacks and corruption in Kosovo. In Deçan, Biti-Shtërpce, and the Rugova Mountains, NGOs and residents oppose the construction of hydropower plants, claiming that the constructions have taken away drinking water and are damaging the natural environment. 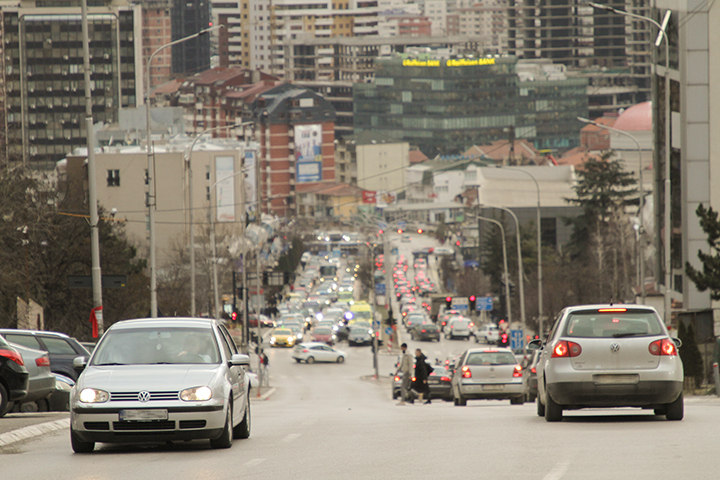 The sheer number of cars in Kosovo release vast amounts of gases into the atmosphere, increasing air pollution levels and damaging the environment.

To meet the criteria of a carbon-neutral country, policies must push for ending the marathon use of cars and replacing them with bicycles. Data from the MLG show that no municipality exceeds the standard of 20 percent bicycle paths on roads.

A solution for everyday polluters is not on the horizon, however, due to the lack of legislation penalizing vehicles with high emissions.

The report states that the greatest number of vehicles circulating in Kosovo fit the EURO3 and EURO4 standards and can be considered middle-aged vehicles.

Lifespan of plastic in Kosovo 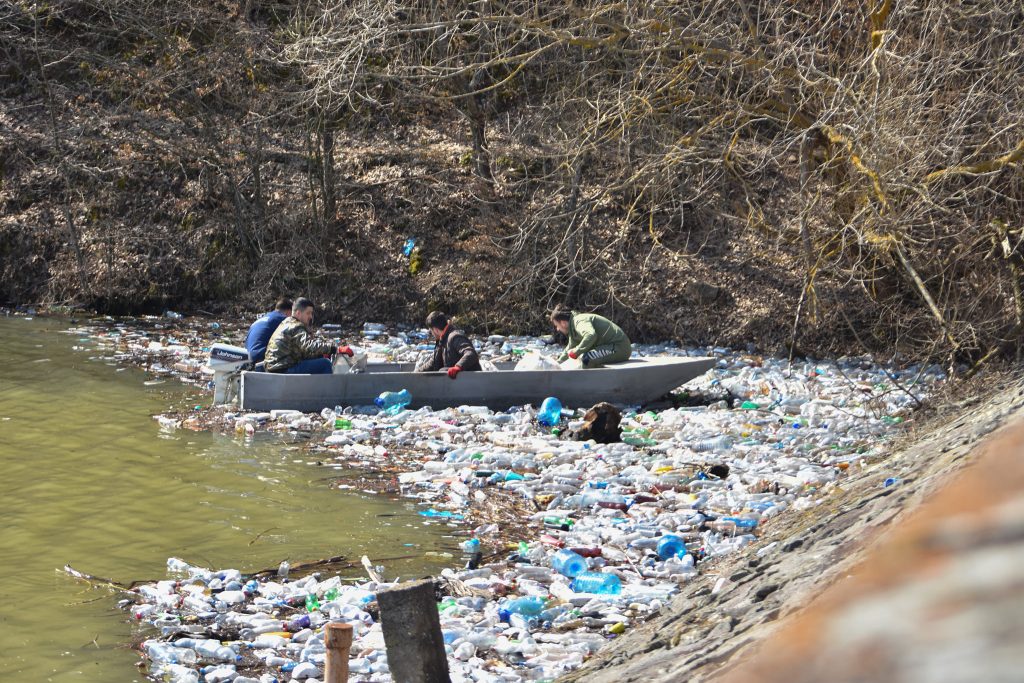 It takes about 500 years for a flimsy, non-biodegradable, disposable plastic bag to biodegrade; while its average service life is 12 minutes. Adding to this, the trend of using plastic bags (nylon) continues to a large extent in all purchasing sectors in Kosovo.

Statistical data presented at a round table organized by the Democratic Institute of Kosovo indicate that, in 2017 and 2018 alone, Kosovo imported over 12 thousand tons of plastic bags and bottles.

The blame for this situation lies with the legislation itself, which is deficient in relation to the management of plastic materials.

Currently, there is no policy for the disposal of plastic bottles or plastic bags in Kosovo. After use, they are disposed of in landfill and, if not taken by a recycling company, remain in landfill for hundreds of years as non-renewable material.

Linda Çavdarbasha, Deputy Minister of the Ministry of Infrastructure, Environment and Spatial Planning, told Wednesday’s panel organized by the European Union that the Ministry is working on a project to reduce and recycle glass, plastic, cans and bottles, entitled ‘The deposit strategy’.

“A citizen will pay a deposit for bottles [glass, plastic] and cans, and in the end, that deposit will be returned to the citizen. We will cooperate with other businesses so that this waste will be recycled and will not be deposited into the environment,” she said.

A BIRN investigation reveals that, among other causes, burning unusable vehicle tires is assisting the degradation of the environment.

In Kosovo, it is more than common to see fires burning vehicle tires, which are used to  amplify combustion or to help remove the wires inside the tires. All this burning is accompanied by a black smoke that directly contributes to air pollution.

Moreover, Kosovo has no official data on what happens to obsolete tires, while their illegal burning continues.

In 2019, according to Kosovo Customs, the country imported over 5.3 million liters of lubricating oils for vehicle engines, valuing 8.7 million euros and raising 3.6 million euros in taxes.

The Administrative Protocol on the ‘Management of Tires and Tire Waste’ mandates the prevention and reduction of environmental pollution caused by out-of-use tires, the recycling of obsolete tires and rubber waste, and the establishment of an information system for the collection, transportation, and handling of tires.

However, due to the lack of economic convenience, there is no interest to deal with tire recycling.

Where does Kosovo stand in the decarbonization of the environment? 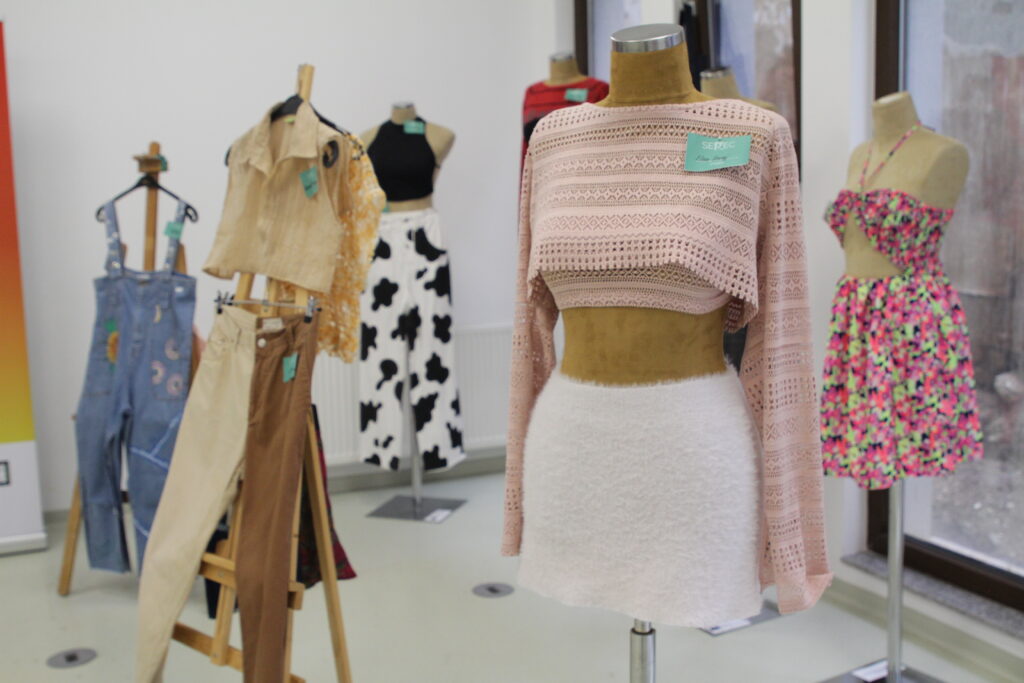 The ‘outside eye’ (aka the EU) does not see the decarbonization of Kosovo and the governing policies for the welfare of its citizens as making any progress in the fight against climate change.

The European Union is trying to push this cause during weeks of climate diplomacy organized by EU delegations around the world, ending with an awareness week that includes activities and debates on climate change and innovative ways on how to implement green policies and recycling.

“We need to know that time is running out and climate change is an unexpected problem. We must take it seriously and pursue the goal of decarbonization. Not only the government but also the municipalities, all organizations, and every individual,” said Miran Vatovec, of the European Union Office in Kosovo.

Vatovec, however, says the central level, the local level and citizens are to blame for Kosovo’s environmental situation. Emphasising his point, Vatovec blames all of Kosovo’s leading governments, all of whom, according to him, have failed to prioritize the environment.

“This government has finally put it [the environment] a little higher on their list of priorities, but they have to yet prove themselves. If they are on the right track then you will see that something will change,” he said.

The prosecution of environmental crimes is another issue that continues to lack the attention it deserves. Hundreds of cases that have been opened for environmental crimes remain unresolved in Kosovo courts, while the responsible inspectorates are very inactive in the issuing of fines to polluters, especially those companies and citizens that dump waste in green areas.

It is estimated that over 300 illegal landfills exist in the country’s 38 municipalities, while a BIRN survey conducted in 2020 shows that only 70 misdemeanor fines have been issued to polluters.