Rina Krasniqi’s award as both best actor and best actress at the Film Festival in Prishtina has sparked a debate about sexual and gender deconstruction in Kosovar society.

The 14th edition of the PriFilm Festival finished on September 25. But the festival, dedicated this year to the late director and PriFest founder Vjosa Berisha, has caused much controversy among critics.

This is because actress Rina Krasniqi, who played Luana and then Jack – the same character but with different genders – in the movie The Albanian Virgin, was awarded both “Best Actress” and “Best Actor” awards.

The unusual awarding of the main prizes at the Film Festival has sparked a debate about gender in Kosovo. The jury of the festival said the decision was difficult but reasonable given the professional acting of Krasniqi. 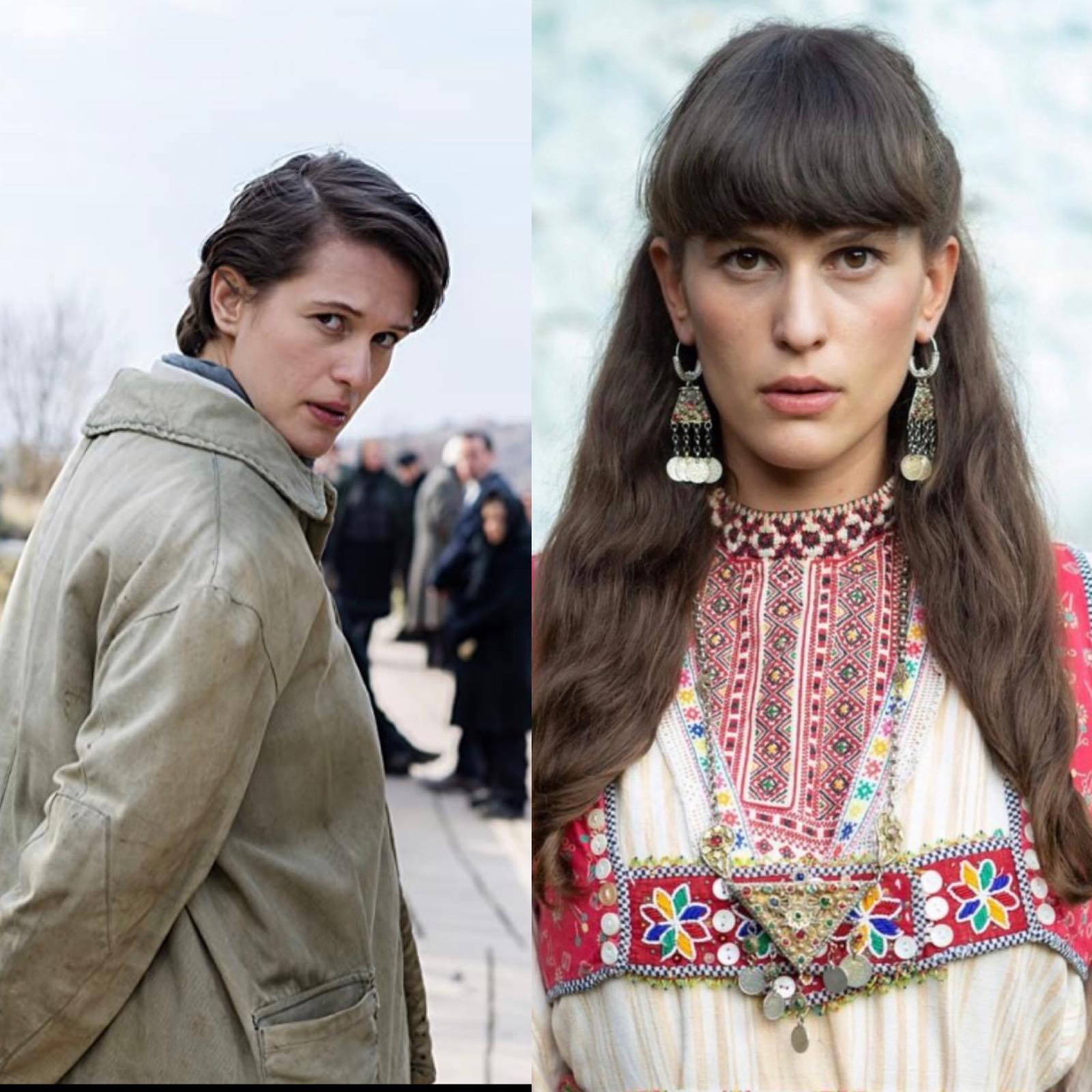 ” The way I see it is that these awards were given to Luana and Jack, and I happened to embody them both. I am very grateful for the awards, but it bottles down to these wonderful and profound characters and the beautiful story in which their development was told,” said Rina Krasniqi for Prishtina Insight.

This sexual deconstruction through awards was, however, criticised by dramatist and writter Ag Apolloni.

According to him, you cannot give the two main awards for two genders to an actress as if she were a hermaphrodite.

“Cate Blanchet played Bob Dylan, but was nominated in the ‘Best actress’ category. It’s that simple. You can give an actress the ‘Best Actor’ award, but it’s the same as praising a woman, saying ‘Too bad you’re not a man’ or, ‘You’re so good you deserve to be a man,’ Apolloni wrote on Facebook.

But Ana Manchukh, member of the jury of the festival, told Prishtina Insight that the decision was not easy and they had discussed it a lot among themselves until they unanimously decided to issue the final verdict.

“Each of us was convinced that Rina deserved both awards, because she embodied two roles that are completely different in character, not inferior to one another,” she said.

John Matheison, also a member of the evaluating jury, told Prishtina Insight that the decision was not swayed or influenced to win favour, or in any way politically tactful.

“Simply, it was the best male performance, by a female actor maybe, but isn’t that what actors do, play, not themselves?” Matheison asked.

According to him, the film about one character’s turbulent life is a truly powerful piece of cinematography that he sincerely hopes the rest of the world gets to see.

“Rina Krasniqi gives an extraordinary, once-in-a-lifetime performance: the emancipation of a woman who has to become a man to survive. In the 14th Pristina Film Festival, the finest performances for male and female were by Rina Krasniqi” he added. 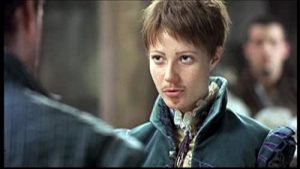 World cinematography has traditionally awarded actors and actresses based on their own gender, not on the gender of the character they played.

Linda Hunt remains the only person to win an Oscar for playing a member of the opposite sex, not a transgender. She was awarded Best Supporting Actress for her role as the photographer Billy Kwan in The Year of Living Dangerously, in 1982.

Cases where award-winning actors have played transgender people or people of the other gender (a man playing a woman or vice-versa) are more usual. Less usual are cases when the character changes gender in a movie because of external social circumstances, such as in The Albanian Virgin.

A similar case to The Albanian Virgin is the role played by Gwyneth Paltrow in Shakespeare in Love, in which her chartactar disguises herself as a man to join the Globe theatre’s troupe. It brought her an Oscar for Best Supporting Actress.

Another case is the act of Jack Lemmon and Tony Curtis playing musicians who join an all-girl band, to hide from the Mob. Billy Wilder’s classic Some Like It Hot earned Lemmon his second nomination for Best Supporting Actor at the Academy Awards.

While sex is determined at birth, gender is considered with reference to social and cultural differences, rather than differences in biology, according to the Oxford Dictionaty. Gender is increasingly seen as not binary but on a spectrum, and being a man or a woman is considered by some a socially constructed role.

The majority of world movie festivals categorize protagonists as men or women, and award prizes for “best actor” and “best actress” but some individuals do not identify with either group, so remaining outside of the awards category.

Mirishane Syla, a researcher of gender studies, told Prishtina Insight that the biggest contribution of sharing these awards in this form in Kosovo is that it has opened such a discussion in Kosovar society and the debate is focused on the performative aspect of gender.

Syla said that the fact that an actress like Rina Krasniqi can perform two different genders well enough to win prizes for both performances is a very good indicator that gender is above all a performative act.

“Rina in her role as a woman is not the real Rina. Only she determines who the real Rina is. If Rina would identify as a man and perform that identity in her life outside the film, then the reward for her role as a girl would have to be that of the best actor. And on the contrary, despite the fact that Rina plays the role of a man in the film, she remains a good actress for that performance. The gender performed in the film does not determine that of life outside the film,” she says.

“I identify as a cis-gender female,” Krasniqi told Prishtina Insight.

According to Syla, if the festival wanted to send the message that gender is a performance and therefore decided to award the actress with both prizes, that is not the correct understanding of gender and in this case it better not be such categorizations.

While big events like the Baftas, Oscars or Golden Globes still stick to the old binary division of awards, a  growing number of international festivals, including the Berlin Film Festival and Locarno Film Festival, have switched to gender-neutral categories.

The awards at PriFilmFest seem to be the first step towards such neutralization as well. And there could not have been a better moment and metaphor to introduce gender neutral awards than through a film depicting the life of a burreneshë, a woman who changes gender and becomes a man due to social circumstances.

The artistic director of PriFest, Fatos Berisha, told Prishtina Insight that the decision to give both awards to Rina Krasniqi was unusual, and different reactions are natural.

According to him, such reactions are to be expected when clichés are broken and open debates start about the world we live in and the industry in which we operate.

He did not comment on any plans to switch to gender-neutral categories for PriFilmFest.

“Anyway, I think that anyone who gives an opinion on the jury’s evaluation should have previously seen the movie The Albanian Virgin and the development of Luana’s role/character in Jack, which gave the jury a unique opportunity to make this decision,” he said. 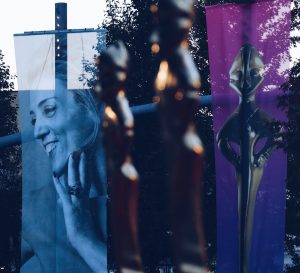 It screens prominent international cinema productions in the Balkans and beyond, and draws attention to the Kosovar film industry. This edition was dedicated to the producer and the founder of this festival, Vjosa Berisha, who died on June 23 this year.

The article was modified on September 30 to add the response of Rina Krasniqi, the actress.