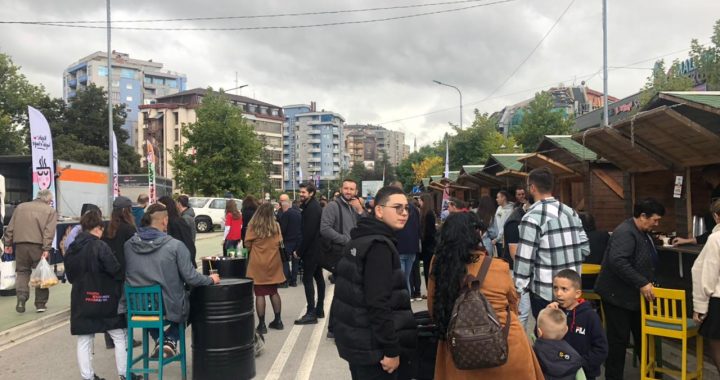 A coffee drinking festival is helping to bring together alienated communities in the divided city of Mitrovica.

On Thursday, at the Ibar Bridge, which divides the city of Mitrovica into northern Serbian and southern Albanian parts, locals from both sides have come together to enjoy the city’s Coffee Festival.

To get things going, some 100 coffee coupons were distributed for free from 10 a.m. from small wooden huts dotted throughout the area, where the participants received their drinks.

Besides coffee, according to Community Building Mitrovica, CBM, one of the organizers of the festival, participants have the opportunity to enjoy live music performances by different bands and DJs from all the communities in the city.

The Coffee Festival also includes an art and crafts corner with different games and visual arts where everyone has the opportunity to get involved.

The event is part of the Reconciliation & Conflict Transformation Activity, implemented by Community Building Mitrovica and partners from New Social Initiative and Youth Initiative for Human Rights – Kosovo, YIHR KS, and supported by the American people through USAID Kosovo.

For two decades, various institutions and organizations have been working for the reintegration of both sides, but the bridge over the Ibar River still remains a powerful symbol of ethnic division.