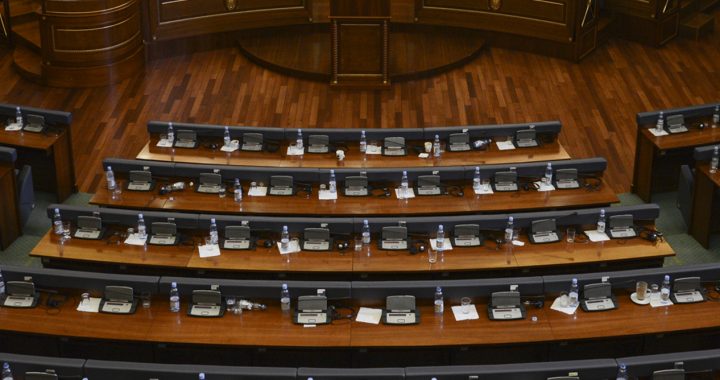 The cost of MPs' travels in recent years has been published, drawing angry complaints of extravagance, at a time of economic hardship for ordinary people.

Members of the Kosovo Assembly spent over 1.1 million euros on travel over 11 years, data published by the Assembly of Kosovo on Tuesday on MP’s travel expenses from 2011 to 2021 show.

According to the data, the costliest year in terms of travel expenses was 2012, when they spent 173,470 euros on trips.

The Assembly published the deputies’ travel expenses a few days after publishing their fuel expenses.

The expenditures have been criticized given the poor economic situation in Kosovo and a general assessment of the work of MPs over the years as often unsatisfactory.

Reimbursement of travel expenses of MPs was made based on a decision of the former Speaker of the Assembly, Jakup Krasniqi, in October 2011, issued pursuant to Article 20 of the Law on the Rights and Responsibilities of MPs.

“The deputy is reimbursed for travel expenses as follows: up to 30km – 10 euros, up to 60km – 20 euros and over 6 km – 30 euros, for participation in the [parliament’s] plenary session and in the committee. Reimbursement of travel expenses does not mean expenses for fuel, but for all modes of travel,” the declaration clarified.

A meeting of the Presidency of the Assembly on Monday saw verbal attacks between the chairman of the parliamentary group of the Democratic League of Kosovo, LDK, Arben Gashi, and Ilir Kerceli, chief-of-staff of the Speaker of the Assembly, Glauk Konjufca, concerning expenses.

LDK MP Arben Gashi had stated that the post was directed at him, denying Kerceli’s claims and accusing the Speaker of Parliament Glauk Konjufca of inciting attacks against him.

After the publication of the expenses in the media, deputies of the ruling party, Lëvizja Vetëvendosje, said they were now giving up claiming travel expenses. The chairwoman of the LVV parliamentary group, Mimoza Kusari-Lila, invited other MPs to do the same.

“We want to inform the public that the deputies of Vetëvendosje Movement … will voluntarily withdraw from compensation for travel expenses, and at the same time we call on other deputies to apply the same standard,”  she said.

A deputy of the opposition Democratic Party of Kosovo, Mergim Lushtaku, also announced that he will now refuse such privileges offered by the Assembly.

“Understanding your indignation, taking into account the socio-economic situation in the country, I express my regret and at the same time inform you [the public] that from today I will give up these privileges,” he wrote on Facebook .

Lëvizja Vetëvendosje on Tuesday announced it had processed an official request to review the decision on the amount of compensation for MP’s monthly expenses.

This party said it submitted a request to Speaker of the Assembly Konjufca for the Committee on Budget, Labour and Transfers to review the decision.

An expert on the work of the Assembly from the Democratic Institute of Kosovo,  KDI, Eugen Cakolli, told Prishtina Insight that the hostile reactions to the MPs expenses reflected a belief that they had not always been efficient or honest in their work.

“One of the main reasons why the numerous expenses of the deputies for transport and fuel have provoked such a reaction is that, despite the large amount of money received by almost every deputy, it has not translated into work and efficiency in the Assembly … or into better fulfillment of legislative and other agendas,” he said.

Cakolli added that in general he based the reaction on three factors.

“First, the deputies who have received such compensations … have not always really come and stayed during meetings of the Assembly, which shows their irresponsibility in relation to the spending of public money,” he said.

Second, according to him, “is a category of MPs who could potentially have cheated [on their expenses] and for whom not only disciplinary proceedings should be initiated but investigative institutions should be involved … it has been reported that a large number of MPs who were compensated did not in fact live outside the city [of Prishtina] and still received such compensation.”

Thirdly, he said, the current poor socio-economic situation in Kosovo had influenced the reaction.

“As one of the poorest countries, it is mindless that deputies, in addition to their basic salary and compensation for per diems, i.e. about 200 euros that they receive per month for participating in sessions, be compensated for many extras, for transport and fuel, while on the other hand they have never been sanctioned for their absence or non-attendance at hearings. Deputies are not disciplined in this aspect,” he said.

Cakolli said the rules on MPs’ compensation should be scrapped, or a modality found so that MPs are not compensated twice for the same issue.

The basic salary of a deputy in Kosovo is 1,547 euros a month, excluding the remuneration they receive for participating in sessions and in parliamentary committees.

Data from the Kosovo Agency of Statistics, KAS, show that the overall unemployment rate in Kosovo is about 30 per cent.