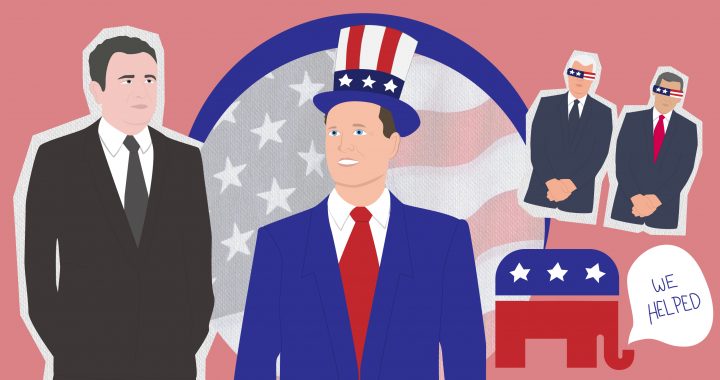 Kosovo can still be an ally of Washington’s and pursue its own vital interests at the same time.

Recent pressure exerted by the US Special Envoy Richard Grenell on Kosovo to scrap the 100-per-cent tariff imposed on Serbian goods has both shaken the government and polarised the opposition. But it has also revealed the abnormal state of relations between Kosovo and the United States.

Grenell’s Twitter diplomacy in recent weeks has seen him criticise or applaud Kosovo politicians for their statements on the tariff, a domestic issue, in actions reminiscent of his President.

In response, many Kosovo politicians have pledged eternal loyalty to the US and unquestionable obedience to the demands of Donald Trump and his envoy. Grenell’s criticism of Prime Minister Albin Kurti’s plans to partially remove the tariff has even incited wrangling between Kosovo politicians and put into question the fate of the government.

Leaders of the the Democratic League of Kosovo, LDK, have called on its governing partners, Kurti’s Vetevendosje, to unconditionally follow Grenell’s advice, or it will consider its position in the newly formed coalition government.

On Wednesday, responding to Kurti’s invitation for a meeting, the head of the opposition Democratic Party of Kosovo, PDK, Kadri Veseli, also openly raised concerns about a “confrontation” between Kosovo and the US.

President Hashim Thachi meanwhile, following his visit to Washington DC, revealingly stated in a press conference that: “All of Kosovo’s leaders are replaceable, but the US’ role is irreplaceable.”

This scaremongering by most of Kosovo’s political class – that opposing the US on any matter will break the alliance with the US, or marks a deviation from Kosovo’s pro-Western orientation – is a farce. Questioning US representatives, or considering other proposals, is not a sign of anti-Americanism.

If having different positions on matters is anti-American, then should the position of the European Union or the United Kingdom also be labelled “anti-American”, given that both parties welcomed Kurti’s plans to partially remove the tariff?

Grenell’s actions, as well as his character, have also been criticised from within the US, with former National Security Advisor Susan E. Rice describing him as “one of the most nasty, dishonest people I’ve ever encountered.”

More importantly, in international relations states operate on interests. If Kosovo cannot envision having an opposing interest to the US, or to any other state, then Kosovo is voluntarily giving away its sovereignty and becoming a subservient state.

Following this logic of blind obedience, smaller states should cease to exist and simply transfer their sovereignty to major powers.

It should mean, for example, that Slovakia, a relatively small European country, should have recognised Kosovo a decade ago – when the European Parliament asked it for recognition, and when the US openly called on the country to recognise Kosovo’s sovereignty. However, Slovakia refused.

In March 1999, when it was still a non-EU and NATO member, Slovakia allowed the use of its skies and land to NATO forces for its attacks on Serbia. It was behaving in pursuit of its interests – mainly its interest to become a member of both the EU and NATO.

But now it is part of both organisations, Slovakia pursues an independent policy from its allies and refuses to recognise Kosovo. Yet, Slovakia has not been isolated or removed from the club because it has pursued an independent foreign policy.

Sovereignty is not solely achieved by securing a seat at the UN, though President Thaci seeks to portray it as such, defining UN membership as the ultimate goal once it finalises a deal with Serbia.

Thaci has always sold himself to the Kosovo electorate as Kosovo’s only route to the UN, through his US connections – this helps explain the subordination to American interests. However, ultimately neither Thaci nor anyone else can give assurances that China or Russia would not veto Kosovo membership in the UN, even if a deal is struck.

On the other hand, Grenell’s objectives are clear. He wishes to harvest the results of mediating a deal between Kosovo and Serbia, and sell it as a victory for Trump’s foreign policy on the eve of US presidential elections.

The US President notably praised the so-called aviation deal, on restoring air links between Serbia and Kosovo, in a rare mention of Kosovo.

On Wednesday, President Thaci further hailed Trump’s involvement, and glorified Grenell over the so-called agreements on transportation signed in Berlin and Munich in January and February – but which were not published until BIRN secured the documents this week. Is it anti-Americanism to ask for transparency and question the content of those agreements?

Seeing the documents, it is clear these letters and statements of interest regarding air, rail and road links are unlikely to produce anything much, as they lack any legally binding or concrete plans on how to enforce them.

Kosovo and Serbia have signed more than 30 deals under EU auspices in the last decade. Most of them have never been implemented. These letters of interest offer no assurance that implementation can be achieved this time.

Grenell’s arguments about the nature of the dialogue between Kosovo and Serbia are also questionable. In fact, it is Grenell who has committed a “serious mistake”, with his persistent notion that Kosovo-Serbia relations should be centred around the economy. Anyone familiar with the Balkans is aware that this is an oversimplification, and essentially untrue.

Since the independence war of the late-1990s, Serbia has remained Kosovo’s main regional trade partner. It exports more than half billion euros’ worth of goods annually to Kosovo. Despite some barriers, trade is not the important issue between the two; it is Serbia’s constant denial of Kosovo as a state.