Human remains from three wartime massacres of Kosovo Albanians in 1999 will be analysed again amid fears that mistakes could have been made during identifications carried out without DNA technology, causing renewed grief for their relatives.

In the afternoon of August 7, 1999, after seven exhausting days awaiting exhumations at a cemetery in the city of Peja, Shahe Berisha carefully looked at each body that was taken out of a mass grave, trying to identify one of them as her husband Ramiz.

Most of the corpses, which had been piled on top of each other, had remained intact, and Berisha remembers how she spotted the body of Ramiz.

“He had one bullet in the neck and six in the abdomen. His beard had grown a little in the grave and one tooth was broken,” she recalled, speaking in her garden in Lubeniq, a village roughly 10 kilometres outside of Peja.

“I knew his clothes,” she said. “I hadn’t forgotten anything about him in four months. I remember his shirt since the moment he handed me our seven-month-old son and walked away with the other men.”

Ramiz Berisha, then 28, was among 64 men, women and children who were seized by Serbian forces in Lubeniq during the Kosovo war. He was killed just a few metres from his home on April 1, 1999.

His was among the first 12 bodies found in the mass grave at the Peja cemetery by Hague Tribunal experts who were searching for evidence for their indictments of Serbia’s military and political leaders for war crimes in Kosovo.

“Most of the bodies were easy to identify,” Shahe Berisha told BIRN “Forensics experts told me that Ramiz’s tooth was broken when he fell to the ground after the gunshots. I heard them saying that two bodies have been buried alive but I couldn’t understand who they were.”

The bodies of most of the other victims of the massacre in Lubeniq were found at three other locations in the village, as well as in the graveyard in Peja and at a police training centre in Batajnica in Serbia. Six of them are still missing.

But more than 21 years after they were found, the remains of Shahe Berisha’s husband and 11 other victims may be exhumed again.

The Kosovo government’s Missing Persons Commission, which is probing cases of potential mistaken identification of victims’ bodies, is planning to collect blood samples for verification.

It will review the identification of victims’ remains from three wartime massacres: in Lubeniq, in the village of Bishtazhin/Bistrazin, where 64 people were killed by Serbian forces in April 1999, and in Lubishte near Prizren, where 54 people were killed.

The announcement that further verification is necessary has caused renewed grief for relatives of victims who have up to now believed that their loved ones were correctly identified before being buried.

‘We want to know the whole truth’ 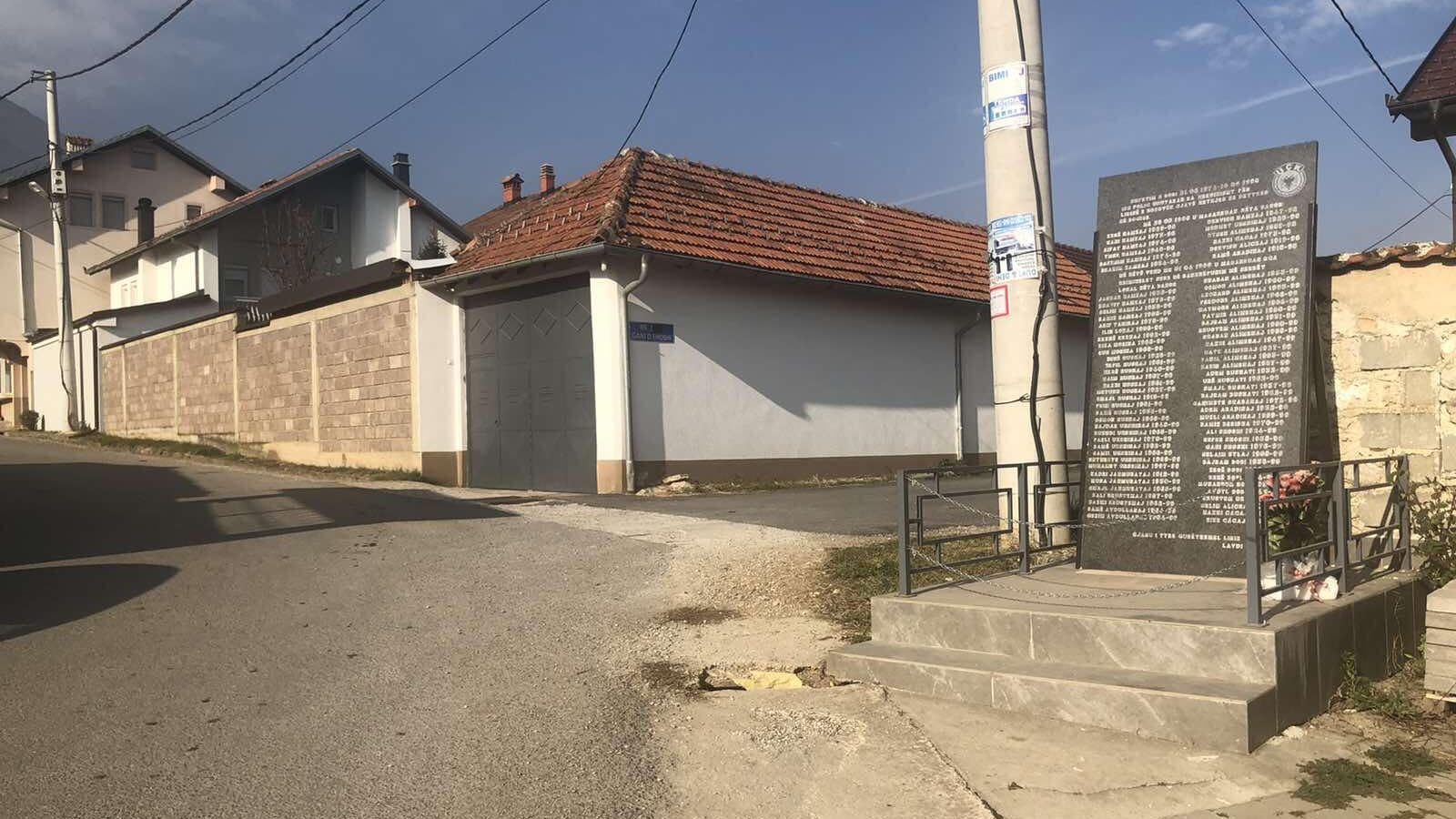 Memorial for the victims at the site of the massacre in Lubeniq. Photo: Serbeze Haxhiaj/BIRN.

Kushtrim Gara, head of the secretariat at the Kosovo government’s Missing Persons Commission, said that the decision to re-examine the Lubeniq case for potential mistaken identification was based on analysis of information and documents about the massacre.

“Of the Lubeniq victims, 12 were buried after being identified with the traditional method,” said Gara, referring to bodies identified through visual recognition, or from their clothes or other belongings, rather than the more sophisticated and reliable process of DNA matching, which was not available at that time.

“The remains of six people found in the same locations where the victims of Lubeniq were found are still in the Prishtina morgue,” he added, referring to six victims whose DNA samples do not match with those of the families of the 12 missing persons from Lubeniq.

“We will ask the families of those 12 people identified with the traditional method to provide blood samples to check if any of them were wrongly identified,” he explained.

Shahe Berisha said that she is almost completely sure she identified her husband correctly: “I have no doubt about that. However, we will give our blood samples. We want to know the whole truth.”

She said she saw most of the bodies exhumed from the mass grave at the cemetery, and that “there were some who we could not know who they were”.

A giant plaque with the names of those killed in the massacre has been installed in front of Miradije Rrustemaj’s door in Lubeniq, where the executions were carried out.

Like Shahe Berisha, Rrustemaj spent many days at the cemetery in Peja, waiting for the body of her husband, Salih, who was killed in the massacre at the age of 40, to be exhumed.

Her brother-in-law and many other family members who were killed in the massacre were identified, but not Salih, who is one of the six victims who are still missing.

She admitted that she does not have much hope that the verification of blood samples will result in her husband’s identification. “However, this is another possibility and we want this to be clarified,” she said.

“Families should give their blood samples. We want to see what happened,” she added.

‘I collected a bucket of bones’ 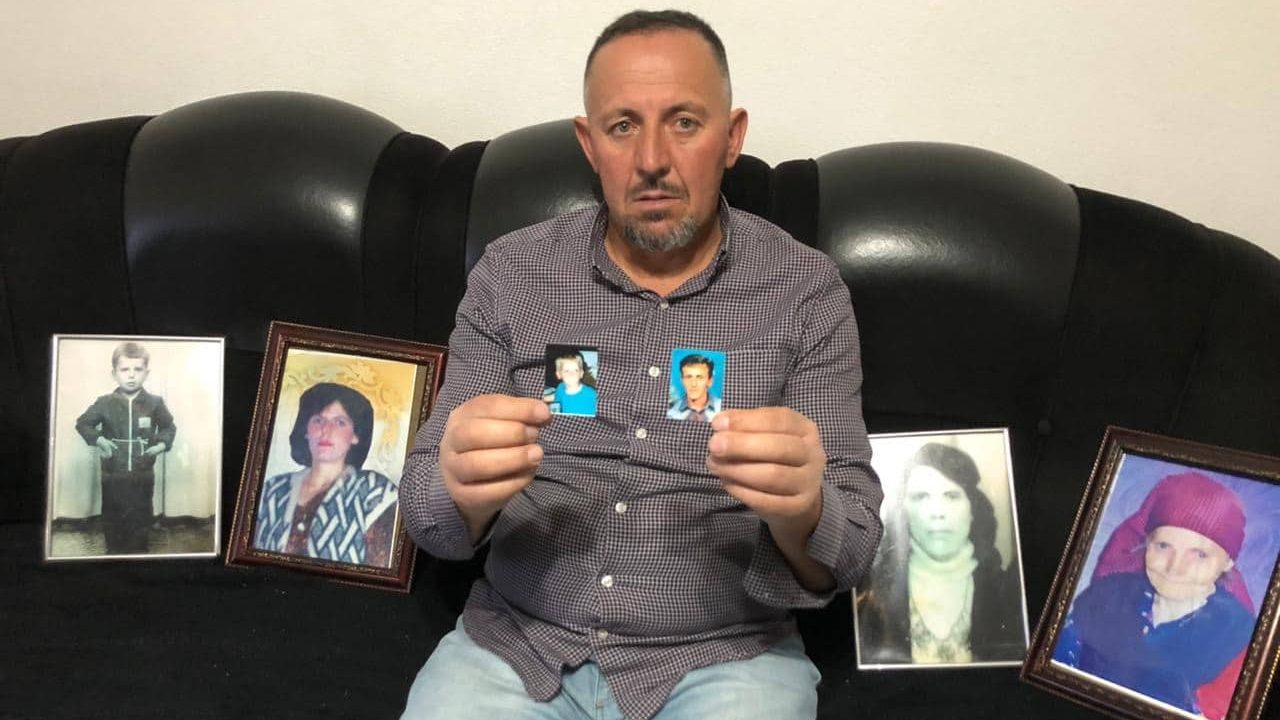 Pre-DNA methods of identifying bodies, which have been proven to involve a risk of misidentification, were used to identify at least 4,000 war victims until 2003, when an agreement between the International Commission on Missing Persons and the UN mission in Kosovo, UNMIK, saw the introduction of DNA matching techniques.

The International Commission on Missing Persons has since collected 14,913 blood samples from families of 4,447 missing persons, and, up to now 2,568 of them have been definitively identified.

However, 1,878 blood samples provided by family members of missing persons do not match any of the DNA profiles of the victims’ remains.

“This high number of NN [‘no name’] cases indicates that a significant number of misidentifications have taken place,” Matthew Holliday, head of the International Commission on Missing Persons’ Western Balkans programme, told BIRN.

Holliday said that the authorities and families of the missing should consider collecting genetic reference samples from family members whose loved ones were identified without the use of DNA matching. “This would reveal misidentifications that occurred before the introduction of the DNA-led process,” he added.

Twenty-three families of missing persons declined to provide blood samples as they refuse to accept that their family members were killed after being seized by Serbian forces.

“Up to 20 missing persons could be identified through DNA, if the families of all missing persons provide blood samples,” said Tarja Formisto, a forensic expert for the EU rule-of-law mission in Kosovo, EULEX.

One of those who has declined to give a sample is 74-year-old Halil Hasani, from the village of Cabre in the North Mitrovica area. It’s been almost 21 years, but he has not lost hope of seeing his four missing sons again: Fadil, then 32, Gazmend, who was 24, Armend, age 20, and 15-year-old Hasan were seized on June 8, 1999, the day before Serbia signed an agreement with NATO to withdraw from Kosovo.

Hasani still believes that his sons are still alive somewhere in Serbia and has not responded to the authorities’ requests for blood samples. “For many years I have had information that they are alive,” he said, although he declined to say who gave him the information.

Arsim Gerxhaliu, the head of Kosovo’s Institute of Forensic Medicine, said that the correction of possible misidentifications means that over 20,000 blood samples must be taken from the relatives of the victims.

“It is a very complex process and we should have a subtle approach with families of victims who may have been mistakenly identified,” Gerxhaliu said.

In July 1999, they found the remains of his sister-in-law Ferdone and buried her. All the others are still listed as missing. “I collected a bucket of bones and gave it to the Forensic Institute,” Alimehaj told BIRN. “But for 21 years, nothing has happened.”

He was cautious about what might be expected from the authorities’ efforts to take blood samples in order to identify all the victims of the massacre correctly.

“We will wait for this initiative to collect samples to deliver something. We will also dig the graves, but let them remain open,” he said.

Reading through the pandemic