Kosovo’s Rolling Film Festival takes the lead in bringing Roma contribution to Kosovo cultural life to the fore, and continuing the legacy of Roma poet and political activist Kujtim Pacaku.

Since starting as a festival volunteer at the age of 13, Denis Mustafa has become one of the creative forces behind Kosovo’s independent international film festival, Rolling, which celebrates Roma culture through documentaries and short films from across Europe.

Since 2009, Denis has been working with Roma youth in Kosovo, hoping that they will carry the torch that Rolling’s organizers now hold, and use artistic expression as a means for political change – and Denis himself is the product of Rolling’s success.

Beginning as a volunteer who helped the festival in its first edition in 2009, he started by putting up posters, assisting with organization and helping the image of the festival come to life. Now, as a project manager and a filmmaker in his own right, Denis is helping young Roma people to create their own stories.

“Back when I started with the festival I was only 13 or 14 years old, I wanted to get active and change my society. Rolling was there to support me, have patience with me and guide me to become what I have become today,” he told Prishtina Insight.

The festival begins on Tuesday, November 13, with the opening ceremony at the ABC cinema in the center of Prishtina at 19:30. The festival will feature fifteen documentaries from international filmmakers, as well as ten short films created in Kosovo with the Roma youth community through the project of short filmmaking workshops, Cikore Filmja.

With Denis and the team from Rolling Film Festival, these kids have told stories that have won prizes at international film festivals using nothing but a camera phone. 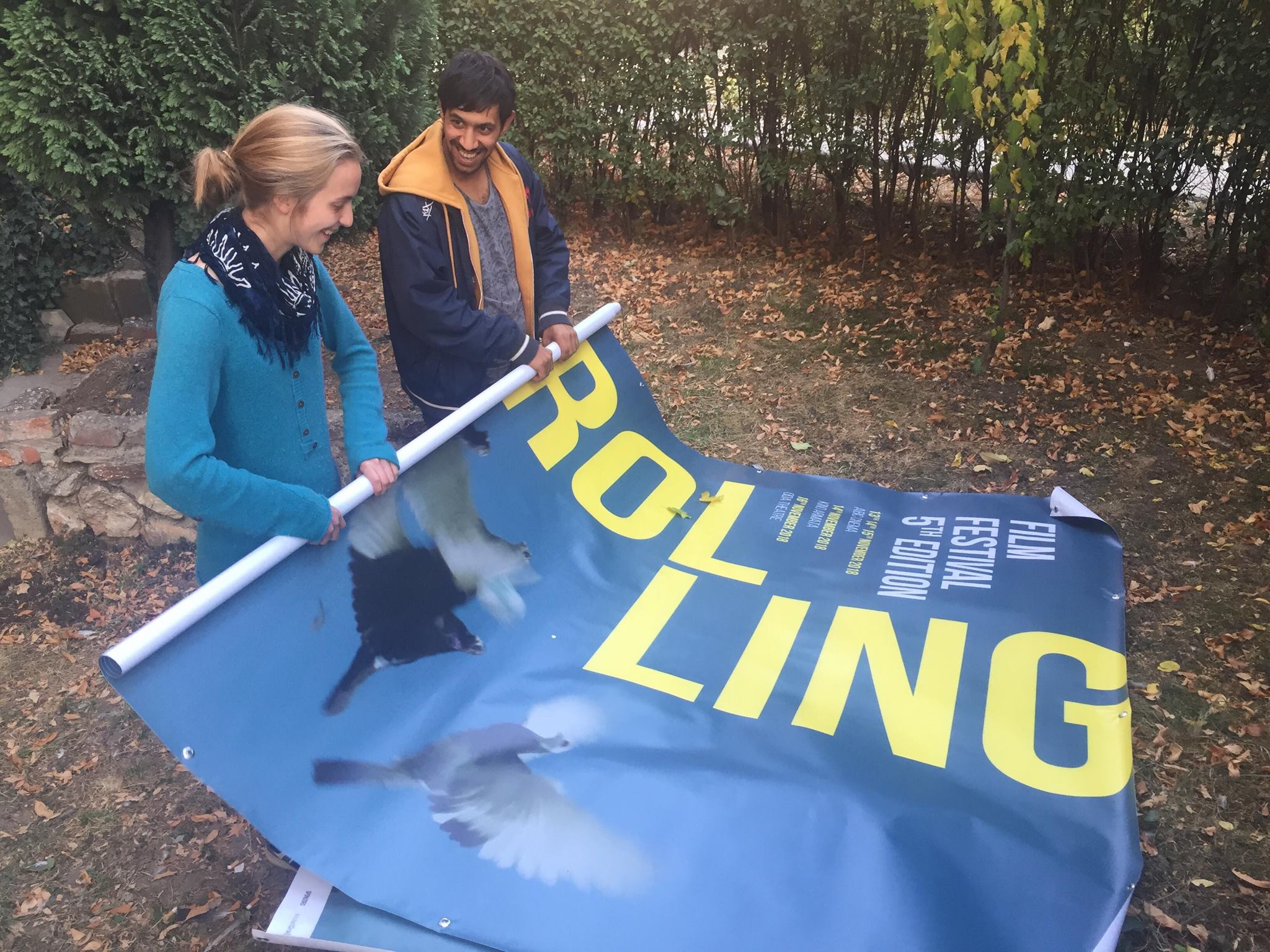 Denis’s most recent documentary, “Dream Corners,” will play on Thursday at 2:30 pm at ABC, looking at the lives of Roma first grade kids in Kosovo, and the volunteers who made it possible for them to start getting an education.

Like Denis’s film, Rolling Film Festival blends people-driven stories of Roma realities with universal and relatable themes, the organizers said, that both enrich Roma culture internationally and engage and inspire Kosovo’s Roma youth to use art as a way to shape their own reality.

“These films will illustrate Roma culture, history, art scene, celebration, but also the misinterpretation and injustice faced by Roma spread around the world,” said Sami Mustafa, filmmaker and artistic director of the festival.

Despite leading the short film workshops with the kids alongside trainer Faton Mustafa, directing Rolling and becoming an established filmmaker focused on Roma life and culture since the end of the war, Sami denies being someone for Roma youth in Kosovo to look up to.

“We are trying a lot to involve them, educate them. Everyone here has played a role to motivate these kids, and we all do the best we can,” said Sami.

But Avni Mustafa, executive director for youth education NGO Roma Versitas Kosovo, director of Rolling Festival and a friend of Sami’s since childhood, will not let this slide.

“I think that Sami as a person has become a brand for the Roma community, youngsters especially. Sami’s a big role model for the youngsters, everyone who was involved with Cikore Filmja is planning to become Sami one day,” said Avni.

Sami’s most recent film, “Home away from home,” will play on Thursday at ABC Cinema at 14:00, which looks at the life of Sejdo, a Roma child, who has been forcibly deported from many countries, and his life in camps and with other kids as he tries to get an education.

“We want to break the stereotypes and prejudices that Romani are facing. As a festival, we are every time interested in bringing something new,” he continued. “We bring movies that are known at an international level, but not to forget to raise the awareness of the Roma youngsters, to transfer all this knowledge we have about film production and festivals to a new generation.”

Despite 2018 being the fifth year the festival is held, Sami and Avni explained that Rolling’s legacy goes back to the end of the Kosovo war. Along with NGO Balkan Sunflowers in 2003, Sami helped to make the documentary film “Welcome to Plemetina.”

“They brought an international filmmaker from Australia, someone who himself was lost, in his youth, and planted him in the middle of nowhere in Kosovo to make films with the young people in our village,” said Sami. “To introduce others to Roma culture, I started making films. The end of the war was really fresh when I started, so it was also a part of the process of reconciliation as well between communities.”

After that, Sami and Avni started work on more media documentaries and found projects by themselves, and by 2005 Sami picked up his own camera and began working. Now, they hope to transfer the knowledge of what they were inspired by as Roma youngsters, and show today’s youth what it can be like to build and create something of their own.

This year’s edition of the festival aims to blend themes of artistic expression and political activism, and celebrate the lives of Roma changemakers across Europe. The team explained that Rolling has been dedicated this year to Kujtim Pacaku, a poet, politician and human rights activist who died this year in May, who inspired the Rolling team.

The festival will open with “Taikon,” a film by Lawen Mohtadi and Gellert Tamas that follows the life of Roma writer, politician, human rights activist and “Swedish Martin Luther King” Katarina Taikon, who dedicated her life to helping the Roma community in Sweden in the mid-20th century.

Jacques Malaterre’s film “Mateo Maximoff – The Road Without a Caravan” will play on Wednesday, about writer and collector of Romani cultural artefacts Mateo Maximoff. Following the film, there will be a discussion with Evelyne Pommerat, a librarian at the Mateo Maximoff library in Paris, which holds the largest archive of Roma artistic and literary works in the world. 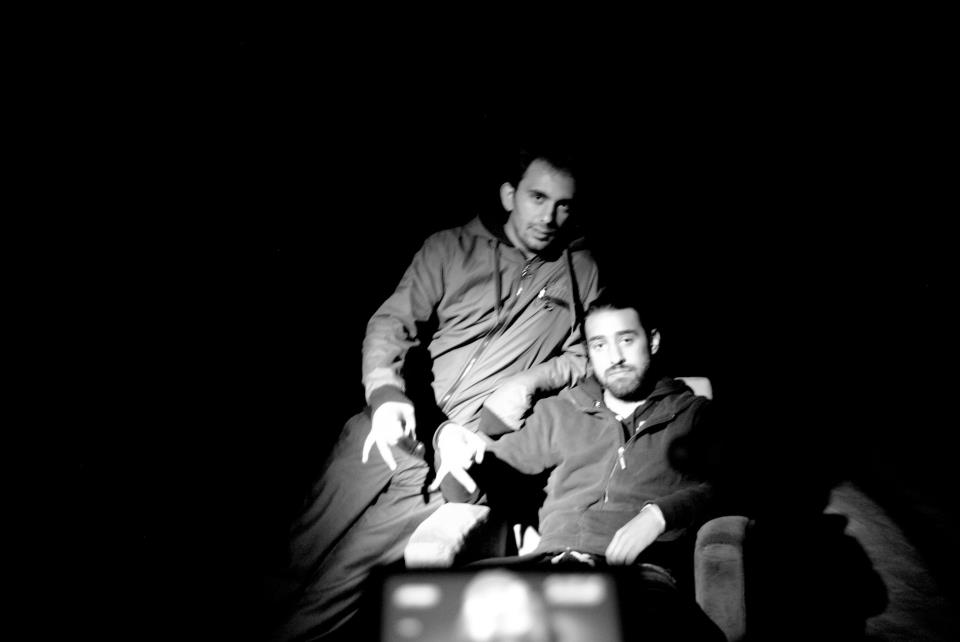 Sami’s own 2015 film, “Trapped by Law,” will be shown this year on Thursday at 20:00, a film following five years in the lives of Kefaet and Selamet, two rappers from Essen who are forcibly repatriated to Kosovo from their family, who remained in Germany.

“We dedicate this event to him [Pacaku] and to inspire other people in Kosovo for the general meaning of change, political change, employment change, to migration even, especially in Roma deportation to Kosovo from western countries,” said Sami. “Kujtim was a man of words, poetic words that he used to illustrate Roma life. He decided to spend his last years as a politician with the faith to bring even bigger change.”

Roma Versitas Kosovo has worked closely with Romawood, an organization using film, music, visual arts, theater to promote dignity and equality for Roma in Europe to bring Rolling Film Festival to life, said Avni. He explained that they have over 700 beneficiaries that have continued their schooling and academic life thanks to their youth advocacy and educational activities in centers in Prishtina, Peja and Prizren.

Avni said that when talking about Romani culture in Kosovo, we need to accept that not much has been done to promote not just the cultural aspect of Roma life, but also their social inclusion in Kosovo.

“Maybe the only event that promotes and includes the engagement of Roma is Rolling,” said Avni. “The festival as an event is good mechanism, a tool, an indicator that will help us to promote better work here. There is still a big gap, and this is a time and a place for much more to be done.”

“Roma are the most discriminated against minority in Kosovo, and 92 per cent of the entire 5,000 people are not employed,” he continued. “It’s a community that can then be easily manipulated, and the community which experiences, every five or six years, new strategies or action plans.”

Avni explained that these documents from the Kosovo government have failed every time, both due to lack of support for their implementation as well as lack of funding to see them through, despite being solid legal documents that could help the government integrate the Romani community in Kosovo.

“This is why it failed, and now there’s a new strategy, the Strategy for the Integration of Roma and Ashkali in Kosovo, and if we don’t ensure the necessary funds and support from the government, this strategy will fail as well.”

Sami, Avni and Denis have done all they can to utilize education and cultural enrichment as a way to fight the political injustices that have encapsulated Romani life in Kosovo since the end of the war. Avni hopes that that Pacaku’s achievements, both in terms of culture and political change, will help to continue this legacy.

“Education, health, employment, art and culture all need to be moved forward, and people’s imaginations need to be challenged as well,” he said. “This can be achieved by the power of culture, which is essential for creating an open, inclusive society by encouraging debate and creating spaces for interaction and public artistic expression.”

The opening ceremony for the Rolling Film Festival will take place at ABC Cinema in Prishtina at 19:30. All activities and events in the festival are free of charge. For the full festival program, click here.

Coins and risks: The harsh reality of Roma beggars in Kosovo streets