In an interview with BIRN, Kosovo’s President Vjosa Osmani said Serbia is trying to destabilise the Serb-majority north of Kosovo as well as Bosnia and Montenegro, with support from its ally Russia, whose interests it serves.

Kosovo’s head of state Vjosa Osmani has accused Serbia of trying to destabilise the situation in Kosovo’s four Serb-majority municipalities in the tense north of the country.

“Serbia’s aim, helped by Russia, is to create tensions in the north because it is in Russia’s interest to widen the conflict and widen the international community’s attention and not let them just focus on Ukraine,” Osmani told BIRN in an interview.

“Militarily, Serbia’s allies are Russia and China. Serbia has been massively arming itself. They [Serbian authorities] want to serve Russia’s interests through destabilisation, mainly in Kosovo, Montenegro and Bosnia and Herzegovina,” Osmani said.

“Nobody knows Serbia better than us. We are the people who experienced a war and know what it means to have a neighbour who is constantly destabilising the situation,” she added.

Last week, Kosovo police were attacked several times close to the border with Serbia, where a road used for smuggling contraband goods was recently closed.

Belgrade officials have rejected Pristina’s claims that the attacks came from Serbian territory, while the European Union has warned against “unnecessary speculation that may add to further tensions”.

Osmani said that Kosovo’s version of the story “is not just an allegation”.

“All statements that are made by security institutions are based on reports we receive on a daily basis,” Osmani said.

On April 5, 2021, Vjosa Osmani became Kosovo’s fifth head of state in 13 years since the country declared its independence from Serbia.

The 39-year-old lawyer also became the second woman to hold the post, after Atifete Jahjaga, who was president from 2011 to 2016. 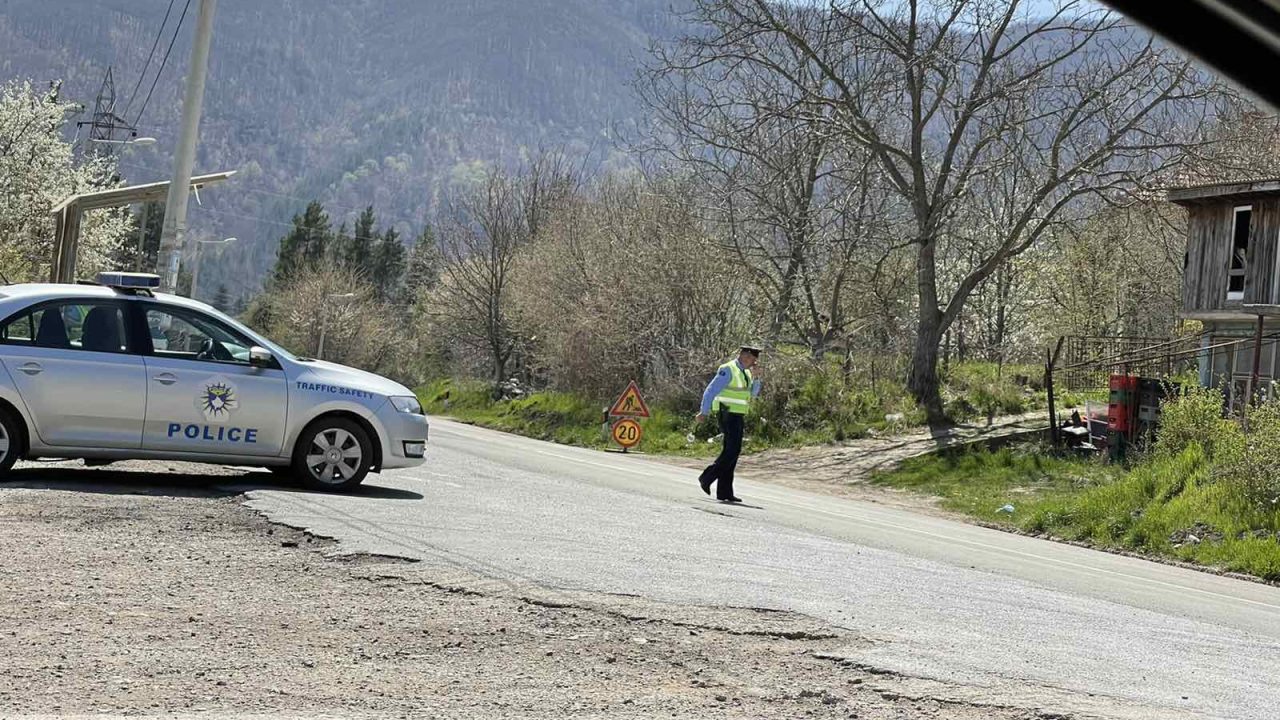 Kosovo police in Bernjak during a ground check after attacks against Kosovo police close to the border with Serbia, April 15, 2022. Photo: BIRN/Adeline Ahmeti

One of the key points of dispute between Kosovo and Serbia is the proposed Association of Serb-Majority Municipalities, a planned self-governance association of municipalities with a Serb-majority population in Kosovo.

The establishment of the Association was ratified by the Kosovo Assembly in 2015. But a Constitutional Court ruling the same year said that some of the points of the agreement to set up the Association did not fully comply with Kosovo’s constitution and should be amended.

In the ongoing EU-mediated dialogue with Kosovo in Brussels aimed at normalising relations, Serbia has increasingly prioritised the establishment of the Association, arguing that it is necessary to protect Serbs’ interests in the ethnic Albanian-majority country.

But some Kosovo politicians have argued that it would give Serb enclaves some powers that are outside central government control.

The Kosovo government insists that the Association will not be established ahead of a comprehensive settlement with Serbia, which it says must include recognition of its independence – something that Serbia insists it will never countenance.

Osmani criticised the European Union for staying silent on Serbia’s refusal to implement other agreements that it signed up to, while urging the establishment of the Association of Serb-Majority Municipalities.

“Let’s talk first about the fact that more than half of the agreements that Serbia has signed, it has never implemented, but so far we have never heard the EU publicly about and name an agreement Serbia has not implemented,” she said.

“They only speak publicly about an agreement which our Constitutional Court has ruled unconstitutional but never about agreements that Serbia has signed and not respected,” she added.

Osmani said that Kosovo hopes to see signals from Schengen countries on visa liberalisation for its citizens after the presidential election in France and that the focus of Kosovo’s institutions has now turned to the country’s membership of international organisations.

“For this year, the priority is membership of the Council of Europe and some organisations which could push us closer to NATO membership, such as the Adriatic Charter. We need to insist that Kosovo is invited into [NATO scheme] Partnership for Peace, which would be a step towards NATO,” she said. 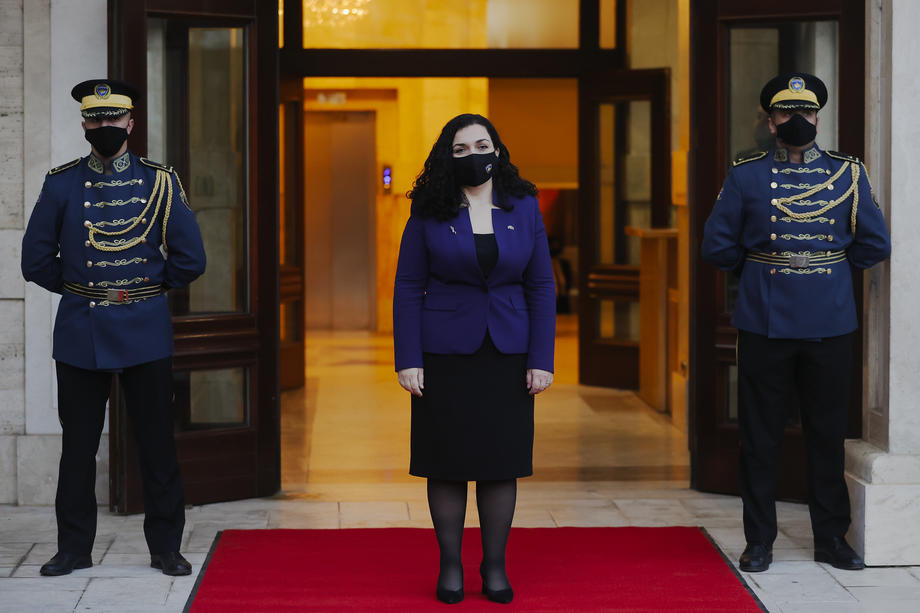 Speaking about the Open Balkan initiative, a cross-border economic cooperation scheme that was launched in 2019 by Serbia, Albania and North Macedonia, Osmani said that Kosovo will continue to refuse to get involved.

“This is an initiative which serves Serbia’s hegemonic interests in the region… Open Balkan is an opportunity to open the region up to Russia and China and this is dangerous even to the European Union and United States which are fighting Russia’s malign interests,” she argued.

Relations between Kosovo and Albania have hit a new low since the Open Balkan initiative was launched, as Albania’s Prime Minister Edi Rama has been advocating Kosovo’s inclusion while Pristina has been staunchly opposed.

“To me, it’s unreasonable and incomprehensible… We do not accept anything less than what we are: independent, sovereign and equal,” Osmani said.

Another issue currently facing Osmani is the ongoing controversy over the election of Blerim Isufaj as Kosovo’s next Chief Prosecutor, which has sparked criticism from the EU and from civil society groups in Pristina.

The EU’s office in Pristina has said that the Kosovo authorities failed to ensure a “fair, transparent and merit-based selection” for the position. Civil society organisations have claimed that Isufaj’s application revealed professional shortcomings, and have urged Osmani to take these into account when she decides whether or not to approve him as the new Chief Prosecutor.

Although the mandate of the outgoing Chief Prosecutor expires on April 21, Osmani said she is not in a rush to take a decision.

“The Prosecutorial Council sent its proposal to me days ago. There is documentation that needs to be studied deeply. I will listen to all the sides, including civil society, which has monitored the process, and the international community,” she said.

“There are some basic principles that need to be followed: the process should be transparent; the candidate should have integrity throughout their career, and other procedural issues. After we see if these principles are met, I will take a decision.”