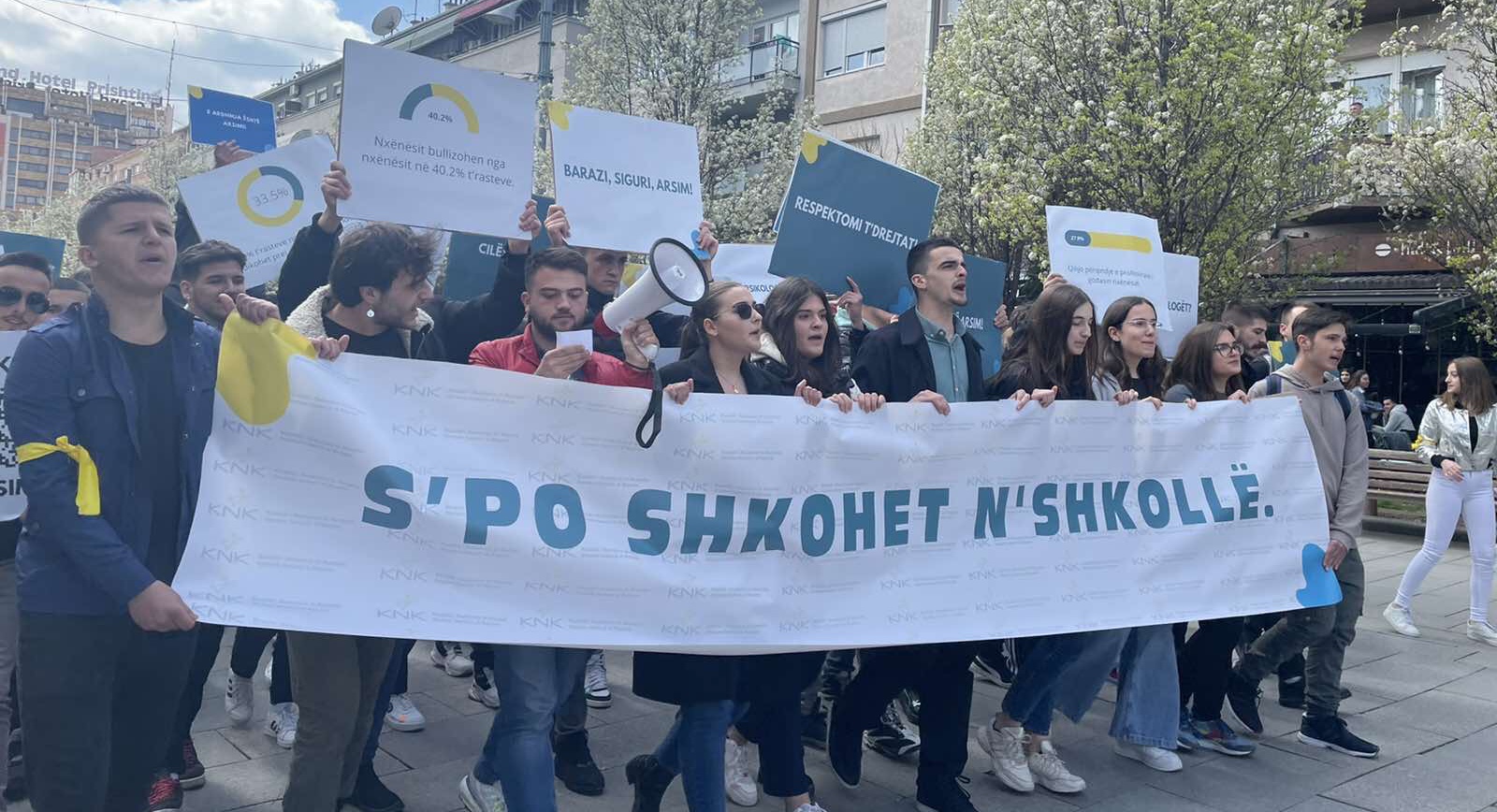 Students in Kosovo's 29 municipalities protested on Tuesday as a revolt against the problems they are facing in schools and the poor quality of education.

With the motto ‘No more will to go to school’, hundreds of high school students marched in Zahir Pajaziti Square in Prishtina.

Student protesters asked for more equality, security in schools, better quality of education, and the introduction of psychologists in schools.

March was organized by the Kosovo Students Council, and some of their other requests for the quality of education, teaching content, behavior of teachers, infrastructure of school institutions and the negative phenomena present faced by school students.

Besides the one in the capital city, the march took place in 28 other municipalities of Kosovo.

The student representative, Denis Krasniqi from the Kosovo Students Council, said that they are not going to school because every decision on education ‘is made for us, without us.’

“When we want to talk, we have to raise our hand. When we want our rights, they [teachers] offend us and harass us . When we complain we are threatened with the power of the grade,” he said in front of the Government.

Krasniqi revealed a series of complaints ranging from school cleanliness, to discrimination, curricula, system and the lack of psychologists.

“Our well-being is being despised, we are endangered by pollution and dirt, and the basic conditions for maintaining hygiene are missing… We do not have daily meals, we do not have proper toilets,” he said.

The students unanimously demanded that more psychologists be added to the schools and that bullying of students be stopped.

“We still learn through dictation and script. We do not have books. We don’t want to go to school because those books are old and discriminate against women and marginalized categories. The school is boring, the system is old,” Krasniqi added.

After this march, the Minister of Education, Science and Technology, Arberie Nagavci, reacted by saying that she is happy with the activism of young people and that she is of the opinion that quality in education requires joint commitment.

“We share the fully legitimate concern expressed by students about the situation in the education system, they have the right and deserve to have quality education, good working conditions, safe environments and equal opportunities,” she wrote on Facebook listing the work that has been done for education so far.

Kosovo, due to poor quality in education, has been twice ranked at the bottom part  of the list in the International Assessment Program, PISA.

According to the PISA result, 76 percent of students in Kosovo do not know how to reinterpret what they read and based on these results, Kosovo is ranked bottom third out of 79 countries participating in the test. 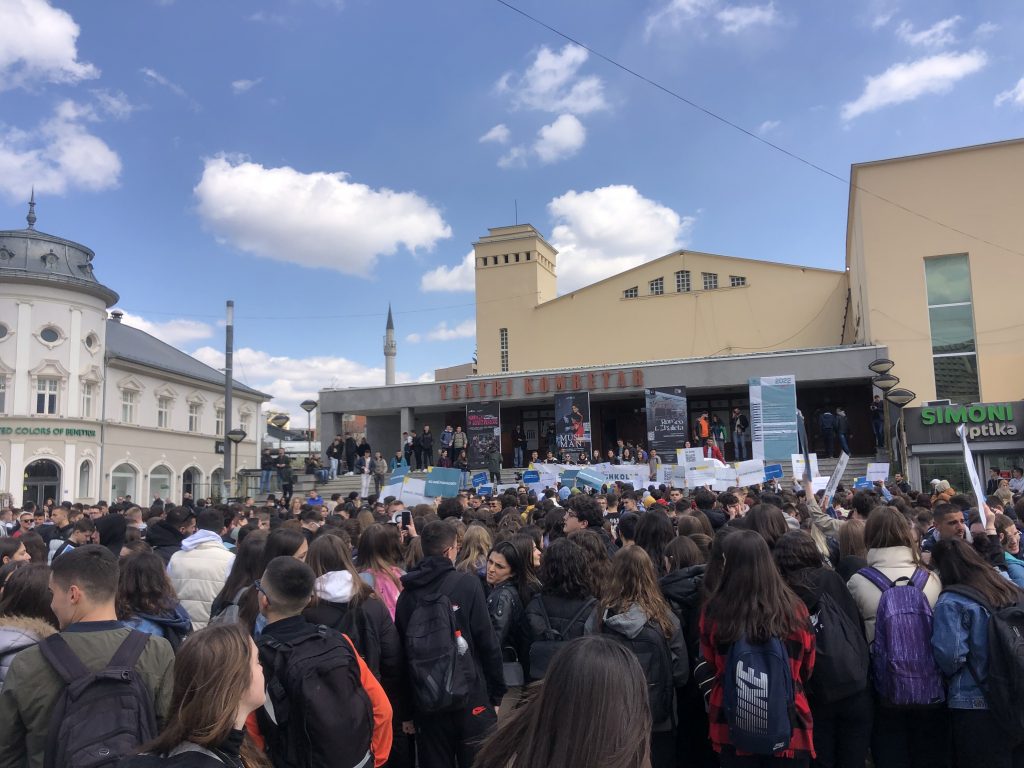