As the European Union-facilitated dialogue on normalisation of relations between Serbia and Kosovo languishes in a stalemate, Kosovo’s Deputy Prime Minister, Besnik Bislimi, says the conditions are not ripe for another high-level meeting between Prime Minister Albin Kurti and Serbia’s President Aleksandar Vucic.

Since taking the helm of Kosovo’s government in March, Kurti has met Vucic twice to try to kick-start the stalled dialogue, but meetings have produced more question marks than answers, as the international community pushes the leaders towards a final agreement that ends decades of hostilities between the sides.

“A meeting between leaders is held when it has substance. We have concluded that for the moment there is not enough substance, because the Serbian side is not feeling any pressure to be more constructive and discuss elements that contain a final agreement,” Bislimi told BIRN in an interview on Monday.

“The final agreement should be centred on mutual recognition,” Bislimi, who is Prime Minister Albin Kurti’s person in charge of the dialogue, added. 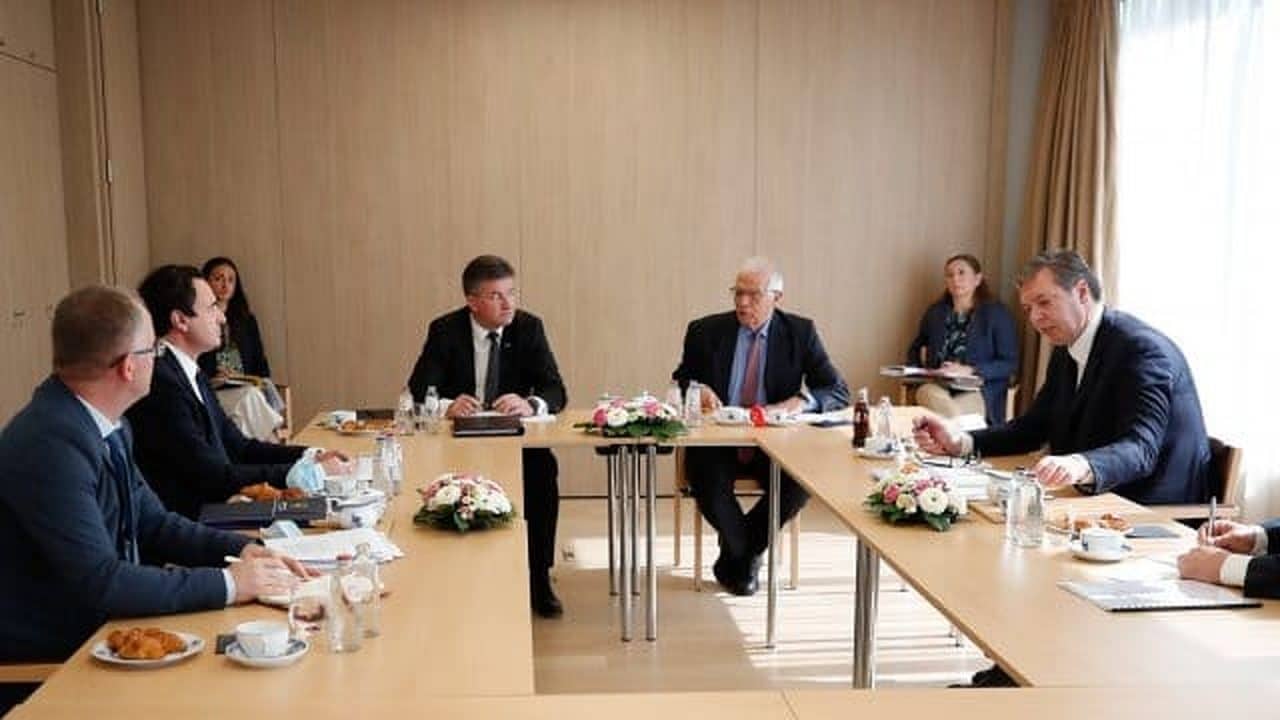 For years, Kosovo and Serbia leaders have traded accusations over the failure of implementation of agreements reached in Brussels since the process started in 2011, first on technical issues and then involving top political leaders.

The so-called Brussels Agreement in 2013 envisaged the establishment of an Association of Serb-Majority Municipalities in Kosovo. But eight years on, the idea remains stuck on paper, a casualty of continuing political tensions between Pristina and Belgrade.

In 2015, Prime Ministers Isa Mustafa of Kosovo and Ivica Dacic of Serbia signed an agreement on establishing the Association, but Kosovo’s Constitutional Court ruled the agreement anti-constitutional, although it gave the green light for another try.

“Nothing is happening about the Association,” Bislimi said in the interview.

“Serbia says we are ‘violating all the agreements but for us they are not important’. Our position is that Serbia has no credibility to ask anything from Kosovo unless it fulfils its own obligations,” Bislimi said.

He added that Pristina will not move forward with the Association until Serbia accepts Kosovo’s territorial integrity and scraps the so-called parallel structures – a network of Belgrade-run and funded institutions functioning mainly in the Serb-majority far north of Kosovo.

“The first [condition] is that no one contests Kosovo’s territorial integrity, meaning that Serbia recognises Kosovo’s existing borders … and the second is that it does not have any parallel structure to misuse the Association,” he said.

“The idea of integration through isolation is illogical, it does not exist in any EU country,” Bislimi added, of the Association, referencing demands for its high-level autonomy.

Everything depends on the dissolution of Serbia’s parallel structures within Kosovo, he maintained.

“They never have been dissolved. They have been strengthened and are being purposely used for the moment when, in their view, the Association is established, to be used for reaching goals,” he added.

But, asked if Kosovo authorities intends to arrest those working with these structures, Bislimi said no.

“You saw what happened with the operation against smuggling [in north of Kosovo]. We are not interested to solve a problem by creating two other problems,” he said, referencing popular unrest in the north over the Kosovo police action.

“We also want to include this health system under Kosovo government’s umbrella,” Bislimi said, referencing to healthcare system in Serb-inhabited areas within Kosovo, together with education and other social sectors.

Bislimi said the most dangerous parallel structures are in the field of security.

“They have been tolerated for a while and during this time of toleration have been empowered. As they get tolerated, so handling them becomes more difficult, so we have to show patience,” Bislimi said.

In opposition, Kurti favoured an internal dialogue with the Kosovo Serbs rather than engaging in dialogue with Serbia. Nine months on, his cabinet sees the problem through a different lens.

“Srpska Lista has consolidated its political power to such an extent that any tendency from Kosovo Serb citizens to go out of the frames dominated by Srpska Lista is followed, with sanctions against them. We are not interested in cooperating with citizens by damaging them,” Bislimi said, referencing the Belgrade-backed Kosovo Serb party, which has won in all elections within the Serbian community in Kosovo since its establishment in 2013.

One source of destabilisation – Serbia 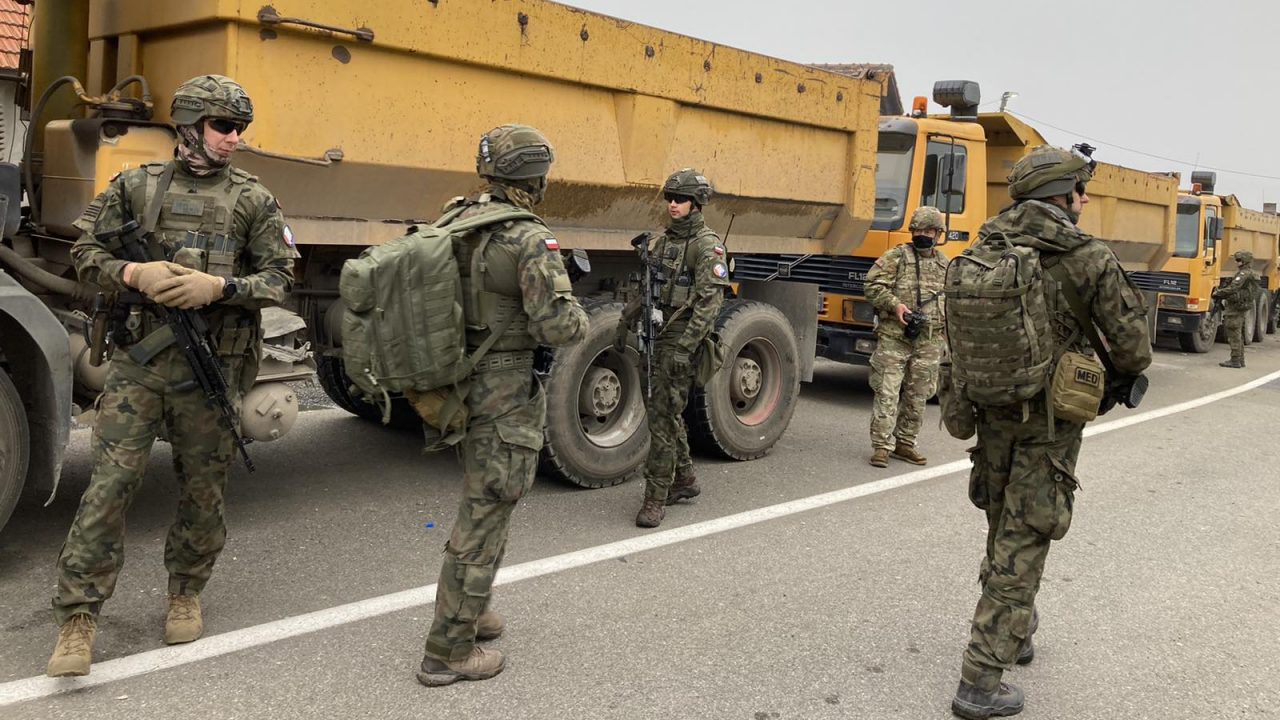 NATO forces in Kosovo, KFOR, deploying in Jarinje, close to the border with Serbia, after a dispute on license plates, October 2, 2021. Photo: BIRN

“One is Bosnia and Herzegovina, through election reform, another is Montenegro, through the Serbian Orthodox Church and the third is… Kosovo, through the idea of the Association of Serb-Majority Municipalities. All three sources have one thing in common – Serbia,” Bislimi said.

He said it was “wrong” to look at Banja Luka in Bosnia or Niksic in Montenegro or Mitrovica North in Kosovo as the actual sources of destabilisation.

“The source is in Belgrade, because it looks like Serbia is still not clear yet where its borders are, and sees countries in the region which are not EU members as a shop where they can be served with territories,” he said.

In September this year, Kosovo Serbs blockaded the Kosovo-Serbia border crossings at Jarinje and Bernjak/Brnjak in protest at the Kosovo government’s decision to change the license plates regime.

Under the new regime, drivers with Serbian-issued licence plates could no longer enter Kosovo without using temporary Kosovo plates acquired at the border – the same rule Serbia has demanded of cars with Kosovo plates for many years.

After 13 days of this standoff, the EU mediated an agreement under which Kosovo and Serbia agreed to impose stickers over the state insignia of each other’s licence plates as a temporary measure.

Meantime, teams from both sides are meeting in Brussels to find a permanent solution to the issue.

“We don’t know the end … it is not written yet,” Bislimi told BIRN, asked about a likely final outcome.

“Working groups should come out with proposals. If we have to remove ‘RKS’ [short for Republic of Kosovo from the licence plates] then ‘SRB’ should be removed too [from Serbian licence plates],” he concluded.