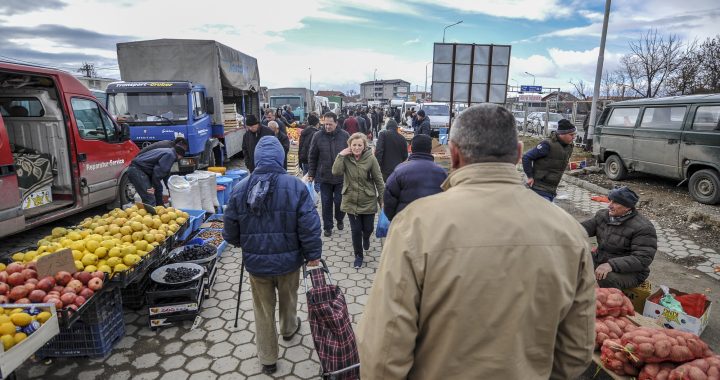 The number of people registered as job seekers in Kosovo jumped from 872 in March to over 32,000 in April, a GAP Institute report on the impact of the COVID-19 pandemic on the labour market reveals.

The number of people in Kosovo seeking employment is now 40 times higher than in March following the mass shutdown of economic activity in the country due to the COVID-19 pandemic, a report published by the GAP Institute on Monday states.

The report reveals that the amount of people registered as seeking employment with the Employment Agency of the Republic of Kosovo jumped from 827 in March to 32,377 in April. Between January and April 2020 the total number of registered job seekers was 37,392, compared to just 6,882 in the same four month period in 2019.

“Movement restrictions led to a drastic decline in business activities on the one hand, and a complete shutdown of many industries has left many workers unemployed,” the report states. “The rate of economic inactivity and the unemployment rate in Kosovo have been at high levels even before the pandemic… Without a comprehensive economic recovery plan, the number of unemployed could rise further in the coming months.”

According to GAP, more than half of the jobseekers registered in April were cleaners, agricultural and mining workers, or employees in the food service industry or transport workers. Retail and trade saw the largest reduction in the workforce, dropping from nearly 80,000 employees to around 43,000.

Opportunities to reimagine social welfare and the labour market

The report also assesses the Emergency Fiscal package of nearly 180 million euros provided by the previous Kosovo Government, hailing it as a “step in the right direction.”

The majority of this package, which was split between 15 different categories of financial support, was designed to support and subsidise monthly income for individuals employed by small and medium sized companies and those in need of social and unemployment assistance.

61 million euros were dedicated to financial support for small and medium sized companies paying monthly salaries of 170 euros and allocating a 50 per cent rent subsidy, as well as covering pension contributions for employees. 133,000 employees were registered to benefit from this measure as of May 6, GAP report.

The report notes that the Ministry of Finance and Transfers rejected many applications as a result of attempted misuse of financial assistance and errors in the online application process. There was also a lack of clarity over whether employees would receive salary contributions directly from the government or through their employer, which led employees to “complain that businesses were benefiting on their behalf.”

According to the Ministry of Finance and Transfers, almost 15,000 new employees were registered in the private sector in April and May as a result of the government’s measure providing 130 euros per month to company employees holding work contracts lasting 12 months or more.

“This measure may have affected the formalization of the employment sector,” the report states, adding that continued financial support for businesses that register their employees with one-year contracts after the Emergency Fiscal package is no longer necessary could contribute to the formalisation of Kosovo’s economy.

In its conclusions, GAP notes that the labour market may look very different after the pandemic comes to an end. “The post-pandemic world may require new economic activities and services that also require new skills,” the report states. “Therefore, together with the plan for economic recovery, Kosovo needs to do more to bring labour market demands closer to vocational education and training.”

GAP suggests that measures introduced during the pandemic situation could be harnessed to test out new, broader policies related to social protection. “With an accurate calculation of the financial cost, some of the measures undertaken by Kosovo institutions could be transformed into long-term government policies,” the report notes, adding that monthly unemployment benefits for active jobseekers, set out in Measure 8 of the Emergency Fiscal package, could contribute to more comprehensive social welfare policies for the country.

“The labour market may not be the same any longer as it was before the pandemic,” the report concludes. “Therefore, the post-pandemic period could be a new beginning for many public policies, including those of social welfare.”