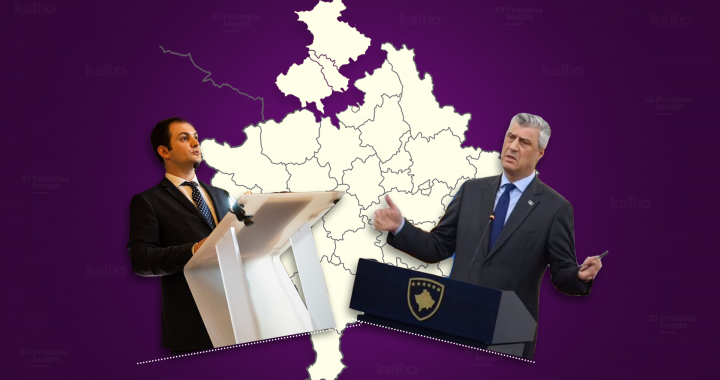 BIRN has discovered more evidence of Kosovo institutions lobbying for a land swap with Serbia: a Le Monde journalist states that Kosovo Ambassador to France Qendrim Gashi advocated for territory exchange, while an American academic has revealed that Hashim Thaci asked him to prepare a paper endorsing the plan.

On May 28, BIRN revealed that the PAN coalition Government paid 168,000 euros to Paris-based company, Majorelle PR & Events, who promoted the “Kosovo position” of “territorial modifications” as a route to a Kosovo-Serbia peace deal.

Dhurata Hoxha, who then served as the Minister for European Integration and signed the contract with Majorelle, subsequently described the story as “fake news” and threatened to sue for defamation. She also encouraged Speaker of the Kosovo Assembly Vjosa Osmani, who tweeted Prishtina Insight’s story, to “apologize and distance herself from her public statement.”

However, BIRN has since been in contact with one journalist and one academic who confirm that they were lobbied to write positively about ‘border corrections’ and a potential land swap between Kosovo and Serbia.

Jean-Baptiste Chastand, the Central Europe correspondent for Le Monde, has been covering the Balkans since 2015. He was contacted by Majorelle PR & Events in both 2018 and 2019.

“Qendrim Gashi came to Le Monde with a woman from Majorelle in order to talk about territorial exchange,” Chastand told BIRN on Friday. “He was basically saying that [territorial exchange] is a good idea to bring about peace, but he wasn’t very specific as it wasn’t clear what territory we were talking about.”

According to Chastand, Gashi was the only one talking in the meeting and the representative from Majorelle was silent. “What was strange to me is that Qendrim Gashi knew me,” Chastand said. “He had my number and we had met before. He did not need Majorelle to arrange the meeting with me.”

Qendrim Gashi was appointed as Ambassador of Kosovo to France by the PDK-LDK coalition government in 2016, when current Kosovo President Hashim Thaci was serving as foreign minister.

The embassy told BIRN on 27 May that he had been in touch with Majorelle PR & Events in order to “make contacts with journalists easier.” However, the embassy “categorically” denied that the ambassador had ever been involved in lobbying related to border changes. “The answer is simple, categorically: no,” the embassy stated.

BIRN challenged Gashi with the new information, asking him to confirm if he ever held a meeting with journalists from the Le Monde newspaper in which he pushed for territory exchange between Kosovo and Serbia to be seen in a positive light. Kosovo’s Ambassador to France failed to deny the allegation, his reply on 30 May stating that he has “no further comment.”

After his meeting with Gashi, Chastand wrote a story reporting on the idea of an exchange of territories, as well as the potential risk of violence if this idea came to fruition, but he says he did not need to quote the ambassador in the article. “My story on this topic was about to be published and I had been in Kosovo two weeks before,” Chastand said, adding that while in Kosovo he had met with President Thaci, who told him the same thing as Ambassador Gashi.

However, Chastand’s description of the meeting raises serious questions about Gashi’s conduct. Gjyljeta Mushkolaj, a former constitutional court judge, told BIRN that protecting the territorial integrity of the country is an obligation for any ambassador, even if he receives orders to do the opposite.

“Article 16 of Kosovo Constitution implies that, even if the prime minister or president asks you to do something like lobby for change of borders, the ambassador must serve the country because the constitution is above every other authority and it is one’s duty to protect it,” Mushkolaj said.

BIRN spoke to Behgjet Pacolli, who served as Foreign Minister in 2018, asking whether Gashi had broken this diplomatic code by speaking in favour of border changes to foreign journalists.

Pacolli said that he made it clear to all Kosovo diplomats and ambassadors around the world that the ‘border correction’ that Thaci was pushing was not the official Kosovo position. “The Government’s official position about this matter was clear, Kosovo’s territorial integrity was non-negotiable in the dialogue with Serbia,” Pacolli told BIRN on May 29.

However, while this may have been the Kosovo Government’s official position, articles discussing territory exchange continually appeared in French media. In September 2018, Le Figaro published an article describing the readiness of Hashim Thaci and Aleksandar Vucic, the Serbian President, to exchange territories.

Isabelle Lasserre, the journalist who wrote this story told BIRN that she had been in contact with representatives from Majorelle, who helped her arrange an interview with Hashim Thaci. However, she insisted that the company did not influence her article.

In Majorelle’s ‘activity report’ that it sent to the Kosovo Government on 21 October 2018, articles in French newspapers including Le Figaro and Le Journal du Dimanche (which also published an article on a Kosovo-Serbia peace deal in September 2018) were cited.

“We have raised positive awareness on the Serbian-Kosovo dossier amongst French public decision makers through recent articles in mainstream media such as Le Figaro and Le Journal du Dimanche, both read by a large public,” states the report from Majorelle PR & Events.

Chastand said that he was also contacted by Victoria Rey, a representative of Majorelle PR & Events on 4 April, 2019, in order to arrange a meeting with Dhurata Hoxha, the former Minister of European Integration.

According to Chastand, the official purpose of the meeting was to discuss the issue of visa liberalisation, but it did not take place because Chastand did not respond to the Majorelle representative.

Since its first investigation, BIRN has also discovered that lobbying to have territory exchange between Kosovo and Serbia reflected in a good light was seemingly not restricted only to French media.

David Phillips, an American academic, has told BIRN that he was asked by President Hashim Thaci to prepare a paper endorsing land swap in the autumn of 2018.

Phillips, who is the Director of the Peace-building and Rights program at Columbia University’s Institute for the Study of Human Rights and has been writing about Kosovo since 1989, signed a contract with the Kosovo Ministry of Foreign Affairs, MFA, on 28 February, 2018.

His contract says he was to provide “advice as requested by the Prime Minister and Minister of Foreign Affairs [..] on issues concerning Kosovo and the region, including advice related to the Dialogue with Serbia.”

Phillips spoke to BIRN on June 7, 2020, about two requests he received from Thaci while he was working for the MFA. “During the fall of 2018 Hashim [Thaci] asked me to prepare a paper arguing that the Special Court was illegitimate,” he said. “I refused.”

Phillips detailed a trip that he and his teenage daughters took to Kosovo in March 2019, when the family were attempting to restore the Mitrovica Library through Phillips family fund. During this trip, Phillips claims that Thaci accused him of being bought off.

“I took my 15-year old twin daughters to meet President Thaci,” Phillips added. “In front of my children, he accused me of being corrupt. He asked: ‘Who paid you off to oppose my proposal to swap territories? I know you’ve been bought, where did the money come from?’”

“No amount of money could persuade me to violate my conscience,” Phillips added.

BIRN sent questions to President Thaci seeking a response to these claims but did not receive a reply by the time of publication.

Behgjet Pacolli’s chief of staff, Jetlir Zyberaj, told BIRN that neither he nor Pacolli had any knowledge that the Kosovo President had asked Philips to write these two papers.

Responding to BIRN’s initial investigation into Majorelle, Tim Judah, who covers the Balkans for the Economist (and is also the head of BIRN’s regional board), criticised PR companies for exploiting poor countries.

“I would like to make one point to all Balkan leaders, in all my years covering Balkan politics I can tell you that these foreign PR companies are totally useless,” Judah said. “They will vacuum your money and they produce nothing unless you are getting a kickback.”

Chastand from Le Monde agrees with Judah. “PR agencies paid by other poor countries contact us, not just PR companies paid by Kosovo,” he told BIRN. “I agree with Tim, they have no effect.”

But Ismet Salihu, a Criminal Law Professor at the Law Faculty of the University of Prishtina believes that there is something more sinister at play here than PR consultancies exploiting poor Balkan countries.

Salihu believes that BIRN’s initial investigation on Majorelle, in which a former Ministry of European Integration secretary testifies about being pressured to sign a contract with the PR firm, potentially exposes the criminal offense of “abuse of official position.”

“To pressurise a civil servant to sign a contract is judicially punishable but also, the contract that he was pushed to sign is politically catastrophic,” says Salihu.

Salihu refers to the Majorelle report that says it promoted the “Kosovo position” of “territorial modifications” as a route to a Kosovo-Serbia peace deal.

“Article 117 of the Penal Code which is titled ‘Treason against the State’ is clear that those who sign any deal that involves ‘giving a part of the territory of Republic of Kosovo to another state, or leaves parts of the territory of the Republic of Kosovo under the sovereignty of another state, shall be punished by imprisonment of at least 15 years or life long imprisonment,” says Salihu.

Salihu stresses that although no deal on territory exchange has been signed, it is clear that an attempt to redraw the borders and exchange territory has been made. “We judge an attempted murder almost the same way as we would judge someone committing a murder,” explains Salihu.

“Therefore everybody who engages in giving away a piece of Kosovo territory – be those ambassadors, presidents, ministers or prime ministers – according to our penal code, can be considered complicit in attempting to commit the act of treason,” adds Salihu.

BIRN has contacted Majorelle PR & Events but as yet received no response.

Note: This article has been amended on June 30th, 2020 to correct wrong attribution of quotes to the Kosovo ambassador in France. The statements are from the Kosovo embassy in France.