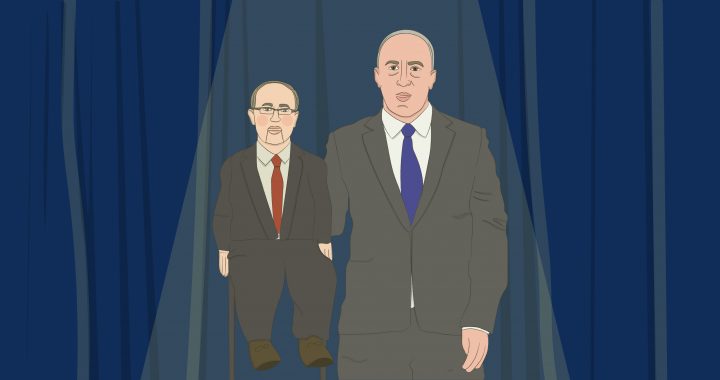 A Hoti government with a Haradinaj brain

The new programme of the Hoti government reveals the extent of LDK’s compromise with AAK. Vetting of the justice system has been sidelined, while huge capital investments previously opposed by Hoti himself are envisioned in the midst of an economic crisis.

Throughout the two decades of governance in Kosovo, political parties have followed a ritual that goes as follows: first, compete in elections with a programme centred around improving the dire economic situation, tackling unemployment, fighting against corruption, reducing public spending, etc. Then, after the results are announced, completely forget the pledges made during the campaign, and devise a governing programme as part of a coalition that is in almost complete contradiction to what was promised.

The governing programme presented by the new coalition government led by LDK’s Avdullah Hoti is no exception. The 56-page programme that passed last week focuses on two main points: economic recovery and fighting the COVID-19 pandemic.

The programme envisions the mobilisation of a 1.2 billion euro fund between 2020 and 2021 designed to help cope with the economic consequences of the pandemic. But it also foresees beginning construction on the ‘Dukagjini’ highway, planned to run between Prizren and Istog and expected to cost up to one billion euros, as well as the continuation and completion of three other major roads.

The Dukagjini highway in particular seems an unusual priority for both LDK and Prime Minister Hoti. Before and after the October 6 elections, the party and the new prime minister expressed their opposition to the controversial project, questioning its economic rationality and whether it was a high priority for Kosovo taxpayers.

“It is completely unnecessary,” Hoti said of the project on October 30. “It is a project that will not be concluded in the upcoming government. It’s not necessary to construct a highway on agricultural land.”

Plans to construct the highway not only tighten the purse strings for other capital investments coming out of the state budget, but go against LDK’s proclaimed plans for governance during the 2019 election campaign. Including such a costly and controversial project within the governing programme cannot be seen as anything other than feeding the appetite of the biggest proponent of the highway, Ramush Haradinaj, the former prime minister and leader of LDK’s coalition partners, AAK.

The potential ramifications of the Dukagjini highway could be long lasting, even if the Hoti government is not. An official signature on a contract to construct the motorway may leave future governments facing arbitration through the courts if it wishes to annul the project, potentially resulting in millions of euros from the state budget being paid in fines.

This wouldn’t be an entirely new story. It was LDK and AAK who pointed the finger at each other when the Kosovo Government was obliged to pay a fine of 53 million euros to Bechtel-Enka, allegedly for violating the contract outlining construction of the highway connecting Kosovo to North Macedonia.

Haradinaj blamed former LDK minister Lutfi Zharku and Hoti himself for failing to pay a previous fine, while LDK’s Lumir Abdixhiku accused the Haradinaj government of theft for paying the fine without justification. To this day, it is not clear to Kosovo taxpayers who should be held responsible for the damage to the state’s budget.

In the current economic climate, investing so much in asphalt is absurd. Fallout from the coronavirus outbreak has resulted in sharp fall in tax revenue. In April 2020, Kosovo’s municipalities received 1.4 million euros, 81 per cent less than in April 2019. This has led to many municipalities cancelling or delaying some of their capital investment projects.

Following the GAP Institute’s inquiries to 16 municipalities, it was confirmed that 124 projects worth 15.8 million euros have been annulled or delayed in recent months. In the municipalities of Istog and Peja, projects including the construction of new schools, and investments in heating and sewage systems will be delayed.

With municipalities forced into delaying these essential projects, what is the justification for committing to a one billion euro project to construct a new highway? Continuing the 124 municipal projects would generate more employment and provide for the basic needs of Kosovo citizens far better than another new highway.

The influence of AAK and other coalition partners on the Hoti government’s programme in other policy areas is also clear to see.

The vetting of the judiciary and Kosovo’s security institutions was one of LDK’s key campaign promises in the last election campaign, and as deputy prime minister, Avdullah Hoti voted in favour of its inclusion in the governing programme of the Kurti government.

However, AAK’s Selim Selimi, who is now serving as the Minister of Justice made it clear in May that no vetting of the judiciary would take place under his governance. In the new governing programme, the vetting process has not been made a priority, mentioned only in passing with no details about how it will be achieved, how steps taken by the Kurti government will be built upon, or how long it will take.

There are also no plans in place for the new government to address the problems surrounding the pension scheme for Kosovo Liberation Army veterans, the bill for which has reached 62 million euros in 2020.

LDK has voiced their opposition to the increase of monthly contributions made to veterans on several occasions. During the tenure of LDK’s Isa Mustafa as prime minister, the Law on Veterans was amended, putting a cap on the amount the government can contribute to the pension scheme, allowing it to cost no more than 0.7% of Kosovo’s GDP.

For this rule to be implemented, however, the list of verified veterans eligible to receive a pension needs to be finalised, something that neither Mustafa’s government nor its successors was able to achieve. When an investigation into the veterans list was launched by the Special Prosecution, Haradinaj was critical of the investigation and its instigator, prosecutor Elez Blakaj, who he called “a coward” in 2018.

The structure of the government’s cabinet is also more akin to that expressed in AAK’s campaign programme than what was promised by LDK. During the election campaign, LDK pledged that it would govern with 12 ministries and only two deputy prime ministers. AAK, on the other hand, promised 15 ministries. So far, Hoti’s government has 16 ministries and four deputy prime ministers, while the number of deputy ministers assigned to each ministry has not yet been revealed.

It has been argued that the Hoti government was formed in order for the Kosovo President to maintain his leadership position in the dialogue with Serbia. But while international issues take the focus, at the same time the Hoti government is also breathing life back into billions of euros worth of capital investment projects supported by Haradinaj that, historically, LDK have fiercely opposed.

If the leadership of LDK – the party self-branded for its know-how on the economy – is subjugated to Haradinaj’s grand projects, then its cohabitation with AAK and their junior partner’s appetite for infrastructure will only harm the public interest.