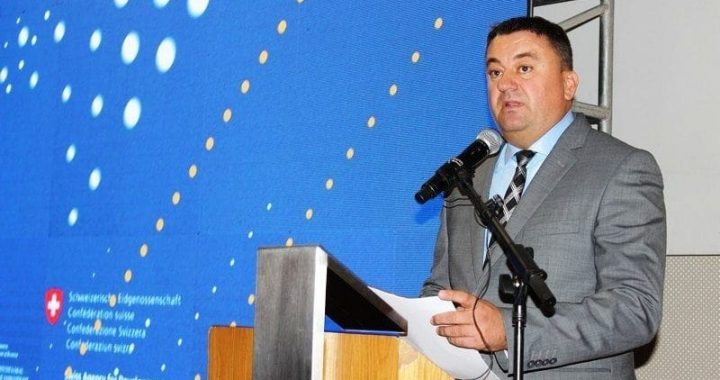 Serbia has protested after a Kosovo court confirmed a two-year prison sentence for MP Ivan Todosijevic for claiming that a massacre of Kosovo Albanians by Serbian forces in the village of Recak in 1999 was fabricated.

The head of the Serbian government’s Office for Kosovo, Petar Petkovic, said on Wednesday that the confirmation of the two-year sentence handed down to Kosovo MP and former minister Ivan Todosijevic was a “shameful, unacceptable and political verdict.”

Kosovo’s Court of Appeals upheld the verdict from 2019 that convicted Todosijevic of ethnic, racial or religious intolerance for his comments about the January 1999 massacre of 45 Kosovo Albanians in the village of Recak, which he claimed was staged.

In the Court of Appeals’ decision, issued on June 24 but made public on the court website on Tuesday, it said that it “finds the defence claim that the facts were wrongly determined to be unfounded.”

It said that Todosijevic’s comments “could incite hatred, division, intolerance between ethnic groups in Kosovo” and went too far to be acceptable under laws guaranteeing freedom of expression.

But Petkovic accused the Kosovo authorities of stifling freedom of speech. He told public broadcaster Radio-Television Serbia, RTS that “Prishtina tried to tape up the mouths of the entire Serbian people, not just Ivan Todosijevic.”

According to Kosovo’s constitution, an MP loses his or her mandate if they are convicted of a crime and sentenced to one or more years in prison under a final court decision.

Todosijevic was elected as an MP with the main Belgrade-backed political force in Kosovo, Srpska Lista, in October 2019. He was minister for administration and local government in the Kosovo government until he was sacked for making the comments in March 2020.

He made his statement about the Recak massacre at a ceremony to mark the 20th anniversary of the NATO bombing of Yugoslavia, which was aimed at making Serbian leader Slobodan Milosevic end his military campaign against ethnic Albanians in Kosovo.

The Recak massacre, in which 45 Kosovo Albanians were killed by Serbian forces, was one of the incidents that helped to spark NATO’s intervention.

“The reason for the [NATO] aggression in our country was the so-called humanitarian catastrophe in Kosovo and the fabricated Recak [massacre in 1999], and the Albanian terrorists are the ones who made all this up and committed the biggest crimes in Kosovo,” Todosijevic said in March 2020.

“They [Kosovo Albanians] committed crimes before the NATO aggression, they killed good Serbian householders and policemen at their workplaces,” he added.