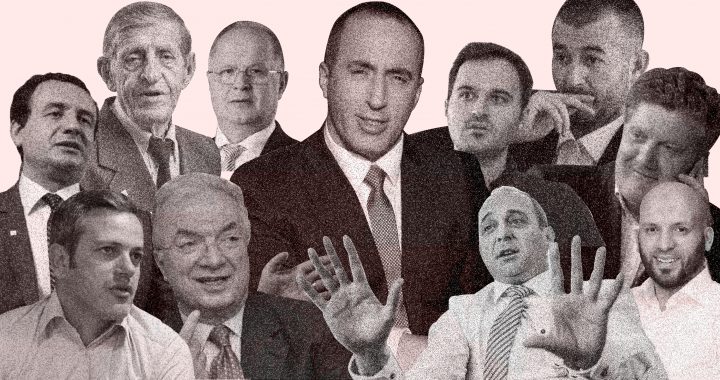 To our statesmen, stop the drama

From brawls to petty squabbles, Kosovo politicians have polluted the public discourse with aggression, exaggeration and over-reaction. They should learn to be more ‘feminine’ instead.

‘Hysterical’ and ‘over-emotional’ are the two sexist stereotypes most commonly associated with women. We are taught that women’s fight for equality is impossible because we hate each other, are jealous of one another, and even constructive arguments among us are often jokingly reduced to ‘cat fights.’ The words ‘men’ and ‘drama’ on the other hand, are rarely used in the same sentence, and qualities such as tough, emotionally distant, calm and intact are conventionally attributed to the male species.

But does this even stand? One need not be a psychotherapist to determine that men in Kosovo’s public sphere lack the very basic manners and emotional intelligence required for decent individuals to communicate with one another.

From guerrillas, warriors  and ‘living legends,’ to singers and actors turned members of parliament, the majority of male representatives are responsible for degrading the public discourse and could be accused of terribly poor performance ever since the parliament was established.

While people continue to lack financial stability, proper education, and medical care, the men who are leading this country serve us nothing more than lies, drama and ridicule. They constantly accuse each other of crime and corruption, there are assaults in the parliament, and they even call each other ‘whores’ on national television (the ultimate insult for a man).

Since fighting these men and bringing about real change in the public and private sphere is difficult and might take years, with the help of social media, it seems easier to simply lay back and enjoy the kerfuffle and the dirt. Masculine drama is thus, to me, a form of entertainment in itself, and I will recount a couple of examples to prove my point, that men are the true drama queens.

Showing muscles in parliament is quite common. Just recently, Deputy Assembly Speaker Xhavit Haliti and LDK MP Arben Gashi threw insults back and forth during a parliamentary session which resulted in actual physical assault between them the next day: Haliti violently pushed Gashi during a voting session in parliament. We witnessed a similar occurrence on TV when former Vetevendosje MP Frashër Krasniqi assaulted Nisma MP and former journalist Milaim Zeka after an intense argument between the two.

These kinds of physical attacks among our ‘statesmen’ no longer surprise or shock us; they simply entertain us. The media is full of them, and the interaction between people on social media proves that we have established immunity towards foul language and physical assaults.

Just months ago, our Prime Minister Ramush Haradinaj publicly defended discharging firearms during celebrations, even though there have been numerous cases of actual deaths as a result of celebratory shots during New Year’s Eve and at weddings. This shocking statement comes as a result of a viral video in which deputy PM and Diaspora Minister Dardan Gashi can be seen, in the company of other men, shooting aimlessly out of a window during a celebration in a traditional Albanian men’s chamber, known as ‘oda’.

While such an action is illegal, Haradinaj claimed that shooting guns during celebrations is no big deal and that he has done it himself several times. He even suggested that discharging firearms during celebrations should be legalized, given that it was an old tradition of the Dukagjini region.

In another example, when dozens of Vetevendosje MPs quit the party, they argued that their departure and consequent membership in the Social Democratic Party, PSD, was simply ‘a matter of principles.’ Now ‘authentic Vetevendosje’ and PSD guys constantly exchange insults, sarcastic comments, and mock each other.

While many may disapprove of Vetevendosje activists’ obsession with their leader Albin Kurti or their methods of protest, one can be impressed neither with the self-proclaimed ‘social democrats’ nor their so far witnessed populism. The red roses on social media posts only make it worse.

Time will tell what both groups actually stand for, and especially how will they go on achieving their political goals. But currently one thing is clear: ‘the men with principles’ on both sides are seeking attention by constantly shifting the focus from real political and social issues to mocking one another. The drama that started in December 2017 continues to date.

The political landscape in Kosovo is indeed diverse. One would be surprised on how inclusive the political parties can be. Regardless of their knowledge, skills or background, our political parties welcome anyone with the potential to bring them votes or money; from notorious businessmen such as Ramiz Kelmendi (former AAK and PDK, now in LDK) to mainstream singers such as Labinot Tahiri in the Alliance New Kosovo, AKR, and 79-year-old actor Adem Mikullovci in Vetevendosje.

How can I even write about men and drama without mentioning Gezim Kelmedi, former MP and current leader of political party Fjala (the Word). One is simply amused by Kelmendi’s exaggerated sense of honor and his claims on morality. He called the LGBT community mentally ill, has suggested that women should work only five hours per week to increase the national birth rate, and believes that including sexual education in school is dangerous since “it violates our moral values which we have cultivated for centuries.”

In essence, men in this country feed themselves on aggression, over-reaction, and exaggeration. While we get to talk and laugh about what these men say and do, it is crucial to point out what is obvious, that such entertainment is not genuinely satisfying. There is nothing funny about these men, their actions, or their attitudes. They are an embarrassment to this country, a horrible example for boys and young men, and a perpetual obstacle for women’s involvement in public life.

A wise woman once said: “I detest the masculine point of view. I am bored by his heroism, virtue, and honor. I think the best these men can do is not talk about themselves anymore.” And this is exactly what this country needs, men who adopt values that we commonly recognize as feminine. Demanding in men qualities such as politeness, grace, and the most importantly, being quiet, could go a long way in cleaning off the dirt accumulated in Kosovo’s public life since the end of war in 1999.