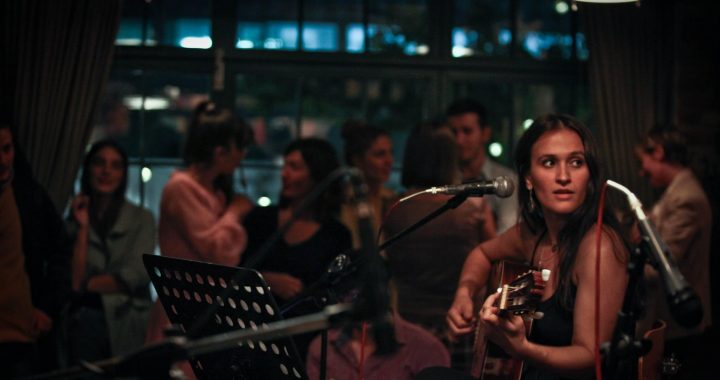 Starting this weekend, the feminist cultural festival will be hosting performances, discussions, and exhibitions from artists and activists from Kosovo and abroad.

True to its motto this year, “Run the Show”, the sixth annual FemArt festival asks women and young people to take charge. To be held in 20 locations around Prishtina, Ferizaj and North Mitrovica from May 25-30, the festival will bring together more than 200 activists and artists to celebrate and advocate for women’s empowerment.

With participants from Kosovo, Europe, and the United States showcasing their art, music, and theater, FemArt aims to bring a rich variety of performances that will inspire and encourage people to do the same. The festival, however, also includes a program consisting of lectures and panel discussions, which aims to raise awareness about feminism overall.

Zana Hoxha Krasniqi, artistic director of FemArt, explained why it is important for women artists and activists to have this platform.

“I’m proud we’re doing this, not only because it is representative of women artists, but also it addresses the needs of the community, being very critical and political in nature, reflecting current developments in the world, as well as Kosovo and the region,” said Krasniqi.

“For the majority, feminism is seen as a movement that is only pro-women, and we want to break this stigma,” she said, explaining that both men and women are participating in the festival, although the work is carried by the women artists either as directors, lead singers or choreographers.

FemArt will host indoor and outdoor theater and dance performances, a feminist movie night at the newly-opened Kino Armata, art exhibitions and experimental performances, as well as DJs and concerts throughout the six day festival.

The festival will open on Friday, May 25, with the outdoor theater performance “Trojan Women,” a collaborative piece involving more than 30 well-known artists and activists from Kosovo Albanian, Serb and Roma communities, held at the National Library of Kosovo.

The highlight of the program and the event closing the festival is Akua Naru, a well-known feminist hip hop and soul artist, who will be performing with her band in Prishtina at Salla e Kuqe on Wednesday, May 30.

Krasniqi hopes that different cultural programs throughout the week will create a safe space for people from different ethnic and religious backgrounds and sexual orientations to feel welcome and inspired to participate.

“The motto of this year’s festival is ‘Run the Show,’ and through this we want to encourage people to be in charge of their own lives, not wait for others to come and tell them what to do,” she said.

The festival has been organized every year since 2013 by Artpolis, a Prishtina-based NGO which strives create links between communities and foster cultural and artistic development.

“We do a lot of awareness raising and involve communities who are marginalized and underrepresented, offering for example theater as a means for them to express themselves,” she said. “Through FemArt, we combined all the work we do with other artists in region as well, and it became our biggest platform.”

Conferences, workshops and other panel discussions have been organized throughout the week as well, hosting members of parliament and the international community, to tackle issues such as justice and human rights for women.

“For example, we will have a panel discussion that focuses on justice for women that were murdered in Kosovo,” said Krasniqi. “We have seen an increase in femicide in Kosovo. We want to raise responsibility of the decision makers, so that they start taking concrete steps in addressing this phenomenon.”

To the view program for the week’s events, follow this link.