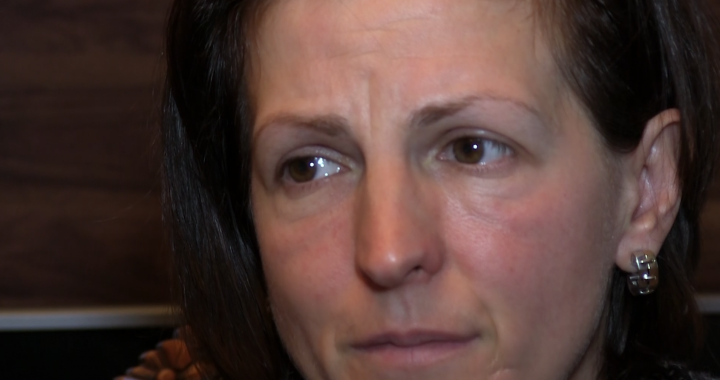 Shpresa Dautaj Kellic lost her son on New Year's Eve when a stray bullet hit him in his head. | Photo: Drejtesia ne Kosove.

Victims of stray bullets, which have caused disabling injuries and deaths in the past, criticize PM Haradinaj’s lax attitude towards weapons, demanding that festive shooting be stopped.

On the eve of 2011, a child from Prizren who was standing in his front yard was struck in the skull by a fatal stray bullet. His mother, Shpresa Dautaj Kellic, recalls the devastating moment in which she lost her son as the year 2010 turned to 2011.

“Seven years ago, around 11:45, friends invited my son to go out and see the fireworks, and so he went out. About 15 minutes later, we heard a loud noise. It was our second son, saying that his brother had fainted. We took him, covered in blood, to the hospital. After they x-rayed him they said he had a stray bullet in the head,” said Dautaj Kellic.

Dautaj Kellic, who for almost eight years has not celebrated New Years, said that she had a plea for all the other mothers as the New Year approaches.

“I beg of each and every mother to not let their children go out of the house for the holidays. My second son says ‘Mother, they are celebrating,’ but I tell him ‘Let them celebrate, there is no celebration for us.’ When I see his friends I ask myself: would my son have grown this much? Now all his friends are in university, whereas my son…,” said Dautaj Kellic, her thought trailing off.

Dautaj Kellic’s appeal might strike a note, especially after controversial statements made by Prime Minister Haradinaj that firing guns for festivities was an Albanian tradition “written in the Kanun” and his suggestion that he would even pass a bill to “fine people for not carrying arms.”

For eight years, Dautaj Kellic has waited for an official response from law enforcement authorities regarding the culprit who fired the stray bullet that took her son’s life. She never got it.

Meanwhile, a stray bullet, accidentally fired during a wedding celebration in the Banjske village in Vushtrri, cost Asllan Uka a damaged spine, rendering him immobile. Uka explained how the stray bullet left him wheelchair-bound for life.

“It happened accidentally, at a family wedding ceremony, from a bullet that had remained in the gun after the person who owned it had discharged it. That is the bullet that injured my fourth thoracic vertebra and left me wheelchair-bound,” said Uka, appealing to people to stop using firearms.

“There are different ways for people to celebrate. Why use weapons when we know the consequences? And the worst thing is that I am not the only one who suffered from firearms, there are other cases too,” said Uka.

Aida Shabani, from the Shtime municipality, a 15-year-old from the Davidoc village, was hit by a stray bullet in her chest, she told Drejtesia ne Kosove.

“I was walking down the street with my brother when I heard two shots. I thought they were fireworks and I turned my head to look. That was when a bullet hit me. I was with my brother, we were close to the courtyard of my home,” said Shabani.

Afrim Shabani, Aida’s father, recollected the night when his daughter and son entered their home, yelling. He said that he was shocked when he saw his daughter covered in blood.

“I was watching TV when my daughter and son entered, screaming. I immediately went out and dtook a taxi for Shtime with my daughter. But there they did not take us seriously. I notified the police and afterwards we went for the University Clinical Center in Prishtina. My daughter had two surgeries to remove the bullet,” said Afrim Shabani.

At the sound of loud bangs, such as fireworks, Aida becomes sick to this day.

“They remind me of the entire event, of how I got wounded and of everything I went through,” she said. “God-willing I am the last one to be wounded, and there are no more cases of people being wounded, and I hope no one experiences what I experienced.”

Victims of stray bullets criticize the statements of PM Haradinaj, who justified  Dardan Gashi — a minister in his cabinet — shooting a firearm while sitting in the Deputy Prime Minister Fatmir Limaj’s traditional oda during a festive event. Haradinaj dismissed the incident, saying it was an Albanian tradition to fire arms and insisted that “nobody was harmed.”  In another interview, Haradinaj went as far as to suggest that every former Kosovo Liberation Army, KLA, member had a weapon at home.

To Uka, the image of political leaders and state officials shooting weapons haphazardly was horrifying.

“We all saw them at a celebration, ministers and politicians, shooting weapons. I don’t know what made them do it, and what kind of pleasure they felt from shooting weapons,” said Uka, who added that he was against the Prime Minister’s statement.

“It is sad when the Prime Minister, instead of reproaching or punishing them [people who discharge weapons in celebration], in a way supported them by saying that it is our tradition to shoot weapons, and that he would have done the same in that case. And this is a paradox because it would’ve been better for the Prime Minister to deal with the aftermath,” said Uka.

Uka is not alone when it comes to criticizing Prime Minister Haradinaj’s nonchalance towards firearms.

Mensur Hoti, a former member of the KLA, and a current employee of the Ministry of Internal Affairs MIA, was recruited to fight illegal weapons. Hoti’s own department, part of the government led by Haradinaj, pursues a policy in contradiction with the Prime Minister’s statements.

“I personally do not have a weapons permit and do not carry any weapons. I believe that we had to carry weapons when the time was appropriate, in war, because you cannot be a soldier without a weapon. It is lawful to get a permit for a hunting weapon, as well as for sports shooting. It is a matter of will and desire, neither of which are for me,” said Hoti.

He said he finds images of state officials shooting weapons to be disturbing.

“I saw the images, and, to me, they are disturbing. Shooting in those kinds of environments is disturbing firstly because of the safety of the people as well as from the judicial point of view. And once we add the high offices these people hold to the mix, it gets even more disturbing,” said Hoti.

“I cannot comment on the Prime Minister’s statements, but I can explain the laws that Kosovo has currently. Shootings of that nature can also be considered as the cause of a general safety hazard. So far I haven’t seen the Prime Minister Haradinaj doing such things, but my response would be the same, whoever commits these acts,” said Hoti.

Hoxha said that beside disturbing images, such acts are punishable for up to eight years in prison. He deems it even more disturbing that the Prime Minister, instead of disciplining his subordinates regarding the issue, he defended them.

“Of course, this could be analyzed from two aspects, the judicial as well as the political. And both of those have a common denominator: that such a thing is disgraceful. And I can say that this disgrace is least of those problems,” said Hoxha.

“It is a paradox. I expected that Prime Minister Haradinaj would immediately dismiss the deputy prime minister and the minister,” cincl Hoti.