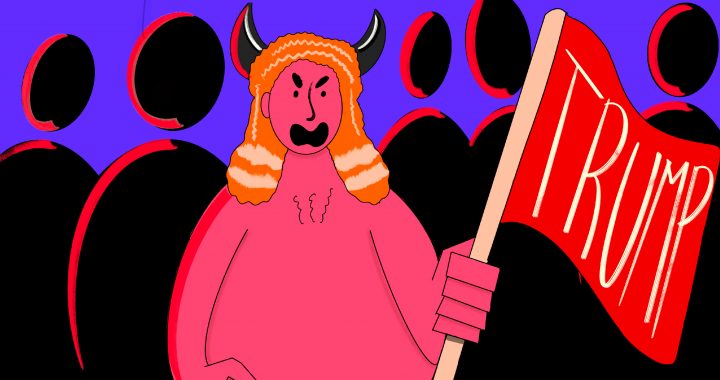 Stop using the Balkans as a synonym for chaos

Events in Washington DC on Wednesday night saw many commentators reaching for cliches about Kosovo and the Balkans, perpetuating stereotypes that are inaccurate, unfair and fundamentally colonial.

As observers scrambled to contrive ever more creative ways to express their amazement at images of mobs storming the Capitol building in Washington DC, many expressed their outrage by arguing that these were scenes usually reserved for “banana republics”, or “the 3rd world.” In particular, some reached for a now familiar trope – this was like something you’d see in the Balkans!

This sentiment was most succinctly expressed by Balkans correspondent for The Economist [and Chairman of the BIRN Network board] Tim Judah who tweeted: “USA has gone full Balkans now.” Exactly what “full Balkans” meant required no further elaboration, and the analogy struck a chord with many for whom “the Balkans” is simply a byword for chaos.

Indeed, for centuries, “the Balkans” has served as a ready archetype of instability and savagery, repeatedly invoked in political discourse, and indeed popular culture, as a zone of depravity from which the civilised world must recoil. Though an effective discursive ploy, it is lazy, disingenuous and fundamentally colonial.

Blame it on the Balkans

The implosion of Yugoslavia in the 1990s was characterised by horrific violence while many of its successor states have struggled to consolidate democracy. In this context, perhaps it is not surprising that popular international perceptions of the region are tainted by these events.

But those who have spent time in the region and who have studied its history – like Tim Judah – should know better than to perpetuate superficial stereotypes. Over the course of the past 250 years the region has indeed been the setting for wars, insurrections, coups and identity-based violence. But before concluding that these events somehow make it okay to use “the Balkans” as a term of derision, we must surely appreciate a number of crucial mitigating factors.

First, the history of Europe as a whole since the 1789 French Revolution has been marked by instability and violence. Empires have come and gone, states have been declared only to later collapse, governments have been overthrown, while brutal wars and genocides have ravaged the continent many times.

The claim has often been made that the people of the Balkans are plagued by “ancient ethnic hatreds” but, given their bloody history, why is the same not said about the relationship between the English, the French and the Germans?

Likewise, periods of political instability cannot be attributed to the distant past before democracy in Western Europe was established; revolutionary movements in Germany in 1968, the miners strikes in the UK in the 1980s, and of course the ‘Yellow Vests’ riots in France in 2018 are just some examples of instability occurring within the ostensibly stable West.

It is not, therefore, that the history of violence and instability in the Balkans is out of step with the experiences of the broader continent of which it is a part; it is in fact consistent with the European norm.

Secondly, as a region of key geopolitical importance, the Balkans has been subjected to repeated intervention by foreign powers eager to increase their powerbase. As such, British, French, Austrian, Italian, Russian, Turkish and more recently American troops have been deployed to the region to bolster the interests of foreign capitals invariably at great cost to local peace and stability.

Ironically, all those who have sent their armies to the region have proclaimed that they have done so to bring order to the restive locals, who are portrayed as incapable of governing themselves. The legacy of external interference, however, is division and conflict as each colonial enterprise has been predicated on the strategy of divide and rule.

Certain local actors are of course culpable for having seized the opportunity presented by foreign powers to feather their own nest, but nonetheless the internecine violence cannot be solely attributed to the locals’ primordial barbarism.

Kosovo: The heart of darkness

Kosovo is perhaps most commonly portrayed as exemplifying “the Balkan” psychosis. Popularly conceived as populated by lawless people utterly blinded by ancient ethnic hatreds, it has become the unrivalled paragon of Balkan savagery.

Illustratively, Richard Holbrooke – credited as having brought peace to Bosnia and Herzegovina in 1995 – rejected the ancient ethnic hatreds theory as an explanation for the violence in the Balkans, except in Kosovo, asserting: that “this was the real thing in Kosovo between Albanians and the Serbs. Different cultures, different languages, and different histories, but a common obsession with the same sacred soil.”

I have lost count of the times I have talked with officials from EULEX, UNMIK or various foreign embassies in Prishtina who have wearily shaken their heads when describing the “primitive” attitude of the locals, their inability to work collectively without supervision, and their innate predilection for violence and revenge. For many – though of course not all – of those deployed to Kosovo from the “civilised” West, the locals are akin to unruly children who must be leashed, tamed and dragged into modernity.

In response to events in Washington, former US Ambassador to Kosovo Greg Delawie tweeted: “The Capitol insurrection [sic] recalls my first months in #Kosovo in 2015, when some politicians dispersed tear gas in the Assembly chamber to stall legislation. Just like here today, politicians were willing to sacrifice their democracy in the pursuit of power.”

Again, the analogy was clear; what’s happening in Washington is so bad it’s akin to how people behave in Kosovo! This of course overlooks the fact that the people involved in the disturbances in the Kosovo Assembly in 2015 were elected representatives rather than an armed fascist mob, and also that the protests were directed against a new law invoked by the government which was later deemed unconstitutional by Kosovo’s Constitutional Court.

But for Delawie and those like him, locals in Kosovo behaving in ways contrary to the instructions issued to them by foreigners must be cast as unruly and illustrative of a broader cultural affliction.

You are everything we are not

Reflecting on his time as Head of KFOR in Kosovo, British General Mike Jackson noted that violence had continued despite the deployment of some 40,000 NATO troops in June 1999. In explaining why, he stated that “two wrongs do not make a right in Western culture, but they certainly do in the Balkans: to the victor the spoils, an eye for an eye, a tooth for a tooth – it’s all quite old testament stuff.”

By attributing the violence to the “old testament” mindset of the locals and arguing that such a disposition is an anathema to “Western culture”, Jackson’s argument was clear; these people are not like us and their failings disrupted our best efforts.

Yet, violent retaliation is quite obviously prevalent in the West. Indeed, Jackson was himself previously deployed to Northern Ireland during “the troubles”, a conflict characterised by tit-for-tat violence. But facts matter little when constructing a powerful rhetorical ploy, and the “Kosovo-is-uniquely-violent-and-lawless” trope has been employed by many to explain their own failings and, crucially, bolster their own self-image.

Preserving the image of the West – with the US at its zenith – as civilised, stable and worthy of adoration, demands the creation of a parallel image of the “other” which is violent and dysfunctional, as perhaps most obvious in Trump’s branding of African and Latin American countries as “shitholes.”

This discourse overlooks the many deficiencies within the West – not least the institutional racism, the disparity between the rich and poor, and the support afforded by Western states to authoritarian regimes around the world – and of course the many positives to be found outside the West, as exemplified by Kosovo’s burgeoning – and largely autonomous – arts scene.

Ultimately, the use of “the Balkans” and or “Kosovo” as a synonym for chaos is but one aspect of a pervasive mindset that has come to characterise contemporary political debate; the notion that “we” are better than, and different from, “you.”

This can be expressed in the blunt language of neo-fascist organizations like the “Proud Boys”, but it is also inherent in the more diplomatic missives of respectable figures such as veteran US diplomat Richard Haas who reflected “We are seeing images that I never imagined we would see in this country – in some other capital yes, but not here.”

This self-aggrandising mindset is at the heart of the divisive populism sweeping the globe, but also central to fundamentally colonial disposition still pervasive in Western capitals.