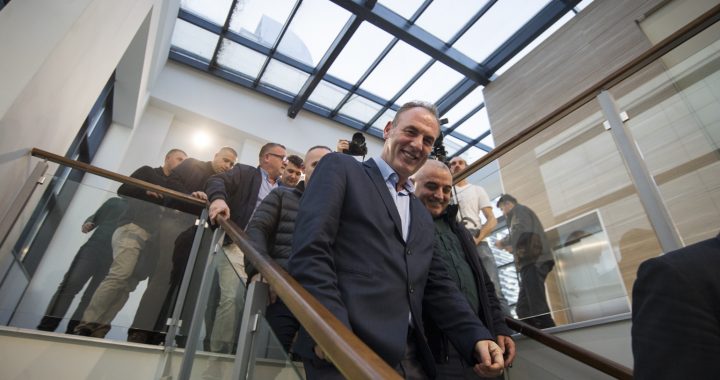 Former EU rule-of-law mission chief judge Malcolm Simmons was wrong to claim that the case against Kosovo guerrillas accused of abusing prisoners at the wartime Klecka jail was weak.

On July 12, judge Malcolm Simmons, who was the president of the Assembly of Judges for the EU’s rule of law mission in Kosovo, EULEX, from 2014 to 2017, presented testimony by video link before a committee of the Kosovo Assembly in which he made a series of serious allegations against EULEX, including politicisation of criminal trials under the mission’s jurisdiction.

I served as an American international criminal judge with EULEX for 28 months, from February 2011 through May 2013. I was also a member of the trial panel on the first Klecka war crimes case from 2011-12 (and the first Medicus case from 2011-13), and I wish to respond to judge Simmons’s highly incorrect comments about Klecka for the sake of historical accuracy.

First, let me say that before judge Simmons was elevated to the presidency of the Assembly of Judges, he was also serving in the same capacity as an international criminal judge from the United Kingdom. I sat with him on the trial panel in a murder case in Prizren in 2011, and found his participation to be highly professional.

I never worked with him again on another case, but we were both members of the relatively small cadre of international judges, and I would consider him a friend.

I have no personal knowledge about his allegations against EULEX, and will leave him to his proof. But I do wish to challenge his characterisation of the Klecka case, which was one of the most high-profile cases prosecuted by EULEX. In the YouTube video of his presentation, he makes several sweeping statements which are completely contrary to my experience with the case.

Simmons says that the case never should have gone to trial because the evidence was so weak; that no country in the world would proceed with such a case; that there was little chance of success; and that in the United Kingdom, the case would have been “laughed out of court”.

He also says that the case was politically motivated and, despite its weakness, was tried only because a conviction against Kosovo Liberation Army soldiers and commanders would support the EU-mediated dialogue between Pristina and Belgrade to normalise relations, a paramount goal of EULEX.

I disagree strongly with this characterisation. In my opinion, the case presented to the trial panel on which I sat was entirely worthy of a full trial, both legally and factually.

The Klecka case began in 2009 when Agim Zogaj, a former guard at the KLA’s Klecka prison camp in the late 1990s, went to the police and told them that he had kept a secret diary of the comings and goings of all the prisoners (Serbs and Albanian collaborators).

Zogaj alleged that prisoners’ treatment was inhumane, and that several of them had been executed on the orders of Fatmir Limaj, the camp commander, who went on to become a major political figure in Kosovo after the war.

Over time, Zogaj provided numerous additional statements to the police and prosecutor as they conducted their investigation, all of which were consistent. His statements concerning the executions, including the use of a scythe as a murder weapon, was corroborated by forensic evidence including exhumations.

There were also other witnesses and documents corroborating portions of Zogaj’s statements, although he was the only one who could identify the perpetrators.

In the summer of 2011, after the intensive investigation had been completed, but before the indictment was filed, the prosecutor made Zogaj available for examination under oath by the defence attorneys representing the ten individuals who were being investigated, including Limaj.

Zogaj was questioned over four days for a total of 19 hours and was asked over 1,000 questions. His answers were consistent with each other and with his prior statements, all of which had been provided to defence counsel.

The prosecutor then filed the indictment alleging various war crimes based on the above, and the indictment was independently confirmed by a EULEX judge, meaning that there was a legal and factual basis to proceed to trial.

Zogaj was then placed in the witness protection programme and was from then on known as Witness X. Tragically, he committed suicide by hanging in Germany shortly before the trial was scheduled to begin in November 2011.

He was under immense pressure from both the prosecution and the defence, and was desperate to find a way out to protect his family

I was a member of the trial panel, along with the presiding judge from the United Kingdom (not judge Simmons) and a Kosovo judge.

As the trial commenced, the court had to decide whether Zogaj’s statements, sworn testimony and diary were admissible in evidence now that he was unavailable as a witness.

Under the applicable law, this depended on whether defence counsel had been given an adequate opportunity to confront and question him before he died. There was no automatically correct answer under the law, and Zogaj’s mere unavailability did not necessarily decide the question.

This legal issue was the subject of intense debate during several heated sessions in the courtroom, which was packed with the defendants’ supporters; the tension was palpable. Indeed, the presiding judge and I had to travel back and forth to the courthouse in an armored vehicle.

The defence attorneys argued that the questioning was inadequate and that they would be denied the right to cross-examine Zogaj during the actual trial in light of all the other evidence that might be admitted, including defence evidence.

Following the hearings on this legal issue, the three of us on the trial panel had to decide the outcome.

We debated the matter back and forth at length in our chambers. The presiding judge and the Kosovo judge were persuaded by the defence arguments and determined that Zogaj’s evidence was inadmissible.

They then voted to acquit the defendants, who could not be convicted without Zogaj’s evidence.

However, I was not persuaded and issued a 23-page dissenting opinion, dated March 26, 2012, as authorised under the code of criminal procedure.

My reasoning was not that the defendants were guilty, but that the evidence was admissible and was likewise sufficient to warrant a trial on its merits. My decision was supported by relevant case law from the European Court of Human Rights. The written decision was then placed in the court file, not to be disclosed except to the Supreme Court on appeal. (A copy is available here.)

At a subsequent hearing in the spring of 2012, the verdicts of acquittal were announced by the presiding judge to the jubilation of the defendants and the outrage of the prosecutor, who immediately appealed.

Then, significantly, in November 2012, the Supreme Court reversed the acquittals and remanded the case for a new trial, and in so doing, adopted much of the reasoning in my dissenting opinion. It also determined that Zogaj’s evidence was admissible.

The case was then retried, judge Simmons presiding, and the defendants were found not guilty. This verdict was ultimately upheld in another decision by the Supreme Court.

While I have no quarrel with this outcome, since it was based on a full examination of all the evidence at trial, not merely on a pre-trial evaluation, it does not negate the fact that the original indictment had clear viability when it was originally presented to the trial panel as determined by the first decision of the Supreme Court. It was hardly “laughable”.

While I can’t address judge Simmons’ motives in making these outlandish statements, it could be that he wishes to undermine the validity of the case in order to support his narrative that it was prosecuted only for political reasons and not because of its merit.

While I have no personal knowledge of the machinations of the EULEX officials who wanted a conviction in the case, either in Kosovo or Brussels, I can state unequivocally for myself that I was never subjected to pressure by anyone even though I was the one who voted to proceed with the trial.

This includes officials in the US embassy in Pristina, with whom I intentionally had virtually no contact during my tenure in Kosovo in order to remain totally independent.

Indeed, if I had been pressured for political reasons, I would have rejected it out of hand. And it is unlikely that the presiding judge and the Kosovo judge were pressured to convict, since they voted to acquit.

Judge Dean B. Pineles is a graduate of Brown University, Boston University Law School and the Kennedy School of Government at Harvard University. He served as an international judge with EULEX from 2011-13. In addition to Kosovo, he has extensive rule of law experience in Russia, Kazakhstan and Georgia, and is writing a book about his experiences in these countries.

The opinions expressed are those of the author only and do not necessarily reflect the views of BIRN.