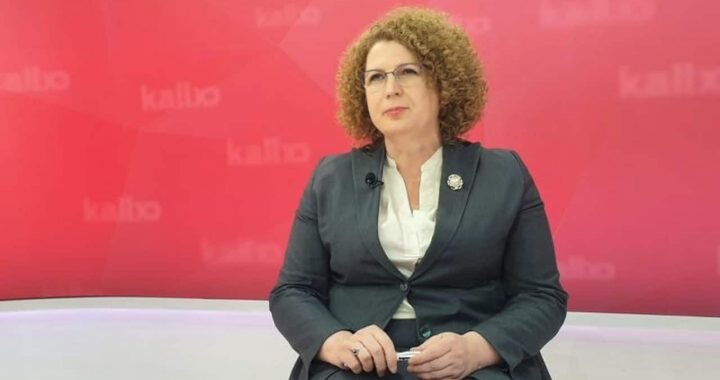 The Kosovo Government led by Albin Kurti is preparing to reintroduce reciprocity measures against Serbia, which were lifted by the former government because they were considered an obstacle to the EU-facilitated dialogue.

In an interview for BIRN’s Kallxo Pernime show on Tuesday, the Minister of Industry, Entrepreneurship and Trade, Rozeta Hajdari, said the government is preparing the grounds to revive the measures against Serbia, so keeping its election promise.

The measures are already planned, Hajdari said, adding they are being prepared “in full coordination with the cabinet, i.e. not only with one minister.”

During the election campaign, in February 2021, Kurti insisted that the return of reciprocity measures was “a matter of days or weeks, not even months … it is the first thing we will do.”

Hajdari, however, explained she had requested further analysis of the specifics of existing measures, emphasising that “when we take the measures, it will be without looking back.”

In April 2020, the outgoing government, also led by Kurti, which was overthrown in a no-confidence motion in parliament around five days earlier, had decided to scrap a 100-per-cent tariff against products of Serbian and Bosnia origin. However, the government kept in place other so-called reciprocity measures.

Under the measures, which are now expected to return, Kosovo did not allow Serbian products to enter Kosovo unless they were registered as going to the “Republic of Kosovo” and will be controlled by Kosovo institutions on the border.

Hajdari claimed on Tuesday that “Kosovo cannot take ad-hoc measures” in order not to run up against the same problems and lack of implementation it had before.

The reciprocity measures had not lasted long because, following pressure by the US and the EU, the government led by the now opposition Democratic League of Kosovo, LDK, scrapped them in June 2020. The then prime minister Avdullah Hoti declared that the decision was aimed at “removing barriers to dialogue” with Serbia.

The EU-facilitated dialogue between Serbia and its former province, whose independence it does not recognise, restarted after stalling for two years due to the tariff.

The tariff, that BIRN analysis concluded had no substantial affect on the Kosovo economy, was introduced in November 2018 as payback for what was deemed Serbian and Bosnian hostility to Kosovo.

Despite a restart in the dialogue with the removal of all trade barriers from Kosovo side, the dialogue is not making progress with the delegations currently trading accusations and voicing substantially different priorities.