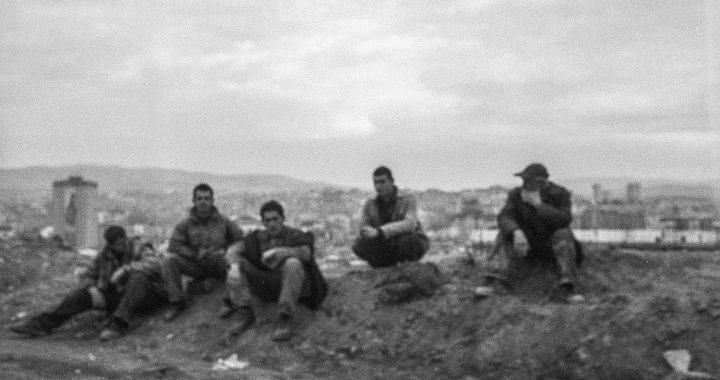 Socio-economic justice, freedom of movement, and post-conflict justice shouldn’t be seen as privileges in Kosovo. Their absence should be recognized for what it is: oppression.

With the many problems Kosovars are facing today, it seems as though the discourse about oppression has faded away ever since the end of the war in 1999. We believed that we would finally be free to live meaningful lives. However, for Kosovars, the present is defined by anything but individual and collective freedom.

Oppression against a particular population is often structural and historical. Nowhere in Europe is this more evident than in the case of Kosovo. In many ways Kosovo resembles many post-colonial nations that have been economically exploited in the past: its people divided and inferiorized, its collective conscious colonized. Today, oppression is more implicit, but just as distressing.

To be plain-spoken, I am perfectly well aware that there is a privileged segment in Kosovar society (there is always, everywhere) which lives perfectly comfortable with the situation as is and enjoys the benefits of a perhaps more affluent social position in a place plagued by poverty. Poverty itself, I would argue, is the manifestation of the most vicious form of social injustice. They are able to ignore any thoughts related to this agonizing and grim reality.

But the self-perception of the majority of Kosovars is one of inferiority and helplessness, particularly in the face of inescapable media and pop culture depictions of a more prosperous Europe. It might well be that Kosovo society can only exist this way as a result of self-deception, denial, and the absence of self-awareness. Frankly stated, it is time to recognize that we were and still are an oppressed people.

We are not able to do the things others do, not because we have a deficit of intelligence or even democracy for that matter, but because we are intentionally being restrained from exercising our freedoms – because of forces external to us, we are unfree, which is the same as being oppressed. This oppression derives in part from the ghosts of the past which still haunt us to this day; from the lack of well-being which derives from the path-dependence associated with being a post-conflict society and from the corruption in all sectors; from the continuous bullying, threats and sabotaging actions of our much more powerful neighbor (once our colonizer), who continues to stay in a seemingly eternal state of historical torment (to the disadvantage of the entire region); as well as from the stony-hearted neglect of the European Union which set out on a mission to “democratize” Kosovo.

For many people the past is too close behind, especially for the families of the war victims and those in whose minds the years of persecution, segregation and ethnic supremacy are still very vivid. They were oppressed in the most horrendous of ways even after the war ended. Their pain has been silenced at best, even denied by the same people who orchestrated it. They never had the opportunity to deal with the past in a proper way and their perpetrators are still free. And what about the thousands and thousands of people that had to leave their homes to escape this war in the same exact way that Syrians are escaping today? What happened to those who returned to find their homes in ashes?

Reconciliation in Kosovo and elsewhere in the former Yugoslavia can only happen if there is moral and collective reparations for the victims and penalties for the perpetrators. Often, people tend to view this as a matter of opinion and disagreement between the Balkan nations. However, that it is a bad thing to be murdered, tortured or raped, humiliated or hurt, is not an opinion: it is a fact. In former Yugoslav countries, the governments have never really moved away from the nationalist-populist and divisive rhetoric of the past which relies on anything but facts. Serbia’s continued unwillingness to recognize Kosovo is a continuous denial of its role in the war; it’s a continuous denial of the de-facto apartheid dictatorship reign of Milosevic over Kosovo’s population before the eruption of this war. It is indeed a denial of well-known and well-documented dark truths.

Kosovo’s transition to a market economy in the turn of the millennia has caught many by surprise. Just like in the other former socialist republics, a select class has benefited from this bewildering transition, while the majority have not seen any substantial improvement in their living standards. Most people have not witnessed substantial expansions in terms of freedoms and opportunities, especially in comparative terms. Freedom should be the yardstick by which we measure our achievements (i.e., our “development”). Internally, Kosovo’s government has failed to consistently improve key sectors such as the education and healthcare system. Compared to ten years ago, the unemployment rate might have fallen by over 10 per cent, however, it still remains one of the highest in Europe with roughly one-third of the population out of the labor force.

The state has particularly failed in engaging the young people, women, and rural populations in a joined effort to create an economy that will work for all. Unemployment and poverty is detrimental to the real and subjective well-being of individuals. This combined with the stigma of their positionality within society quite often leaves them no other choice but to migrate and seek refuge in more industrial nations. This condition creates a danger that makes many turn to populists who seek to instrumentalize their grief. This has also undoubtedly made some segments of society vulnerable to radical ideologies. Still, it’s important to remember that the distinct Muslim identity of the majority of Kosovars has been used mostly to their disadvantage in the past. Giving simplistic explanations about the situation of Kosovo is failing to recognize the contextual factors that contribute to the frustration of its citizens. Calling Kosovo “The Cradle of Islamism” in articles overloaded by pictures that depict Western stereotypes is not only unjust and untrue, it also awfully fails to address the roots of this phenomena.

Finally, let me address the unjust treatment of Kosovars from side of the European Union. Kosovars are the only people in the region who are denied freedom of movement and are restricted to about 12,000 square kilometers. The EU moved forward to grant visa liberalization even for citizens of Georgia and Ukraine; considering Ukraine’s political and security situation in comparison to Kosovo, it’s obvious that this is a biased, political and strategic decision in order to get as close to Moscow as possible. With this in mind, we can rightly speak about the EU superstructure holding a nation of roughly two million people in a state of cultural and economic quarantine.

While most European nations cite “friendly relations” and a “path to EU integration” for Kosovo, we know from practice that good friends should lend a helping hand, especially for someone in need of help. Kosovo cannot be kept in a state where its young population is not able to travel to Berlin, Rome, and Bucharest. Progress and knowledge do not exist and cannot be generated in a vacuum of ideas. Freedom of movement for Kosovars is a necessity and should go hand in hand with the free movement of goods. Otherwise, we are talking about an unjust and uneven relationship.

These issues all converge to create a single burden for the individual who finds him/herself feeble and unfree. To understand Kosovo, we have to speak the basic truth: the people are being oppressed by forces much more powerful than them. The freedoms we are denied – socio-economic justice, freedom of movement, and post-conflict justice – should not be seen as privileges we should fight for, but basic rights that cannot be denied to us. All actors mentioned above have to recognize that they are responsible for this unfair and demeaning oppression that is causing people to lose their dignity and hope.

Bujar Aruqaj is a PhD candidate in social science at the Humboldt Universität in Berlin.