Kosovo wartime rape survivors wait in anguish and uncertainty for their belated pensions.

Feature image: Photo of Pranvera near the home where she grew up in the Drenica region. She was 16-years-old when she was raped by Serb policemen. She is now unemployed and is anxiously waiting for news about the status of her application for the pension, which she submitted in March. Photo: Valerie Plesch.

Pranvera waits anxiously every day for an answer, a simple yes or no. Frustrated and growing more hopeless, she often checks in with her friends to see if they heard any news.

No news. The wait seems endless.

“We’ve been patient for 20 years. These last five, six months have become unbearable,” Pranvera said while sipping on a coffee and smoking a cigarette at a cafe in central Kosovo earlier this month. It has now been more than seven months that she has not heard about the status of her application for the new government pension offered to wartime rape survivors.

When she first heard about the pension last year, she said it gave her hope, “a lot of hope.”

But now, that hope is fading away.

“In the morning I feel hopeful that maybe I will get the pension but in the evening, I lose all hope. No one calls us. No information or anything. I’ve lost hope,” Pranvera told Prishtina Insight recently. “I wouldn’t have applied [knowing] what they have done until now, it’s better not to apply.”

Pranvera was raped by eight Serbian police officers when she just 16 years old one spring day in 1999. She was pressured by her family to marry shortly afterwards to a much older man and relocated to a rural village. Since then, her life has been riddled with medical problems and long periods of unemployment.

There was a brief moment of hope for survivors when on February 4 of this year, a new government pension finally became available for survivors of sexual violence.

The government pension of 230 euros  which is close to a women’s monthly salary in Kosovo according to the latest Amnesty International report― was well received by survivors like Pranvera living in deep poverty and isolation. And for many – if not all – applying for the pension meant providing details of the crime in a detailed application process, requiring piles of documents and evidence of the rape, including medical records, therapy notes, and witness testimonies.

It is a grueling and agonizing process for the survivors that they must face if they want to be legally recognized as a victim of the war, and some NGOs working with survivors equate the process with “double victimization,” as they are forced to relive the painful memory again in detail without any assurances that they will qualify.

“I only want an answer. Yes, it’s done, or no, because we’re starting to feel more nervous lately,” Pranvera said about waiting without any news. “I live hoping I will get this pension. I’m feeling nervous, terrified and stressed. We talked, gave some testimonies how the crime happened, and if it fails in the end, it would be catastrophic.”

An estimated 20,000 women and men were raped during the war by Serbian police and the Yugoslav army. Before this year, only veterans and civilian victims were eligible to receive government benefits as survivors of wartime rape were not a recognized category by the government.

Wartime rape survivors fear reprisal from their families were they to find out about the rape, and often have to apply for the pension in secret through one of the four authorized NGOs working with survivors, or one of the seven municipality offices from the Ministry of Labor and Social Welfare’s Department for Families of Martyrs, War Invalids and Civilian Victims of the War.

“When I first heard about the pension it was like a never ending happiness for me, but you can see what is happening now,” Pranvera said. She applied at the end of March, and despite reassurances from the NGO that submitted it on her behalf that she is next on the list to receive news, she has still heard nothing.

Pranvera is aware of what happened with the war veterans during the last two years when a huge number of “fake veterans” allegedly received  pensions, but refuses to believe that this would happen with wartime rape survivors.

She is not alone. 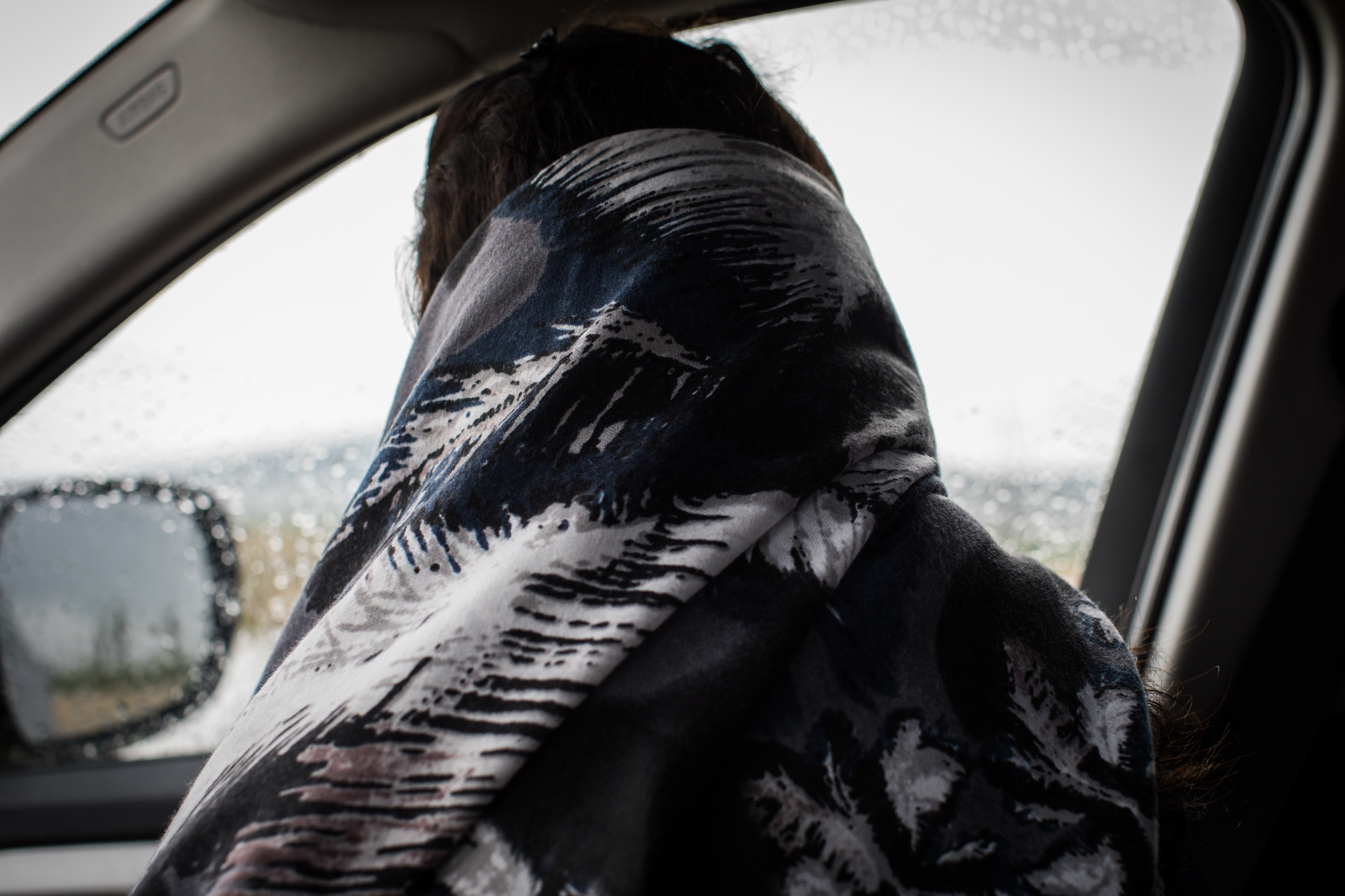 Mimoza stares out the window at the place where she was taken by Serbian police 20 years ago. She has been waiting since April for news about her application for the pension. | Photo: Valerie Plesch

Mimoza is another survivor who has been waiting for more than six months for an answer since submitting her application in April. The survivor, who is in her late 30s now, made a pact with her husband 20 years ago never to tell anyone about the rape.

“I feel​ ​so bad​ ​waiting. ​ It has been much longer than we thought​. ​We are waiting for 20 years now​ – how much longer do we have to wait?” she said. “We don’t have support from our families or society. The government did support us a bit but this was delayed a lot. This is so hard for us because our past is being repeated. Even though what we have suffered never goes away, the waiting makes it even harder.”

Since Kosovo’s governmental Commission to Recognize and Verify Survivors of Sexual Violence started receiving applications, close to 800 survivors of sexual violence from the Kosovo war have submitted applications. Only 145 have been accepted and 102 rejected, with hundreds of applications including Pranvera and Mimoza’s still pending.

“This is really a difficult, complex and sensitive process,” the head of the Verification Commission, Minire Begaj, said. She explained that the long delay can be attributed to the different types of documents the commission receives from applicants, some more than 500 pages long.

“You have to go into detail everything that is submitted, any psychological or physical examination, what happened, what was the relevance, how to connect the whole narrative and ultimately there is no straight line of thought that could lead you to an ultimate decision,” said Begaj.

She gave assurances that every case is reviewed down to the tiniest detail and that they are working as fast as possible.

When asked if survivors should give up hope, she replied: “Absolutely not. They waited for 20 years, there are only days ahead, not years anymore.”

Mirlinda Sada, director of Medica Gjakova, one of the four authorized NGOs to help with the application process, is also growing frustrated by the long delays. She remembers how her NGO convinced and pushed the survivors to apply – she did not expect this months-long delay to receive an answer.

“We have to face this problem every day,” she said. “We are late; we are late with the decisions. The women are starting to lose their patience.”

Sada is worried about the five-year timeframe that survivors have to apply and with the delays already experienced this year, is afraid that survivors might never know about the status of their application. Many are getting older and have serious medical problems. Recently, one survivor died shortly after completing her application through Sada’s NGO. The Commission had not even picked up the application from her office, which they are required to do on a regular basis.

Fatime is another survivor in her mid-50s, but she just submitted her application in September. She is aware of the long delays experienced by others, and is afraid of receiving a negative answer.  Even so, her eyes light up when she talks about how she will use to the pension to support herself and the necessary medicines she needs to buy for injuries suffered as a direct result of the rape.

“We deserve to get paid for what we suffered. At least we don’t have to beg for money.  We can use that money for medicine,” she said.

*All names have been changed to protect the survivors’ identity.

Valerie Plesch is a freelance photojournalist and writer based in Prishtina, Kosovo. Over the last year she has been photographing wartime rape survivors as part of her long-term documentary photography project that looks at the legacy of sexual violence in Kosovo.

Majority of University of Prishtina professors do not justify academic ranks