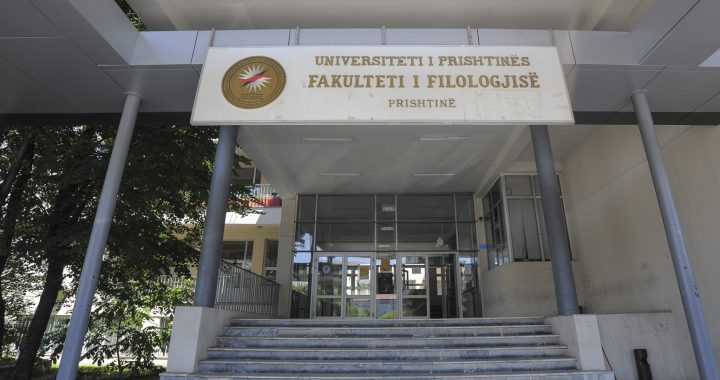 Majority of University of Prishtina professors do not justify academic ranks

A recent report analyzing academic staff and its output at the University of Prishtina shows that over half of professors do not justify their academic ranks, while hundreds have never published papers in legitimate journals.

A report called “Academic integrity, scientific publications and the management of the University of Prishtina” presented on Tuesday by the Prishtina-based Organization for Improving the Quality of Education, ORCA, found that 276 out of 465 researched professors at the University of Prishtina, or 59 per cent, do not justify their their academic ranks, a 13 percentage point decrease from the 2017 analysis by the organization.

The report notes that 208, or 45 per cent, of the examined professors have never published research in legitimate scientific journals, as defined by an administrative instruction issued by the Kosovo Ministry of Education, Science and Technology earlier this year.

Out of the 12 researched faculties at the university, the Faculty of Physical Education and Sports has the lowest percentage of professors who justify their academic ranks, 7 per cent, followed by the Faculty of Philology with 27 per cent and the Faculty of Civil Engineering and Architecture with 30 per cent.

On the other hand, 62 per cent of professors at the Faculty of Mathematical and Natural Sciences justify their ranks – the highest rate among the faculties – followed by the Faculty of Agriculture and Veterinary Science at 51 per cent.

The report shows an increase of papers published in legitimate scientific journals over the last few years, 2017 being the most prolific year ever with a total of 220 published papers, citing awareness over CV updating among professors, facilitation of the publication process as a result of the ministry’s administrative instruction, and increased awareness of the need for scientific activity as reasons.

In spite of that, according to the report, 33 per cent of all professors have published at least once in dubious journals.

Regarding candidates who applied to be elected, re-elected or promoted as academic staff, the report finds that 77 per cent of the applicants fulfilled the existing criteria, a 32 percentage point increase from 2017. ORCA says that it noted violations during the evaluation process, such as wrong listing of scientific activities and approval of unpublished papers.

Among the key findings regarding the qualification of teaching staff is that 103 assistants teach 328 classes across the university, despite being prohibited to do so according to the University of Prishtina Statute. Furthermore, 18 individuals who only have a master’s degree teach 34 master’s classes, which is also not allowed per the statute, according to the report.

Regarding the financial aspect of the academic staff, the report says that the university paid over three million euros for extra rates for existing staff outside their contracted working hours and for adjunct lecturers in the 2017/2018 academic year, rather than appointing additional staff. The professor to student ratio at the UP is 1 to 46, the “worst” in the region according to the report.

“The University of Prishtina must use the fund of 3.3 million euros to increase the number of regular academic staff,” the report recommends. “UP must stop the extra-statutory practice of professorial functions being done by persons that weren’t appointed or elected in professorial positions according to the provisions of the Statute approved by the Kosovo Parliament.”

As of October 2018, The University of Prishtina, established in 1970, is ranked as the 2435th best university in the world according to Webometrics, improving its position by 885 places compared to January 2018.