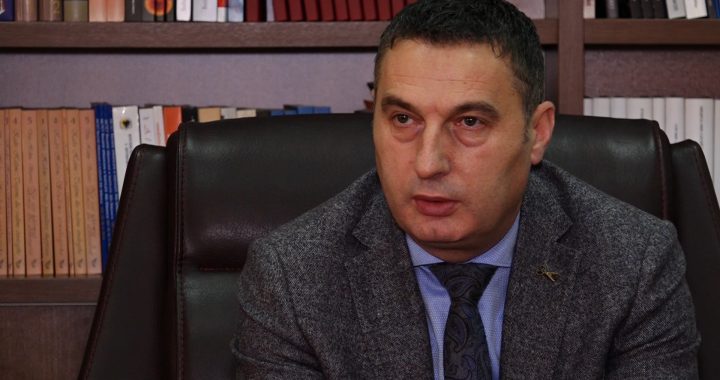 The number of public universities in Kosovo might be reduced from six to two, said a terse Shyqyri Bytyqi sitting in his office at the Ministry of Education, Science and Technology. The new Minister for Education, who took on this job in September last year, is planning a major overhaul of Kosovo’s education system — especially in the higher education institutions that have been plagued by academic dishonesty and poor quality.

The only people who would really mind, he said, are the rectors who could lose their titles.

According to Bytyqi, public universities in the country are lagging in quality. He told Prishtina Insight that the decision made during Hashim Thaci’s government to establish six universities in six different Kosovo regions was rushed.

“The universities were opened without wanting to discuss why they were being established, without the evaluation of requirements for opening public universities… and when things are done without an assessment there is a large risk that things will not work,” Bytyqi said.

He also promised that current programs would be reviewed but that no program in which students are currently enrolled would be terminated.

Bytyqi hopes that a working group headed by the ministry will compile his plan into a formal recommendation in the next few weeks.

This is not the first move by Bytyqi that has raised eyebrows. In an effort to tackle issues within Kosovo’s largest public university, Bytyqi dismissed the members of the Steering Committee of the University of Prishtina after they failed to report to the ministry.

Bytyqi denied that his position on dismissing the four members of the Steering Committee appointed by the Ministry was political.

“The decision to dismiss the board of the Steering Committee of the University of Prishtina came as a result of the evaluation of this council’s work. We noticed that since I and the rest of the cabinet were appointed, there has not been a readiness to cooperate with the Ministry [of Education]… There was negligence and a failure to fulfill obligations,” he said.

New members have yet to be appointed.

“We hope that we will find people to appoint to the council who will have responsibility for the work that they will do and be much more active regarding the obligations they have towards the university,” he said.

“We drafted an administrative instruction that was signed on January 19; it will improve the situation of academic advancements,” said Bytyqi.

He said that NGOs were also involved in writing the administrative guideline, which categorizes and defines journal databases that do not have an impact factor and as such cannot be considered as academic publications where professors can publish to advance their titles.

The administrative instruction is opposed by the University of Prishtina’s rectorate because they believe it breaches the institution’s autonomy.

The instruction, however, also foresees a circumvention to this list, allowing the University Senate and faculty departments the possibility of suggesting journals that do not appear on Ministry-selected databases. The caveat: publications in these journals will earn academics only partial credit towards fulfilling the criteria of necessary publications for advancing from one academic title to the next.

“The Senate can propose three platforms… and the factor of an article will be 0.70,  so a publication will not be accepted as a full research paper,” Bytyqi explained, adding that papers in a publication suggested by an academic department will be considered as ‘half a paper.’

Bytyqi also explained that the Ministry is working on changing the Law on Higher Education to introduce mandatory professional exams for all fields. This will affect private and public institutions alike.

“We have a law that requires a state exam for regulated professions, but we are trying to change this, we’re trying to introduce it for all professions,” said Bytyqi. Another way to implement quality control, Bytyqi said, is to categorize diplomas issued by universities.

“Our original idea was to also categorize diplomas. Someone might have a diploma of the first or second level, and someone from a lower level,” said Bytyqi.