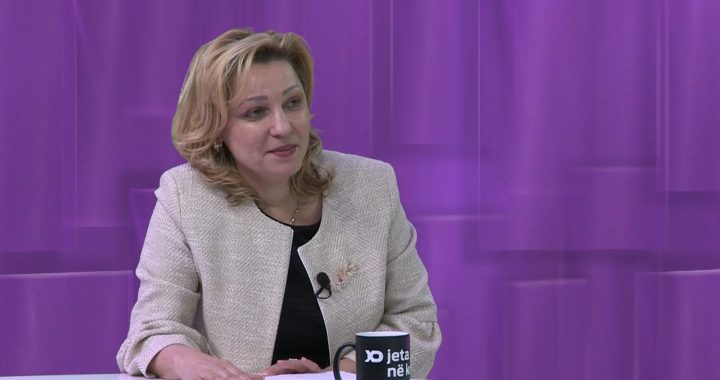 The head of the EU office in Kosovo, Nataliya Apostolova, says that by stalling over the war crimes court and the Montenegro border deal, Kosovo’s MPs are holding their own nation hostage.

In an interview for BIRN’s TV show Jeta ne Kosove, the head of the EU office in Kosovo, Nataliya Apostolova, warned that MPs’ push to revoke the Law on the Specialist Chambers could have consequences for Kosovo and for its credibility as a partner of the European Union.

Discussing the MPs’ initiative to abrogate the law establishing a special court for war crimes, Apostolova said the EU needed to have credible partners.

Expressing concern about how suddenly the initiative was pushed forward, she called it “an example… of how volatile credibility, and the feeling of trust between partners, is”.

The EU was now waiting for the Specialist Chambers to begin work, she said, regretting what she called “a very big misinterpretation about its mandate” – referring to its powers and to claims that the court is ethnically based and will only try ethnic Albanian war crimes.

“First of all, no one has limited the circle of the people who might be indicted only to Albanians. It [the court] is not ethnically biased,” she said.

Apostolova also addressed the vexed issue of Kosovo’s border demarcation with Montenegro, which Kosovo’s parliament has yet to approve, despite EU pressure for Kosovo to close the matter.

Recalling its status as a precondition for visa liberalization with the EU, she said resolution of the border issue had been made a condition because of what had happened with other EU member states, alluding to the ongoing border dispute between Slovenia and Croatia.

“So this is very clear… the Assembly has it [the issue of demarcation] in its hands,” Apostolova said.

Isa Mustafa’s previous government withdrew the demarcation draft law from parliament in September 2016, after opposition parties obstructed the vote by using whistles, water and even letting off tear gas.

Kosovo’s new Prime Minister, Ramush Haradinaj, who opposed the deal in opposition, says he is still against it, but has sent the same bill to the assembly to be voted on.

Apostolova made clear she was not impressed by the delays and prevarication.

“Let me again call on politicians in Kosovo to really think twice if they wish to keep as hostages the young, the normal citizens who really want to travel, see their families and obtain access to cultural heritage in Europe, just because of some small political party, and individual interests,” she said.

Kosovo is the only Western Balkan country that does not have a visa-free arrangement with European Union member states.

“It is a political interest, which has made this very technical issue a very big problem,” Apostolova said.

“I wouldn’t say that EU bears the responsibility for putting the Kosovo people next to a wall and denying them access [to Europe],” she added, noting that Kosovo had agreed to EU conditions, “which still are not met”.

However, Apostolova also emphasized that conclusion of a border demarcation deal was not the only condition for scrapping visas to the EU. A track record of a successful fight against corruption was another key precondition for visa liberalization.

Talking about the fight against corruption and organized crime, as another criterion for visa liberalization, Apostolova said that EU experts were monitoring high-profile corruption cases in courts.

“I am not going to disclose them. I cannot talk about the cases at all,” she said. “ These are cases which are very well known to the Ministry of Justice and most of them are high-level cases.”

However, she did clarify that the EU would monitor progress on these cases all the way to their conclusion.

According to Apostolova, the fact that so many high-profile corruption cases ended without sentences or confiscations suggested that Kosovo’s current track record was not good enough to allow for visa liberalization.