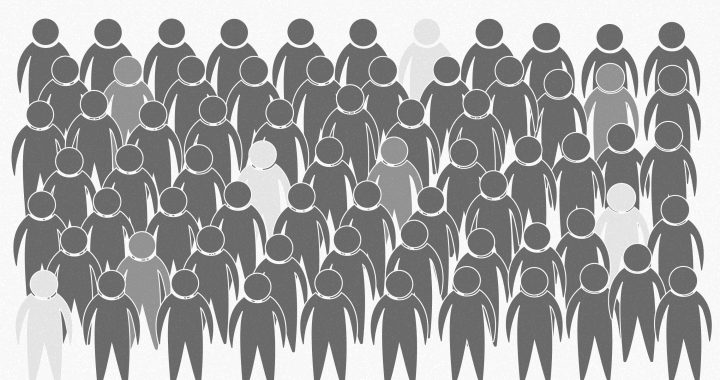 The shaping and reshaping of Kosovo identity

Kosovo’s leaders should focus on understanding the role ethnic identity plays within Kosovo’s borders, and bring down the walls that divide Kosovo’s ethnic groups.

Kosovo’s heavily politicized context is again seeing a surge of ethnic and national debates in light of the issue of “border adjustment” with Serbia.

Coined recently, the idea rests on the premise that an ethnically-based land swap between the two countries would see Serbian-inhabited areas in northern Kosovo join Serbia, while the Albanian-inhabited areas of southern Serbia would join Kosovo.

The political effects have been well analyzed, but less has been said about how such a recipe would affect those that matter most – the people.

As a social psychologist, I believe this is where the heart of the matter lies, as it is among people that post-conflict hardships persist.

While political leaders might find a quick-fix solution appealing, they need to consider the costs that this has on the reconciliation process in the longer run.

What are the costs? First, narratives that focus on border adjustment on ethnic lines risk harming already fragile inter-ethnic relations between Albanians and Serbs in Kosovo.

By treating people exclusively as members of ethnic communities, they are deprived of a sense of citizenship. It amplifies group boundaries, suggesting that Albanians and Serbs as ethnic groups have irreconcilable differences that can only be solved if clean ethnic lines are drawn between them.

Contingent on socio-political factors, group boundaries are important; they play a central role in how people perceive themselves and others, and how they behave towards one-another. They provide a psychological experience through which the social world is categorized and treated.

For example, when ethnic belonging becomes salient (or is activated) in a given social environment, it creates a tableau on which people are categorized into “us” (in-group) or “them” (out-group) terms.

Evidence in Kosovo shows that for both Albanians and Serbs, ethnicity constitutes a dominant form through which group boundaries are drawn.

That is, for an ethnic Albanian or Serb in the Kosovar context, the key defining feature by which the “other” is perceived and evaluated rests on which ethnic background the “other” belongs to.

The stronger these ethnic lenses are, the more negative attitudes towards the ethnic out-group are, the less people support anti-discriminatory policies, and the less they are willing to establish inter-ethnic contact with outgroup members.

This is not to say that having a worldview that is ethnically nuanced is wrong. However, politicizing and institutionalizing ethnic belonging in an already negative inter-ethnic setting, like this one, is.

Not only is ethnicity an important social filter in Kosovo’s intergroup context, it is also an essentialized identity.

This is what a young Serb in North Mitrovica claimed, discussing his ethnic identity: “The fact is that I am a Serb, I cannot change it even if I wanted to. I was born a Serb and that’s it”.

This primordial conceptualization of ethnic identity implies that members of ethnic groups cannot change, and excludes the option that group identities, including ethnic ones, are socially constructed.

Perceiving ethnic identity in fixed terms suggests the following: If Albanians or Serbs inherit their Albanian or Serb genes and they each perceive the other ethnic group as evil and untrustworthy, the perceived evilness of the “other” group will always be there.

Telling people who have such deep-rooted identity conceptions that an ethnic border land-swap should occur signals that ethnic groups will never learn to coexist with one-another, and that we are all better off if we get settled with our own kind.

Importantly, it frames ethnic identity as something that people need to defend and erroneously threatens it in an already threatening environment, identity-wise.

A threatened identity makes people show an even stronger attachment to it, and a stronger (ethnic) identification provides the basis for possible derogation of others along ethnic lines.

Instead of augmenting this cycle, political leadership needs to acknowledge and recognize ethnicity as a valued identity. It needs to show that it is OK to be a Serb, an Albanian, a Turk or a Bosniak in Kosovo, and that all groups are equal citizens of this country.

Drawing national borders along ethnic lines does the opposite. It scapegoats this.

Secondly, presenting the Kosovo-Serbia border issue along ethnic lines not only diminishes attempts made over the past two decades to improve relations between Albanians and Serbs, but strips away the hope that a functional civic, Kosovar identity will ever develop.

If citizens continue to be treated only on the basis of ethnic lines, why should they bother to see beyond those lines?

It is evident that the civic (national) identity in Kosovo has limitations and is not yet the inclusive multi-ethnic overarching identity that was envisioned back in 2008.

Some of our studies show that the Albanian majority see the Kosovar identity as just another form of their Albanian ethnic identity, i.e, highly representative of their own ethnic group and exclusive of Serbs.

To Serbs who feel that the Kosovar identity does not include or represent them, it provides only a vague platform with which they can potentially identify.

Despite these limitations, however, evidence also suggests that when Albanians are able to perceive the Kosovar identity in more inclusive terms, and acknowledge that it includes all ethnic groups living in Kosovo and not just Albanians, it improves their perception of Serbs.

And although Serbs show little identification with the Kosovar identity, when they do, their evaluations of Albanians likewise improve.

This shows that, although limited in its current form, the new Kosovar identity has the potential to work, if efforts are made to develop it in inclusive terms.

Third, instead of playing the ethnic card, political leadership should provide narratives that help develop this inclusiveness and do not exacerbate the existing exclusiveness.

Unlike other countries in the region, where a sense of citizenship has existed for a longer time, we have an unprecedented opportunity to intervene in the way the Kosovar identity develops, and political leadership needs to play a helpful role in this.

A focus on building symbolic ethnic walls along the border draws the spotlight from where it should focus: on breaking down the walls that already exist within the country.

Two decades since the end of the conflict, Albanians and Serbs still live segregated lives and continue to develop their own parallel universes.

The young, born and raised after the conflict, perceive inter-ethnic relations as tense. The ethnic gap is widening as this cohort of citizens has little or no interaction and cannot even speak the language of the other ethnic group anymore. As much as 50 or even 70 per cent of young Albanians in two samples in Prishtina and Mitrovica say they have never had any contact with a Serb.

One can imagine the kind of attitudes the young develop if everything they know about the “other” comes from war stories, biased political narratives and the media.

Lack of inter-ethnic contact creates a pool in which prejudice grows, as people have no opportunity to question their negative beliefs about the “other”.

The Kosovo political leadership needs to break away from the paradox where it claims to aspire to a borderless European Union but speaks about borders in a damaging manner; where it seeks European integration but ignites divisions between ethnic groups within the country.

The leadership needs to help bring down the walls that have been built within the country, not create new ones that lie along ethnic borders. It needs to make people feel secure about who they are, not threaten them with yet another identity struggle.

It needs to cherish ethnic differences but also point to the commonalities that ethnic groups share as citizens of this country.

The fact that there is animosity between Albanians and Serbs need not be politically amplified as an eternal condition that cannot be changed. It can be.

We need a forward-looking agenda that is not based on patching quick political fixes but addresses the concerns and needs of people.

The debate about borders with the outside should shift to the boundaries on the inside.

The latter may be less visible, but they are much more profound in the meaning they constitute for Kosovo’s people and for the quality of their lives.

Edona Maloku is a social psychologist specializing in identity and intergroup relations. She is a research member of Utrecht Groups and Identity Lab in The Netherlands and a lecturer of Psychology at RIT Kosovo (A.U.K).