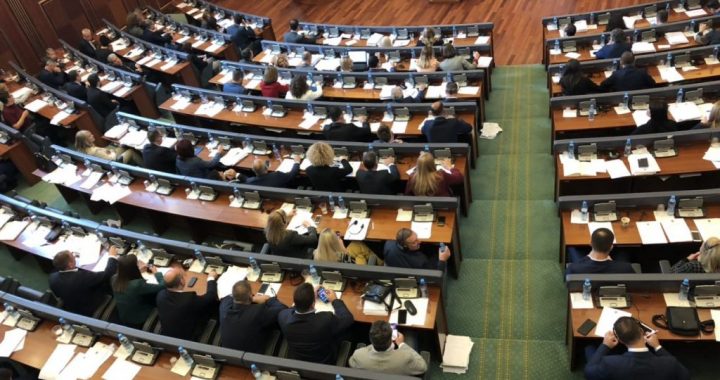 Members of the Kosovo assembly bypassed the need for constitutional amendments on Thursday by approving three laws that increase the competences of the Kosovo Security Force, KSF, without declaring it an army.

All parties represented in the Kosovo assembly, except for Kosovo Serb representatives, have approved draft laws on the Defense Ministry and the Kosovo Security Force, KSF, expanding the latter’s competences.

Proposed by Rrustem Berisha, Minister of the KSF, the draft provides for the gradual transformation of the KSF into an organization that will protect the sovereignty and territorial integrity of Kosovo. At the moment, its mission is limited mainly to responding to emergency situations in the country.

By adopting the draft laws on their first read, the assembly avoids the need to pass constitutional changes required to change the KSF into a regular army – which Serbia bitterly opposes.

A constitutional obligation for that would require a “double majority” – meaning support from two-thirds of all 120 MPs and two-thirds of the 20 ethnic non-Albanian MPs.

Kosovo Serb MPs, who hold 10 of the 20 seats in the assembly reserved for non-Albanian communities, have blocked such initiatives.

Before the voting started in the assembly, MPs from the Belgrade-backed Serb List, Srpska Lista, left the hall.

“Even senior representatives of the international community, here I think of NATO, but also US representatives, have repeated many times that while we are talking about changing these laws, the constitution should be respected – so the Serbian stance is required,” Simic said.

NATO told BIRN on October 5 that it supports the continued “development” of the KSF, but that major changes should follow due consultation with all communities affected, and with NATO itself.

“It is important that any initiatives regarding the mandate of the Kosovo Security Force should be fully consulted with all communities in Kosovo and with NATO Allies,” NATO told BIRN.

In spring 2017, President Hashim Thaci tried to bypass the Serbian blockade by proposing changes that would broaden the responsibilities of the KSF, but without involving the passage of constitutional amendments.

When Prime Minister Ramush Haradinaj surprisingly sent the laws to be voted on at a government meeting in September, Thaci initially stated that it was the “wrong moment.” Soon after, however, his stance changed.

After voting on the draft laws, the parliamentary committee on the KSF will have the chance to change what MPs propose during parliamentary discussions.

The draft laws will enter into force after a vote on the second reading.