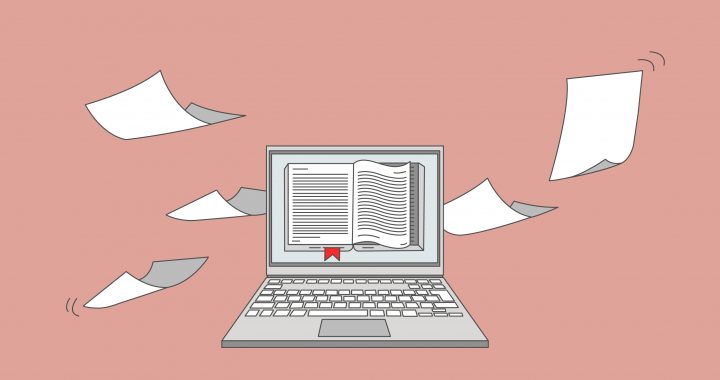 Towards a paperless Kosovo

Complete e-governance would help Kosovo to decrease corruption and bureaucracy and increase efficiency. Members of diaspora, with their potential and expertise, could be an asset for the nascent state.

A newborn country so well-connected online, with almost 90 percent of its citizens penetrating the internet, has no reason to justify why services and connection both to public and private sectors cannot become more digitized. A year and a half after completing my studies in e-governance, I am now working with and learning from the best in the privacy field, a huge accomplishment for someone who was once a little girl born and raised in Oslo by an immigrant family from Kosovo.

I am proud of where I originally come from, Bllace, the town of Suhareka, and I am proud to tell them that when the chance presents itself, I am ready to provide this expertise to the home country that I never got the chance to live in.

Now, I share a city with the some of the biggest Kosovo artists, such as Rita Ora and Dua Lipa, who both have provided their contribution “back home.” I believe that young Kosovars in the diaspora have enormous potential to contribute not only in the fields of culture and sports, but also with their educational expertise that may result in moving the country in the right direction.

With my educational background I see that, sector by sector, life in our home country can be more digitized, including health, education and other administrative sectors that provide services and rights and duties to the citizens.

Kosovo can become a paperless society. With a population of just less than two million people, going digital will not be that challenging theoretically, or in practice. This is because Kosovo can start from scratch and learn from other Western European countries that have already implemented processes of automated decision making and communication.

The example set by EU member states smaller than Kosovo such as Estonia, which has achieved a completely paperless governance system, should serve as a model for Kosovo. Today, Estonia is one of the most efficient and least bureaucratic countries in the EU, now one of the least corrupt countries worldwide. Additionally, a paperless governance system would ultimately have other positive outcomes, for instance improving its environmental awareness record, that could be a key challenge in Kosovo’s future.

The impact of this process will see a more efficient and fairer distribution of public services to Kosovo citizens. Decisions would no longer be based on the “who-do-you-know” system in government that can help you benefit the most out of your rights, or avoid your duties. Choosing the digital system over paper would result in decrease of corruption by introducing a robust tracking system and accurate decision making processes.

Leaving paper behind would not only help the fight against corruption, one of the biggest obstacles for Kosovo’s future, but it will also decrease government spending on bureaucracy.

A paperless governance would have its cost as well, but in the long-run the benefits of increasing efficiency of governance and decreasing corruption and bureaucracy would justify the initial investment. If Kosovo can invest over two billion euros to construct two highways, it should be able to invest in a capital project such as this that connects citizens with the state.

For the Kosovo diaspora in particular, E-governance would have another positive effect – E-voting. Using electronic means to cast ballots would improve the voting for Kosovo’s diaspora, who have always had problems participating in the democratic process in Kosovo during the elections.

Further, the decrease of resources for bureaucratic practices provides more resources in other fields like healthcare, education and social services for citizens that are less financially secure. This sounds like a dream scenario for Kosovars. However, digitalization has a downside: that citizens need to believe in their government.

They need to believe in their decision makers. Replacing paper with an electronic system does not mean that decisions cannot be corrupt. They still can, because automated, pre-programmed decisions that citizens would receive are based on the prior decisions and interpretation of existing regulations by lawyers and politicians that are implemented within a system afterwards, for example concerning concerning taxation, pensions, or university acceptances. These prior decisions and interpretations need to be made by the right people and in the most transparent procedure possible.

The scenario described above cannot happen overnight. Most countries in the EU have worked on digitalization for over 50 years, and still need improvements. Rapid technological developments always overtake political and regulatory developments.

However, with a country so young, the role of diaspora can be beneficial, helping to avoid the mistakes other countries have made in the digitization process. The diaspora consists of individuals and professionals from legal, tech, political and entrepreneurial backgrounds, who can directly share best practices and methods with developers and regulators in Kosovo.

As digitalization must happen step by step, tracking the evolution of public sectors and businesses in Kosovo is crucial to pinpoint where digitalization is needed the most. When this is mapped, the sharing of best practices can happen primarily through different digital tools allowing people to work together from different geographical places. Secondly, diaspora individuals with specific expertise, rather than political engagement in Kosovo, can audit the procedures from an outside point of view, avoiding decisions going in favor of specific interests.

The prime time of digitalization is now, and choosing this path is going to require a lot of ‘external’ expertise. But the exchange of best practices is also going to help interdisciplinary fields already existing in Kosovo to work together, rather than separately. In order for Kosovo to choose the paperless path, step by step technological investment will be the key factor of success for this nascent country. I hope Kosovo is ready for this change.

Drenusha Suka holds a master’s degree in e-government studies from the University of Oslo and a master’s in law from Queen Mary University in London. Currently, she is an intern at Promontory IBM company in London and is co-chair of the taskforce Empowerment and Diversity of the political youth organization Young European Federalists.