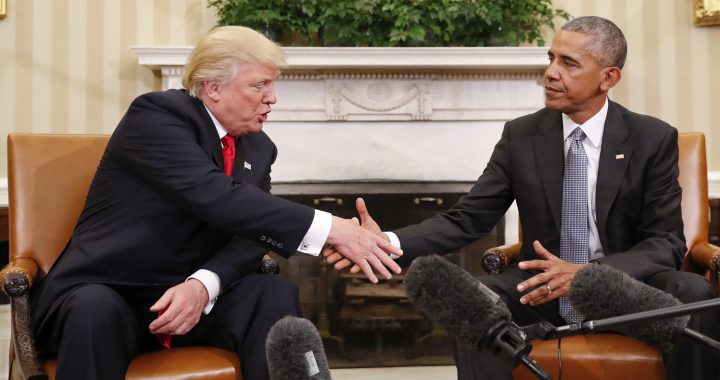 This is not a normal President-elect or a normal transition.  We are entering into a period of complete abnormality.

Most people I talk to in Kosovo don’t seem to quite get how much the world has changed because of the US elections. This is a devastating result and if you have American friends on your social media feeds then you’ve probably seen cries of rage or elation depending on where they fall. You might think that this doesn’t affect Kosovo and the Balkans too much. After all, this region hasn’t exactly been a priority as of late and the US seems to take Kosovo’s love for the US somewhat for granted.

But it is, in fact, very possibly, irredeemably damaging.  What many commentators and analysts miss is that the Left or Right binary political system has been swept away. There is no predictability in what a President Trump will do. Until now, whether under Republican or Democrat leadership, the US policy towards the Balkans at large and Kosovo in particular has been steady.  During the war, Republican Senator Bob Dole and Bill Clinton were on the same page, and it was bipartisan action led by Bill Clinton that brought the NATO bombing.

George W. Bush did not end the support. He even came to Albania in 2007 in a show of gratitude for the one Muslim majority country he knew he could count on in the coalition of the willing in Iraq.

But Dole and Bush represent the establishment class of Republicans who did not support Trump. In fact, Trump attacked these Republicans as hard – and even in some cases, harder – than Democrats. He has absolutely no loyalty to their policies and certainly no loyalty to Clinton or Obama Democrats.

It is speculated, as of this writing, that his Secretary of State appointee will be the former mayor of New York City Rudy Giuliani. Giuliani’s term as mayor was largely a failure. A former prosecutor, he ran on a law and order platform including promoting an anti-crime strategy known as “Broken Windows.” Police would attack any sign of disorder down to the smallest offenses. What this turned out to mean was increased harassment of black and brown people, particularly young men.

Living in New York at the time I remember this period well. As a student protester against Giuliani’s cuts to student aid I was arrested for civil disobedience and – quite literally – tossed in jail by the police. I also remember police accidentally mistaking a student film crew I was on for drug dealers and pulling their guns on us while we sat in an apartment building vestibule.

The cases of innocent men like Patrick Dorismond who was killed by the police and Abner Louima who was brutally raped with a  broom handle by police while in custody signified Giuliani’s mayoralty. It was only when the World Trade Center came tumbling down that Giuliani regained any respect and became ‘America’s Mayor.’ Soon after that he stepped down as mayor and ran a security consultancy with many foreign clients, immediately placing him in a variety of conflicts if he should become Secretary of State. Amongst his clients were an Iranian group on the US State Department watchlist according to the New York Times. Other than his consultancy he has done nothing else that would even come close to qualifying as foreign policy experience.

If this comes true – and this pretty much rings true for every Trump confidante, from Sarah Palin to Newt Gingrich, you’re basically looking at a weak, sycophantic appointment who has little interest in policy, outside of their own ambition and they are lead by a man who has little or no knowledge of the world outside of the US. To make matters worse he shows no inclination of learning about it.  When Trump had a chance to visit his wife’s Balkan home country, Slovenia, before their marriage he refused to stay overnight. Instead he flew in, ate dinner with her family and then immediately flew back out again.

None of this bodes well for Kosovo in this crucial period.  Currently, Kosovo is lagging behind the region in terms of visa liberalization and access to Europe. Even with the recently signed SAA agreement, the economy is still-at best sluggish. 32 per cent of people in Kosovo are gainfully employed.  The poverty rate is a whopping 29.7 per cent, according to statistics from the UNDP. Add an unstable government, on-going negotiations with Serbia, ever-present corruption and environmental issues.

A source at the US Embassy in Prishtina told me during the summer  that it seems likely already that the US would be scaling down future financial commitments, including possibly downscaling Bondsteel. Trump has already said that he wants countries to pay more for protection and implies that he would not give full support to NATO. Closing Bondsteel would seem to fit Trump’s worldview.

Add that to the speculation that USAID may be closed during a Trump administration. Trump has said many times that he felt foreign aid should be cut completely and the money used to build American infrastructure. Since 1999, the US has given $2 billion USD to Kosovo, according to the US State Department. The State US did commit to 400 million USD more in 2008 for the next few years. Last year, the US gave $79,453,491 to Kosovo to support projects from rule of law,  to anti-corruption, agriculture, women’s rights, and economic development.

Trump has been enthusiastically welcomed by Serbian Prime Minister Vucic and the former head of the Serbian Nationalist party and former war crimes indictee Vladimir Seselj in Serbia. Trump is endorsed by former Prime Minister Nikola Gruevski in Macedonia as well.  Trump’s photograph dots North Mitrovica. Indeed, throughout the election campaign. Trump has said he admires Russian President Vladimir Putin (and of course Russia’s role in the campaign has been a big issue in the campaign especially with regards to document leaks). Trump’s remarks on Muslims, women and other minorities are well known, making these endorsements an easy fit.  But just in case you missed key points: Trump admits to committing sexual assault, wants to ban Muslims from the US, wants to stop the US from taking in refugees and wants to deport what he says are 30 million illegal immigrants (in fact there are only 11 million). He has also made disparaging remarks about every group in the US except straight, white, Christian men like himself.

His new Chief Strategist will be Steve Bannon, the former CEO of Breitbart news who was his campaign chief. Bannon is a notable far-right ideologue, anti-semite and racist with ties to European far-right extremists Geert Wilders of the Netherlands and Marine Le Pen of France.   None of these demagogues hold any fondness for Kosovo. In fact, all of them were against the NATO bombing in 1999.

Many far-right extremists in Europe are now feeling very positive about their own domestic elections on the backs of the Brexit vote in Britain to leave the EU, and now the biggest victory of them all, President-elect Trump.

On top of all this, one has to consider the instability throughout the US diplomatic and security ranks. Normally, top-level civil servants are replaced by a new set of Presidential appointees. But since Trump has no experience governing, thus no group of people in government he has worked with, it’s impossible to say who he will appoint.  Trump and his aides did not realize how complicated the Presidency actually is. The Wall Street Journal – one of the most respected conservative newspapers in the US – has reported that President Obama will give additional help to Trump in the lead up to the inauguration. This is unprecedented.

Republicans in the security apparatus also spoke against him during the campaign. There are also rumors that a number of State Department officials are considering to leave rather than represent Trump. Whether that will happen or not is obviously difficult to say, but currently, everything is up in the air.

A President sets the entire tone for an administration. If you work for an agency you represent the United States and by extension her President. Typically, civil servants continue their work during political transitions regardless of their political differences with the new administration. But Trump’s radical statements on foreign policy, including not supporting NATO countries if they are attacked, may prove a step too far.

People are also speculating that America’s strong institutions will withstand Trump. Institutions are only as strong as the leadership and the people working inside them. Already, the US has faced a backlash against its institution protecting the votes of minorities, particularly black people when key parts of the Voting Rights Act were invalidated in 2013 by the Supreme Court. Under a Trump presidency with the promised selection of jurists fitting his conservative mold, and now that both the Congress and Senate are run by a now-cowed Republican party, one should expect more institutions to weaken.

Of course, there are other issues of interest in US-Balkan relations, including counter extremism efforts that should remain a priority in a Trump administration. How those will be affected is hard to know. So far registering Muslims in the US and deporting them seem to be the only counter terrorism policies Trump has come up with aside from a secret plan to destroy ISIS, which Trump has said he won’t reveal for fear of tipping ISIS off.

This is not a normal President-elect or a normal transition.  We are entering into a period of complete abnormality. Hardly anything is predictable and the rules and conventions that once guided Presidential transitions and administrations are off the table. What we can go by is that Trump is a demagogue, a misogynist and racist who answers to no one.  Anyone who makes assumptions based on past US history would be wrong.