‘Until the last person is found, we will not be satisfied’

Families whose loved ones are still missing 21 years after the war in Kosovo continue to press Kosovo and Serbian authorities to work together to locate and identify the 1,641 people that are yet to be found.

Myrvete Hoti has been searching for her brother for more than 20 years. A well-known political activist, philosopher and international law professor, Myrvete’s brother Ukshin spent much of the 1980s and 1990s in and out of prison, sentenced for his participation in political protests condemning discrimination and human rights abuses committed against Albanians.

After a five-year stint in prison in Dubrava, Ukshin was set to be released in May 1999. Speaking to BIRN, Myrvete recalls her desperation trying to make sure that the day he was released, a familiar face was waiting for him outside Dubrava.

“I had been visiting him in prison, but because of the bombing and the conflict we had to leave Kosovo, and I knew that when Ukshin was released he would have nowhere to go,” she says. “I couldn’t return to Kosovo because I had my passport taken away.”

Myrvete sought help from lawyers in Macedonia and Serbia, the European Commission, American diplomats and the International Committee for the Red Cross, but no one was able to tell her what had happened to her brother after he left prison. She heard rumours that he had been sent to prison in Nis, Serbia, but attempts to confirm this were futile.

“When I finally came back to Prishtina I thought I would find him. I searched for two weeks, and I had hope, I remember thinking that I had heard him calling from outside my balcony, saying ‘sister, did you forget me already?’ It wasn’t a dream, intuition, perhaps… So I went to every institution possible, and spent thousands on lawyers,” she recalls. “But no one could find him.”

Silvana Marinkovic has also spent the last 20 years searching for a missing loved one. However, the circumstances around her husband’s disappearance are quite different: according to her, those responsible are still living and working freely in Kosovo today.

“My husband disappeared in [the village of] Llabjan in June 1999,” she says. “The perpetrators are known, are free and are working in the Kosovo Police.”

Marinkovic joined the Association of Missing Persons of Gracanica to advocate for the plight of Kosovo Serbs like her husband that went missing between 1998 and 2000. She says that not enough has been done to prioritise the search for missing Kosovo Serbs.

“Only 10 cases of Kosovo Serb missing persons have been resolved,” she says. “As family members we have the right to demand an investigation if we suspect something has happened, and we suspect that many Serb victims were transported to Albania. They say it is fiction. All I will say is that the fate of these missing persons has to be resolved.” 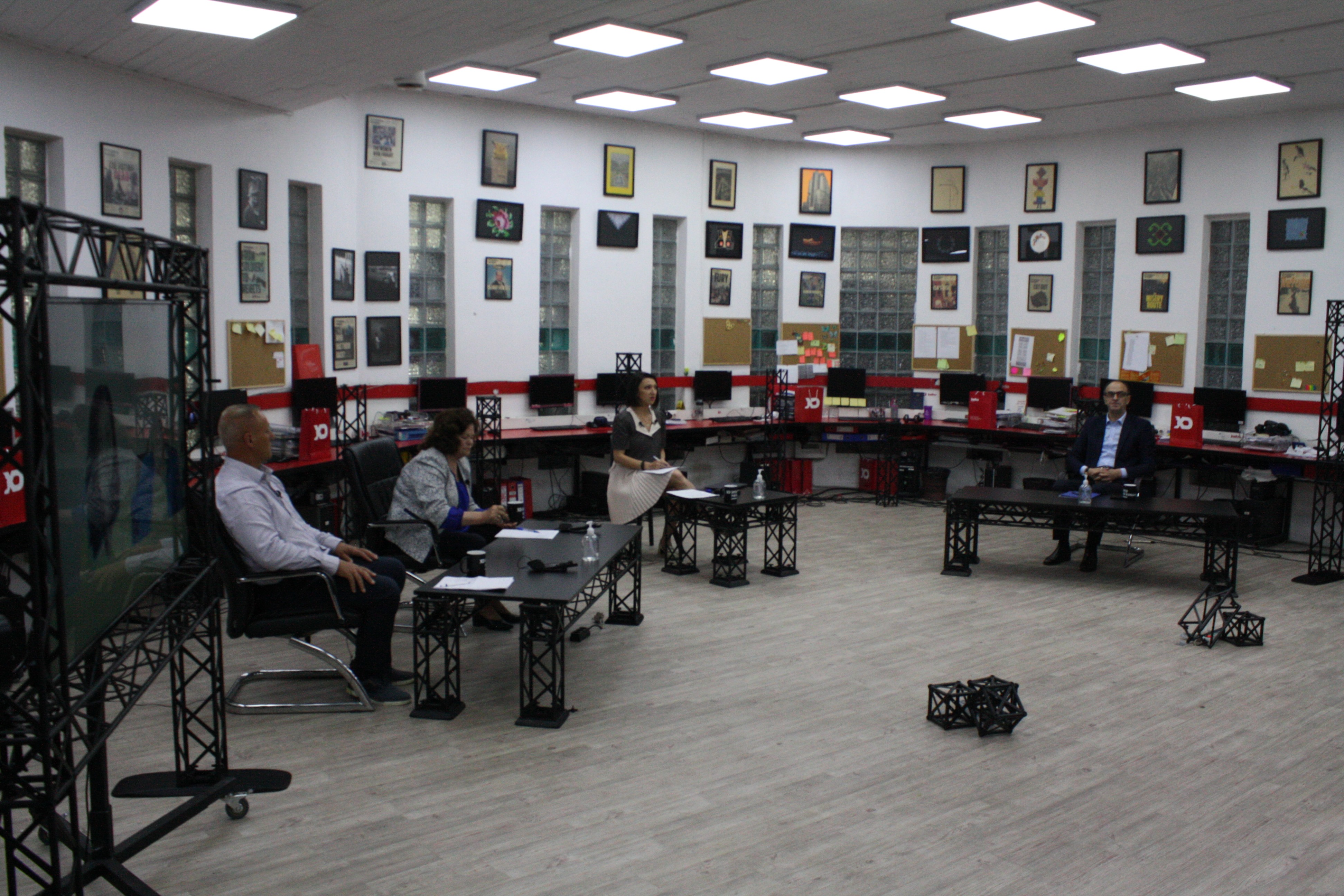 Representatives of local and national associations for missing persons from Kosovo and Serbia joined Hoti and Marinkovic for a debate on BIRN’s televised programme Jeta ne Kosove on Thursday. They discussed the achievements, challenges and future efforts of those still active in the fight to locate and identify all people whose fate is still unknown, two decades after the war in Kosovo ended.

1,641 people are still missing after the war

Ibrahim Makolli, head of the Prishtina Delegation in the Working Group on Missing Persons which is chaired by the International Committee for the Red Cross, ICRC. He says that there have been both successes and failures over the last 17 years that he has been involved.

“We have 1,641 still missing from the conflict in Kosovo,” he says. “When we think of this number, none of us are happy with the process – until the last person is found we will not be satisfied with our engagement.”

According to Makolli, the ICRC has been the only international mechanism that has brought counterparts from both Serbia and Kosovo together to resolve the issue of missing persons. The Working Group, which became operational in 2004, aims to facilitate the exchange of information between Prishtina and Belgrade authorities on missing persons, in particular on potential gravesite locations.

Makolli believes that, purely in terms of numbers, there has been progress in the identification of missing persons, with the number recorded as missing dropping from 6,500 after the war to 1,641 today. He notes that while there has been tension between the delegations from Kosovo and Serbia over the years, both sides have managed to put hostility aside and work together.

“The Working Group was established with the aim of not being affected by politics. We are dealing with the issue of missing persons here, and while meetings were tense, we managed to continue without being directly affected,” says Makolli, who credits the Kosovo Government for playing “an important role in pushing his process forward.”

However, Agron Limani, the head of the Association of Families of Missing Persons in Krusha e Vogel, disagrees.

“We are not satisfied with the Kosovo authorities,” he tells Jeta ne Kosove. “People are well informed about what happened in Krushe, many people were killed in one day, and 68 still remain missing. Kosovo authorities have not recorded all the evidence of the massacre in Krushe, and it is absurd that after 21 years we haven’t had authorities come and make all the information on this atrocity official.”

Limani acknowledged that more than 57 people provided testimony to Kosovo authorities after the war concerning the events that led to the murder of 113 people in the village of Krushe e Vogel. However, the juggling of responsibilities for recording evidence between the UN Mission in Kosovo, EULEX and Kosovo authorities has hindered the proper documentation of eye-witness testimony, he said.

“After 21 years, 18 eye-witnesses have passed away,” Limani says. “A considerable amount of testimony has been lost forever, and it is for this reason that we continue to express our dissatisfaction.”

According to Limani, 56 Serbs responsible for the massacre in Krushe e Vogel  have been identified by name through eye witnesses. He hopes that delegations continuing to work on the issue of missing persons will prioritise finding these individuals in order to shed light on the fate of the 68 people still missing from his village.

Jeta ne Kosove invited Veljko Odalovic, head of Belgrade Delegation in the Working Group on Missing Persons to participate in the debate. Odalovic was one of the founding members of Slobodan Milosevic’s Socialist Party of Serbia and held high ranking positions in Kosovo as part of the Milosevic regime in the 1990s, which expelled Albanians from public schools and fired Albanian civil servants on the basis of their ethnicity.

His last job in Kosovo was as the Head of the District of Prishtina for the Republic of Serbia in 1998 and 1999, during which time the majority of people who went missing disappeared. In 2004, he was appointed to lead the Serbian subcommittee for the inquiry into the kidnapped, killed and missing persons from the war in Kosovo.

According to Odalovic, the more than 50 meetings of the Working Group have helped locate 1,600 missing persons. He tells BIRN that the Serbian Government has passed on more than 2,500 documents to the Working Group since 2004 to assist in the identification of mass grave sites in Serbia. 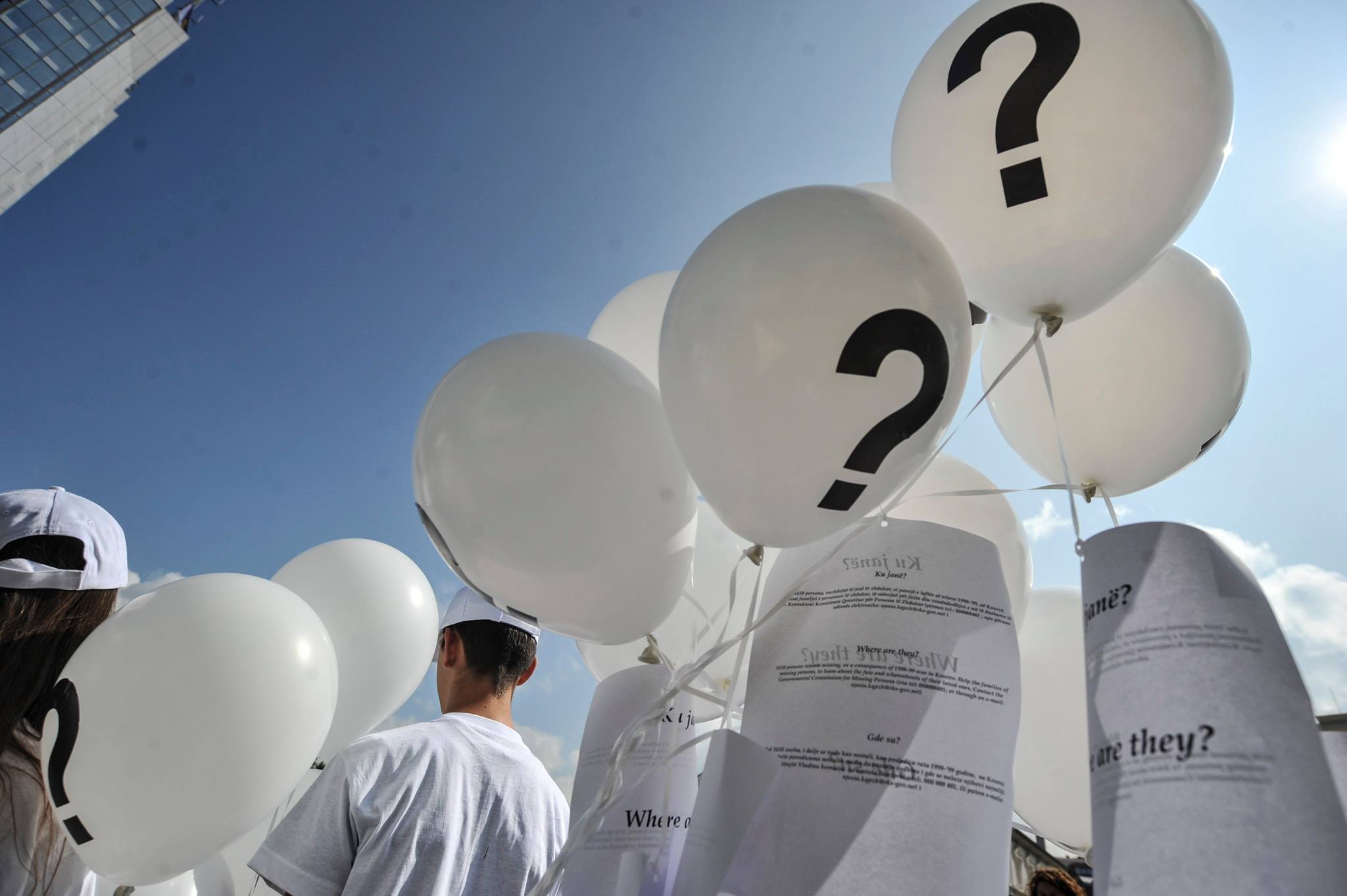 “In my activities, I have taken it as a personal responsibility to do everything I can to find missing persons,” says Odalovic. “Until the last missing person is found I don’t think we’ve finished our job, but the efforts we’ve made have brought results. The mechanism of the working groups is the only one that has continuity and has been working uninterrupted for 17 years.”

Odalovic praised the efforts of the ICRC in helping both delegations to overcome political challenges, which has led to concrete results. “In Serbia, we have been faced with relocated grave sites, in Batajnica and later in Rudnica, where bodies of Kosovo Albanians have been found, identified and returned to family members in Kosovo,” he says. “It was a very difficult process to identify that graves were relocated, and it was a very difficult thing to acknowledge.”

When pushed for answers on efforts made to locate Ukshin Hoti, Odalovic noted that Hoti’s was one of the most famous unsolved missing persons cases that he has dealt with.

“Since the very beginning of my work with Kosovo representatives, the case of Ukshin Hoti is mentioned at almost every meeting of the working group,” he says. “I have spoken to the director of the prison at Dubrava, and many other people involved in running the prison, and all we have found is an official court decision approving his release. It has been confirmed to me that he was released, but after that, there is no trace of him.”

Odalovic regrets that he and his team have been unable to identify and locate Hoti, he says. “I have zero tolerance towards war crimes and crime in general, I justify no crimes.”

Odalovic was pressed on his role in events that occurred during his time as the Head of Prishtina District for the Serbian State in the 1990s. His time in the role coincided with the massacre at Makovc in April ‘99, where 115 civilians were killed, and the expulsion of the Albanological Institute from the premises of the University of Prishtina.

“I was working in civilian structures in Kosovo, not military ones,” he explains. “I did not make any decisions that resulted in Albanians being expelled from their homes, schools and universities. This is what makes it possible for me to speak publicly on this issue, because I know exactly what my responsibilities were at the time.”

According to Odalovic, he was not responsible for the various massacres that occurred in the Municipality of Prishtina during his time in office, nor was he privy to information related to law enforcement, security or military action in the area.

When asked about his responsibility related to the ethnic cleansing of Kosovo Albanians, Odalovic responded that he believes it is the job of those responsible, which does not include him, to apologise. He also expresses regret for the inability for Kosovo and Serbia to work together towards reconciliation following the war.

“I am sorry for the victims, for the losses, for losing many precious years in which we could have repaired things between Serbs and Albanians,” he says. “Instead we have split away from one another.”

Both Makolli and Odalovic agree that their continued cooperation in the identification of missing persons can still bring about positive results. “Today, we are in the situation that only the most complex cases are still to be solved,” says Makolli. “In the past, one action would result in the identification of dozens of missing people, but now, dozens of actions are required for us to uncover one piece of evidence.”

Odalovic agreed, adding that the Kosovo and Serbia delegations are now focusing on forming joint investigative teams to carry out searches in various locations in both countries following evidence uncovered during their discussions. However, this is becoming more and more difficult for both parties, said Odalovic, without testimony from those responsible for the disappearances.

“The perpetrators are always the last to explain what happened to the bodies,” says Odalovic. “This is a difficulty that both Belgrade and Prishtina are faced with. All Makolli and I can do now is continue to share information with the prosecution, with Prishtina and with the Red Cross.”