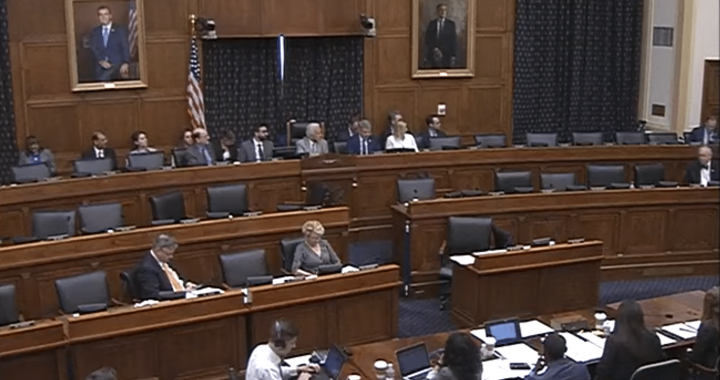 The House Foreign Affairs Committee again passed a resolution urging Serbia to bring to justice the killers of the Albanian-American Bytyqi brothers, murdered in 1999 after being detained by Serbian police.

The US Congress’s House Foreign Affairs Committee on Wednesday re-passed a resolution aimed at putting pressure on the Serbian authorities to solve the murders of Ylli, Agron, and Mehmet Bytyqi, US citizens of Albanian origin who were killed after the Kosovo war in July 1999.

“It is reprehensible that no individual has ever been found guilty of executing the Bytyqi brothers or of any other crimes associated with their deaths and that no individual is facing charges for these crimes,” the resolution says.

“The government of Serbia and its relevant ministries and offices, including the Serbian War Crimes Prosecutor’s Office, should make it a priority to investigate and prosecute officials believed to be responsible for those deaths,” it adds.

It also says that progress in resolving the case should “remain a significant factor determining the further development of US-Serbian relations”.

The same resolution was adopted by the committee a year ago, but had to be reintroduced after a new Congress session began at the start of 2019.

Ylli, Agron, and Mehmet Bytyqi went to fight for the Kosovo Liberation Army against Belgrade’s forces but were arrested by Serbian police after the war ended when they strayed over an unmarked boundary line between Serbia and Kosovo.

After serving their sentences for illegal border crossing, they were re-arrested as they were leaving the district prison in the town of Prokuplje in southern Serbia, taken to a police training center in Petrovo Selo, and detained in a warehouse there.

They were then driven to a garbage disposal pit, where they were executed with shots to the back of the neck on July 9, 1999.

The Bytyqi family believe that Goran Radosavljevic ‘Guri’, the former commander of a special police unit and of the Petrovo Selo training center, is the main suspect in the case.

The US State Department imposed travel restrictions on Radosavljevic in December 2018 over his alleged role in human rights violations during the Kosovo war.

Radosavljevic maintains that he was on vacation at the time of the killings and denies any wrongdoing.

The Bytyqi said in a statement on Wednesday that the passing of the House Foreign Affairs Committee resolution clears the way for its passing by the full Congress.

“Today, the Foreign Affairs Committee made it very clear that the United States will never drop this issue,” Ilir Bytyqi said.

BIRN reported in 2015 that evidence gathered by Serbian investigators, the FBI and the Bytyqi family’s lawyers suggested that the suspected perpetrators have been known to the Belgrade authorities for years.

There was one court case in Serbia related to the Bytyqi brothers’ case – special police unit members Sreten Popovic and Milos Stojanovic were accused of killing them, but were acquitted in January 2013.