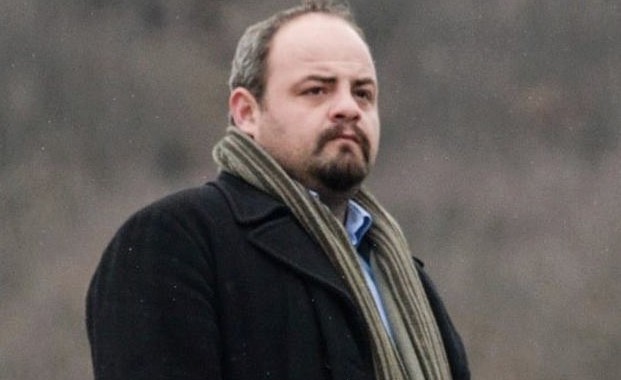 Boiken Abazi, a member of the leadership of opposition party Vetevendosje was involuntarily deported from Kosovo after being arrested by plainclothes policemen. In a statement, Vetevendosje said they believe Abazi’s deportation is related to his party membership and his Albanian citizenship.

Vetevendosje is one of the opposition parties which have been throwing tear gas in the Kosovo Assembly and obstructing its proceedings with other methods. In a news release, the party stated that Abazi was handed a decision for involuntary deportation, accusing him of illegal entry to Kosovo. He refused to sign it, saying the arguments for his deportation were untrue.

“The police decision says that Boiken Abazi exited Kosovo on 3 February 2015 and there is no data that he legally re-entered Kosovo. This is a clear sham. Boiken Abazi legally entered Kosovo on that same day in the company of the member of Parliament presidency, Aida Derguti and Ramadan Deliu, by crossing the regular border check point at the Morina border,” says the press release.

After his arrest Abazi was accompanied by Kosovo police to the neutral zone between Kosovo and Albania. According to the order of forced deportation published by Vetevendosje, Abazi has the right to appeal the decision within eight days.

“He was not even allowed to take his personal belongings, clothes or documents. In other words, Boiken Abazi was treated as a dangerous person, although nowhere in the decision does it say that he is a dangerous individual and should be treated as such.”

Vetevendosje has also complained that Abazi did not have the chance to be sent in front of a judicial body, nor did he have the possibility to complain or appeal the decision. He was also not allowed to meet a lawyer, which according to Vetevendosje arbitrarily violates his basic rights and freedoms as prescribed by intrnational conventions which Kosovo follows.

During his trip to Kosovo-Albania border, Vetevendosje reports, the police told him that they were ‘forced’ to deport him because of orders, even though they personally did not agree.

“Serbian citizens that practice activities in illegal structures in Kosovo are not deported, neither are Balkan mafia members that cooperate with the Kosovo government. But, an Albanian citizen is being deported only because of his political and national activities,” Vetevendosje stated in the press release.

After Abazi’s arrest and deportation, the police arrested another Vetevendosje activist, Dren Kukaj.

According to the party’s press release, Kukaj, who is a lawyer by occupation, was inquiring about Abazi’s arrest when he was detained by local police. He will be held in detention for the next 48 hours.

Police spokesperson Baki Kelani was unavailable to answer questions regarding the matter. 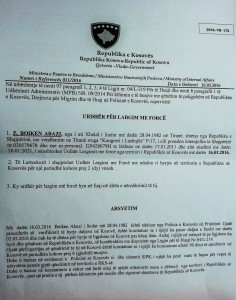 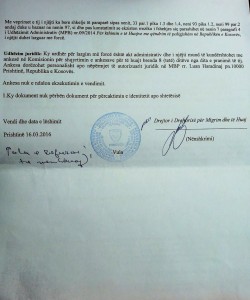