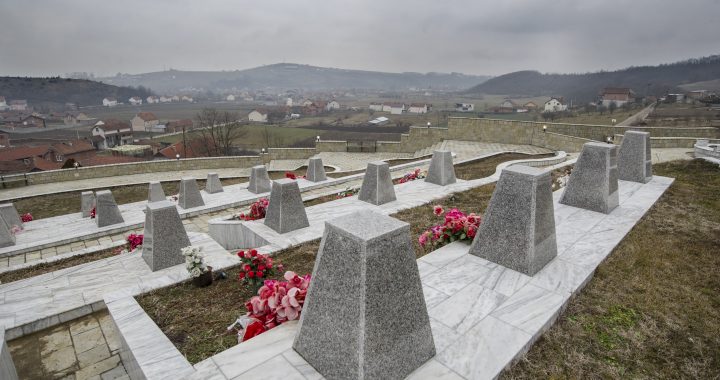 If the dialogue’s aim is to truly build peace between Kosovo and Serbia then it must focus on human rights and transitional justice issues and reject the kind of imposed solutions outlined in recent non-papers.

In September 2010, the UN General Assembly adopted a resolution stating that the process of dialogue between Kosovo and Serbia would be a “factor for peace, security and stability in the region.”

The now decade-long EU-facilitated dialogue, which began six months later in March 2011, has often been framed as the key process for normalising relations between the two states and building a lasting peace.

However, with what has been achieved in Brussels thus far, it is hard to view the dialogue as a genuine attempt at peacebuilding, and the talks have failed to meet the criteria of numerous principles and resolutions outlined by the EU and UN themselves.

The latest iteration of the UN’s peacebuilding resolution, UN Resolution 2558 which was adopted in December 2020, reaffirms that development, peace and security and human rights are interlinked and mutually reinforcing. It adds that sustaining peace should be understood as a process built on a common vision of society, and one that addresses root causes of the conflict and ensures reconciliation.

However, over the last 10 years, the EU-facilitated dialogue has largely failed to adhere to these principles. Any achievements resulting from the talks have largely been technical in nature, and any focus on transitional justice issues has been non-transparent and excluded key groups.

This failure to address contentious issues from the past has enabled Belgrade to continue a policy of denial over the mass human rights atrocities it committed in Kosovo. Findings from the International Criminal Tribunal for the former Yugoslavia, ICTY, which established facts regarding state-level discrimination and ethnic cleansing against Kosovo Albanians remain highly disputed in Serbia.

Victims’ rights have subsequently been trampled on, and while the ICTY established facts, it did not foresee a reparations programme for victims, which would have forced recognition by perpetrators and been an essential tool for combating denial.

Achieving justice for war crimes through the Serbian courts has been scarce, whilst the prosecution of war crimes in Kosovo has been constantly challenged by the absence of legal cooperation with Serbia. Despite the fact that these difficulties were also experienced by EULEX, the EU’s own rule-of-law mission in Kosovo, a solution has never been found through the dialogue.

The issue of missing persons was also neglected for many years, extending the grief of many families still seeking loved ones. A draft agreement to establish a joint commission between Kosovo and Serbia to clarify the fate of the missing was reached in late 2020, but without the consultation of key missing persons groups.

Resolving the issue of missing persons is also not limited to identifying remains. The right to know is entwined with the right to justice, and denial of the latter leads to a sense of impunity which has surrounded many crimes committed during the war in Kosovo.

Meanwhile, throughout the dialogue process, victims of other crimes from this period have come forth, particularly those of sexual violence. A March 2021 report on the findings from the first 345 documented cases of wartime sexual violence show that 22 percent of cases took place inside victims’ houses, and 48 percent of cases inside the houses that victims were finding temporary accomodation.

In Brussels though, the subject of wartime rape and the redress of victims has not been addressed, as the dialogue has frequently been a process that has focused on the technical rather than tackling the transitional justice issues that could be considered genuine peacebuilding.

The failure of the dialogue to be guided by peace-building principles has also led to its failure to meaningfully apply UN resolutions on women and youth inclusion in peace processes. The understanding of both resolutions has been limited to the issue of representation in the Brussels delegations, instead of discussion of the issues most concerning women and young people affected by the conflict.

Women and young people in Kosovo often cite the same priorities for the dialogue. They both highlight the need for justice, particularly for crimes involving sexual violence, and the acknowledgement of these crimes by Serbia through reparations and a public apology.

A survey published in February 2021 showed a high sense of injustice among young people in Kosovo in regard to war crimes, while 67 percent prioritised justice over peace and believe that a public apology is required in order to “normalise relations.”

Non-papers circulating prior to the dialogue restarting between Kosovo’s new government and a delegation led again by Aleksandar Vucic have again focused on top-down solutions – autonomous regions, border changes, new levels of governance.

However, from reading the room in Kosovo it is clear that any attempts to build a sustainable peace with Serbia can not be achieved by policies that omit victims rights and accommodate the politics of impunity and denial.

The dialogue should resume by correcting past mistakes and focusing primarily on outstanding transitional justice issues – as is determined by international peacebuilding principles and the priorities of Kosovo’s society.

Any ‘final agreement’ is doomed to fail unless it contains clear commitments and mechanisms to address human rights issues left over from the Kosovo war that will allow a natural process of reconciliation to follow.

Raba Gjoshi has an MSc in Politics of Conflicts Rights and Justice from SOAS, University of London. Gjoshi is a clinical psychologist. She was a former director of Youth Initiative for Human Rights office in Kosovo and has worked for other local and international organizations.