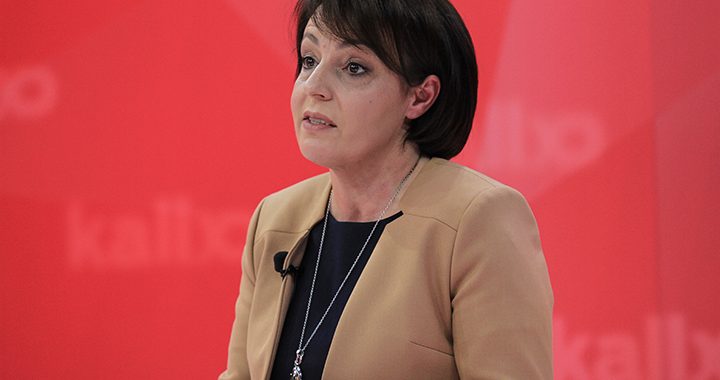 PDK has called on PM Kurti to sack his deputy Donika Gervalla after a heated exchange at the Kosovo Assembly over the establishment of the Special Court.

Abelard Tahiri, the head of PDK’s parliamentary group, has called for the dismissal of Deputy Prime Minister and Minister of Foreign Affairs Donika Gervalla on Thursday, following a fiery exchange in the Kosovo Assembly.

Gervalla has been the subject of criticism in recent days due to comments made in 2016, when she stated that she would submit materials to the Kosovo Specialist Chambers, KSC, which was established in August 2015 to try alleged crimes by members of the Kosovo Liberation Army, KLA.

Past comments by Gervalla describing former PDK leader Kadri Veseli as “the head of an organization that committed crimes” have also been highlighted in what Prime Minister Albin Kurti has described as a “campaign” against his deputy, accusing her of disrespect towards the KLA.

On Thursday, Gervalla denied that she has ever been or is a witness at the Specialist Chambers. Later, appearing at the Assembly session, she accused PDK of being responsible for the establishment of the KSC, often referred to as the Special Court.

“I am addressing the PDK MPs: Corruption is not our invention and not a narrative from Serbia, it is the bitter reality of Kosovo’s citizens,” she said. “Not only did you not fight and not do anything to prosecute post-war crimes, but you were able to avoid prosecution for crimes in Kosovo. In this way, you are the ones who made the Special Court possible.”

Tahiri responded by arguing that the Specialist Chambers were established due to “false facts from Belgrade” and that Gervalla was aligning herself with the Serbian position on the court.

“To say that the Special Court was not formed in Serbia is a shame on the citizens of Kosovo. You are the shame of Kosovo’s diplomacy,” he said.

The PDK MP called on Kurti to dismiss Gervalla over her comments. “If there were a responsible prime minister, you would be sacked today,” Tahiri stated.

At a press conference following the session, which was paused due to tensions between opposition MPs and the government following the dispute over Gervalla’s comments, Tahiri reiterated calls for Gervalla to be dismissed.

“We as PDK can not allow the minister to speak using a narrative built in Belgrade,” he said. “We ask Prime Minister Kurti to dismiss this irresponsible minister as soon as possible.”