When the war on crime is perceived as a nuisance

In Kosovo testifying is considered a marker of shame - while the war on crime can be also read as a nuisance for people who for years have learned to live side by side with crime.

Many years ago an unknown, soft-spoken stranger asked me on the phone if I would be interested to write about crimes other than public tenders. Two weeks earlier, his house had been attacked with a grenade.

Before I met him in person, I asked someone in the upper echelons of the State Prosecutor’s office about his case. The prosecutor, familiar with the story, advised me not to get involved with him because “he is apparently of unsound mind,” indicating the readiness of Kosovar prosecutors to give unwarranted clinical diagnoses.

A few days after Dick Marty’s report was published, I went and spoke to the caller once again. On the inside of the justice system, the man had a code name used as reference in court. But outside, the secrecy of his identity as a witness was becoming questionable.

More than fear, he felt the pain and anxiety for his children. The prosecution had not yet offered sufficient guarantee for his life. He told me about his ten-year-long agony, his attempt to escape, hiding in order to avoid contact by international investigators, murder attempts, bribes, and the pressure from his familial circle to give up.

On a May afternoon in a Mitrovica-region village, a simple hearse, followed by a vehicle of the European Union Rule of Law Mission in Kosovo, EULEX, was coming downhill. The body of a former key witness in one of the most important war crimes cases entered the yard. His circle of family and friends discussed three different versions of the cause of death, making his death sound both natural and mysterious at the same time. No official evidence was provided for any of the scenarios.

The reports that he would be a witness at the Special Court struck the family just as much as his death did. Hearsay in Kosovo is just as dangerous as facts. Apart from my press card, rarely had my ID card been requested and my license plates photographed so frequently as that day.

For this family in Kosovo, the idea of being a witness was still a marker of shame. The definition of shame appears just as unstable as the conventional concepts for honor and glory. Death could have all its options and versions, but should not link back to testifying.

His past then became even more nebulous. An internet search provided two parts of a televised interview he gave. In one part his face was shown, in the other his face was blurred. He wore the same shirt. He complained of being manipulated.

Discussing the interview and the person, an international prosecutor showed me a letter that the team had sent to a media outlet that had played a part in the intimidation of witnesses. The letter revealed the sheer inability of the mission to ensure their witnesses’ protection.

The wide examination of criminological theory in the massive element of social learning continues to be followed by a slow-paced acceptance. The predetermined norms for honor and crime in a place where crime, or at least corruption, remains endemic, radiate a disfigured architecture.

In any case, the cooperation with the justice system is based on double standards and irrational concepts.

On the twenty third anniversary of the murder of Giovanni Falcone, the prosecutor seen as a symbol of the war against the Italian mafia, I was talking to a high prosecutor from Italy in his office in Palermo, the Sicilian capital. He said that the masses can sometimes be annoyed by the war on crime when they are used to coexisting with it. For example, he said, the residents of a building were annoyed by the added presence of policemen that were protecting Falcone.

A few days later, the only person who was officially under witness protection during the UNMIK era in Kosovo told me in a bar in Peja: “We can stay as long as you want and I can pay your room for a week, but don’t you dare write about this.”

Among all the people who testified, he was the only one who survived. There was no sentence in the case he was involved in, and justice did not interest him any longer. Maybe now it would simply annoy him. 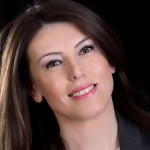