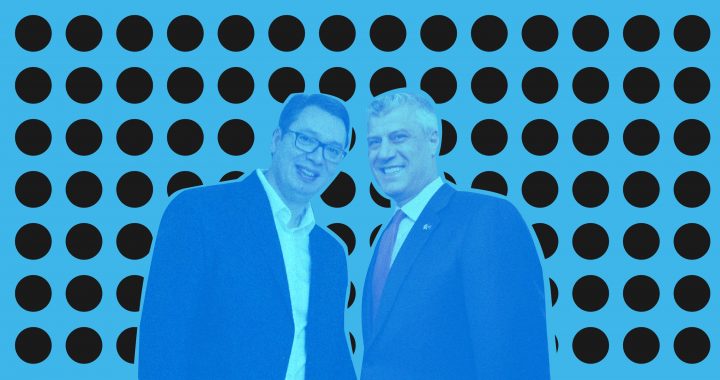 The EU should not push Kosovo towards an uncertain future, but apply the fundamental principle of negotiation between two states, for Kosovo and Serbia to overcome their painful past.

The people of Kosovo deserve to spend at least one season of the year without the usual unrest that is imposed upon them, and instead be left to thrive in an atmosphere of calm and serenity.

Before and after each visit of high Serb officials to Kosovo, a saga guaranteed by the pressure of the international community operating there, the nation is being kept in anxiety by all the anticipation and the disruption caused.

Any semblance of calm has been disrupted by this latest dispute about the visit of Serbian President Aleksandar Vucic to Kosovo, a dispute erupting with pitiful regularity, several times a year.

Vucic purports to be interested in advancing relations with Kosovo, and hence the EU. If this is the case, he should act in a responsible manner, seeking to reduce tensions and avoid distraction from the central issues. Always persistent  with his appearances in Kosovo, despite being advised otherwise, this only proves that his actions are typical of a Serb politician of the ‘90s — bringing with him his propagandist intentions to inflame the public and hinder the dialogue.

In the face of this latest dispute, there were indications that the government had been pressed by the EU and the international community present in Kosovo to allow the visit. If this is the case, it appears that the EU proceeds once again with its own agenda, ignoring the sensitivities and interests of the people of Kosovo.

The EU and other internationals in Kosovo are aware that Kosovo politicians may not freely travel to Serbia. Kosovo’s participation in international and diplomatic events was also, too often, hindered by Serbia.

As it stands, the EU and other international representatives are either putting pressure only on Kosovo, or their pressure on Serbia in relation to the normalization of relations with Kosovo has so far been ineffective.

They should note, however, that both Serb and Albanian communities are in a state of exhaustion from lack of economic development, with employment and educational opportunities at a minimum, paired with the lack of healthcare in place. Serious steps need to be taken to improve this situation, indeed  the current actions are not a way to promote peaceful co-existence and reconciliation.

The President of Kosovo, Hashim Thaci, also bears responsibility for this lack of focus. He has regaled the nation and the international community with a whole series of unilateral and unexplained maneuvers. Over the past weeks, he has added to a persisting debate about rectification of the border between Kosovo and Serbia in order to pave the way for normalization between the two  countries.

His plans and his discussions with Vucic are entirely lacking in transparency.

Kosovo has been gripped by a discussion about territorial exchange without any sense of what is actually being discussed with Serbia. Rumours range from a trade of Northern Mitrovica for Presevo to far more modest, technical corrections of the border line.

This has left the affected local communities in a state of high anxiety. Will they be exchanged? Or will they suddenly find themselves in a foreign country? This lack of transparency and honesty in dealing with the populations on both sides is unacceptable in modern democracies.

A president is not an executive with an open mandate to negotiate away (or not) parts of the state territory or population, and especially not in secret, therefore preventing reasoned debate.

Thus, how could anyone be surprised by the tensions which led the people to block the roads in Kosovo during Vucic’s visit, while all important steps towards building a lasting peace in Kosovo are being avoided?

Peace and reconciliation in a post-conflict society is a long and painful process, but it can be achieved once trust is built and forgiveness takes place. This is only possible if acts of violence are acknowledged by the side of the perpetrator. This time President Vucic attempted to pass by a number of villages in the region of Drenica, where the Serb military murdered hundreds of civilians, mainly young men, women and children, including a shocking number of pregnant women and newborns.

The memory of the people of Kosovo has not vanished, and more importantly, it has not been met with remorse by any Serb leader to this day.

The EU shares some of the blame for the present predicament. As the presence of Vucic indicates, Kosovo is pressed yet again into tactical concessions in the interest of the “normalization” dialogue. However, Kosovo has already undergone the Ahtisaari process and made painful concessions in the belief that these would buy its entry into the international community. Now, Serbia is aiming for a second helping and the EU is pressing for results, whatever the further sacrifices demanded of Kosovo.

Kosovo must be allowed to shape a competent negotiation delegation that pursues its interests, and lay down the core principles of its position from which no deviation can be permitted.

The EU and other international partners present in Kosovo must take into account the current popular discontent. There is a real risk that the long term investment into normalization of Serb-Kosovo relations will fall through.

Moreover, as the confused discussion about correcting the border has revealed, Kosovo itself needs to ensure that this process is carried by public consensus and sufficient transparency to command such a democratic consensus.

Last but not least, the EU should take into account that the people of Kosovo have placed high hopes in the European Union, counting on its golden rule, that respect and deference are fundamental for successful international diplomacy.

Nora Weller is a legal adviser on foreign policy and cultural heritage protection, she operates from the University of Cambridge, UK. The views expressed in this article are private.