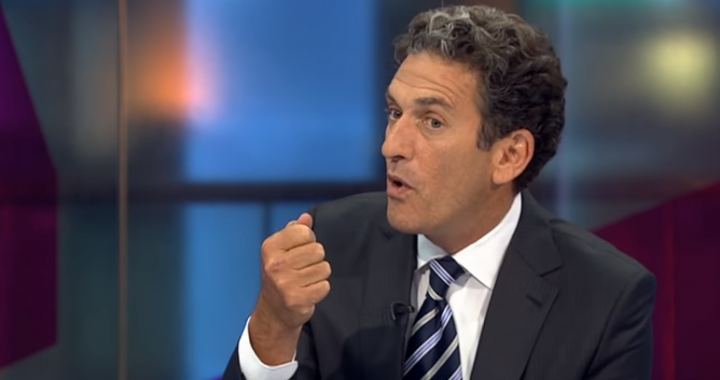 Former US Assistant Secretary of State James Rubin believes a deal on border changes between Kosovo and Serbia will not ensure Kosovo’s UN membership.

In an interview with BIRN, commenting on Russia and Serbia’s role in Kosovo’s future in the United Nations, Rubin said that Russia has become stronger since the time he was involved in US diplomacy between 1997 and 2000.

Even in the wake of an agreement between the Presidents of Kosovo and Serbia concerning border corrections, recognition of Kosovo, and membership in international organizations, the former US diplomat warns that these agreements will do nothing to guarantee Russian support for UN accession.

A deputy to former US Secretary of State Madeleine Albright, Rubin was active during Bill Clinton’s second term as president in the late ‘90s, and was spokesperson for the US State Department during the Kosovo war, becoming well-known by Kosovo Albanians at the time.

Almost two decades later, Rubin thinks that the war in Kosovo “ended pretty well compared to other wars,” considering that a peace agreement made in June 1999 enabled the return of Kosovo Albanian refugees to their homes.

“[A] million plus people came back in matters of weeks. Incredible. Kosovo was prevented from being slaughtered,” he said.

For his role during Kosovo war that brought about Kosovo’s liberation, in 2013 Rubin was awarded the Presidential Medal of Special Merits by former Kosovo president Atifete Jahjaga.

Approaching the twentieth anniversary of Kosovo’s liberation, President of Kosovo Hashim Thaci proposed a “correction of borders” between Kosovo and Serbia, while also requesting recognition of Kosovo by Serbia and membership of Kosovo in the UN.

To Rubin, UN membership has very little probability of of happening because of Russia’s opposition in the Security Council and its veto power, allowing Russia to reject any application of a country to become a member of the organization as one of the five permanent members along with the US, the United Kingdom, China and France.

“The best Russians we had were in 1999. Every year they have gotten worse. The Russians don’t want Kosovo to be independent because they think it looks bad for them: good for America and bad for them,” he said. “The only reason they care is because they want to mess with America, they have no national interest in it whatsoever.”

According to Rubin, one thing is sure: the idea of promoting changing borders is convenient only for President of Russia Vladimir Putin, a tactic which was applied by him in the annexation of Crimea from Ukraine in 2014.

“Now I have to be an idealist and a pragmatist, and I have to choose between the ideal that ‘borders cannot change, borders in Europe are defined and we are not letting politics, war and threats change borders, never again!’ In the meantime, Putin is doing this every day in Ukraine, in Crimea, every day he is destroying this principle with the war. Every day. That is what Putin has done, destroyed the principle that we fought for,” he said.

“I would never trust the Russians. Ever. The only way I would ever do this, and I am not saying that I ever would, is if I had all guarantees that Russia would recognize the Kosovo declaration of independence.  I would certainly not do it on speculation,” he said.

According to him, Serbia is trying to reach a solution on Kosovo because it has been backed into a corner.

“Now we have the Serbian leadership who think: ‘I am stuck! There is no way I can ever fix my country as long as this thing is here [the Kosovo issue],’ so they have come up with some plan that on the surface looks logical,” he said.