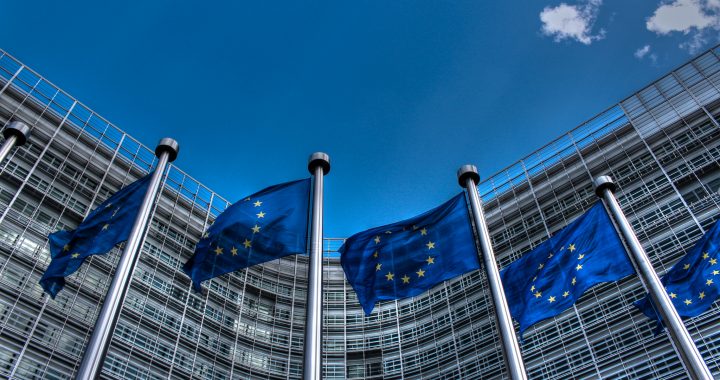 The European Parliament voted today to initiate interinstitutional negotiations with other EU bodies that would waive visa requirements for Kosovo citizens to enter the Schengen Zone.

With 420 in favor, 186 against, and 22 abstentions, a European Parliament plenary session on Thursday voted to confirm the decision to enter into interinstitutional negotiations for Kosovo’s visa-free regime.

The decision to cast the vote on Thursday, which was originally scheduled to be held in October, was announced on Monday, following support for the decision to move up the vote on the agenda from a number of European parliamentary committees.

In its explanatory statement for the legislative resolution proposal in favor of Kosovo’s visa-free regime, the Civil Liberties, Justice and Home Affairs Committee of the European Parliament, LIBE, stated that Rapporteur for Kosovo’s visa issue, Tanja Fajon, believed that this step would ensure that Kosovo does not lose hope or aspiration for its EU accession process.

“The European Parliament has been a strong advocate and supporter of Kosovo and its European perspective including with the visa liberalisation process and has continuously called both on the Kosovar authorities to cooperate and fulfil required benchmarks, and on the Commission to help facilitate and accelerate the process,” the statement reads.

On August 30, the LIBE Committee voted in favor of backing the proposal for the EU Council, the Parliament and the Commission to enter into negotiations on the visa waiver issue.

The decision would amend the regulation that lists the third countries whose nationals require visas to travel within Schengen area. Following the approval of interinstitutional negotiations, the next step in the visa liberalization process is in the hands of the EU Council, who must reach consensus on their negotiation position, and only then will negotiations to reach an agreement on an acceptable package for visa liberalization take place.

Visa-free regimes were approved for Montenegro, Macedonia and Serbia in 2009, and Albania and Bosnia and Herzegovina in 2010, leaving Kosovo as the only remaining country in the Western Balkans that requires visa application procedures to enter into the Schengen Zone.

The EU set out Kosovo’s roadmap to visa liberalization in June 2012. Since then, Kosovo managed to meet all 95 original benchmarks required prior to a visa-free regime being approved, despite the proposal being benched by LIBE in 2016.

The European Commission approved the proposal on Kosovo’s visa waiver to go ahead in July, following the statement of commissioner for migration, home affairs and citizenship, Dimitris Avramopoulos, who confirmed that Kosovo had done its part following the success of the demarcation agreement with Montenegro, and efforts fighting organized crime and corruption in the country, which were the last two remaining criteria for Kosovo to fulfill.

The European Commission presented four annual reports since 2012 detailing Kosovo’s progress on their roadmap. The final progress report, published in May 2016, presented the legislative proposal for visa liberalisation.

Fajon celebrated the progress made towards visa liberalization.

Kosovo citizens one step closer to visa-free travel for #Europe. Happy to have received green light from @Europarl_EN with a big majority for negotiations with @EUCouncil on VL for #Kosovo! Fight continues with #EU governments, I shall not stop until we deliver! @TheProgressives