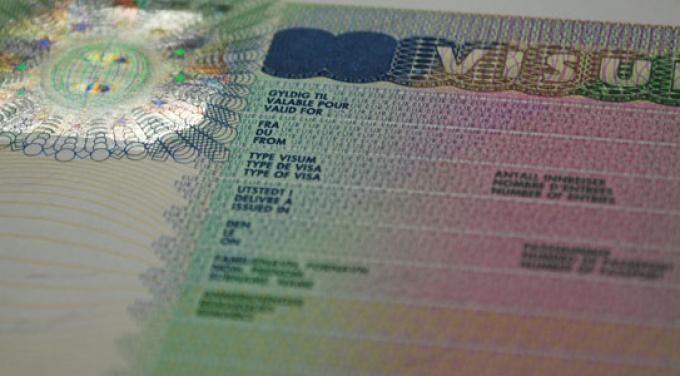 If the European Commission affirms its proposal to give Kosovo visa liberalization soon, the decision will still have to go through the Parliament and the Council of Ministers and it is unclear how long this could take.

An article published last week by the Balkans Policy Research Group, BPRG, a Prishtina-based think tank, sets out a comprehensive outline of the next steps of the visa liberalization process for Kosovo.

The paper also provides a definitive list of the remaining decision-making processes within EU institutions that are requisite for the country to get a visa-free regime.

In May 2016, the European Commission approved the fourth report on Kosovo’s progress towards visa liberalization, where it gave a positive recommendation and specified the two final requirements for visa-free access to the Schengen area: the ratification of the border demarcation deal with Montenegro, and the “strengthening of its track record in the fight against organised crime and corruption.”

While the border deal was ratified in March 2018, the second criterion related to corruption will entail a final assessment by EU bureaucrats and politicians, according to the BPRG. According to the paper, however, Kosovo has made some progress in the fight against corruption with improvements seen in domestic courts trying corruption and organized crime cases, and the parliament having passed a number of laws important to the process.

“The process is complex. There is no clear date of when the whole process could end; a lot will depend on political circumstances within the EU and member states,” the think tank argued.

Local judicial institutions have targeted 43 corruption and organized crime cases for the last requirement, but only nine have reached the point of a final verdict, with others still being tried in various courts around Kosovo. Although it is not specified whether these cases have to be finalized to fulfill the criterion, an EU expert mission visited Kosovo in May  and compiled a report outlining their assessment of the progress made.

Ever since the ratification of the border deal with Montenegro, the Kosovo government has suggested that a positive recommendation from the EU Commission would arrive by June of this year based on the expert mission’s report.

On Thursday, the Minister of European Integration Dhurata Hoxha affirmed once again that the Commission would issue the recommendation in the next few weeks, followed by an approval.

“If these steps go this way, the dialogue will begin in September. It was not mentioned that the recommendation may be postponed because of parliamentary elections, everyone is interested for this process to end before the elections,” she said.

But even if the EC gives a positive recommendation for the visa liberalization, the decision still has to go through the European Parliament and the Council of Ministers.

According to the BPRG, nine more steps remain before Kosovar citizens can travel visa-free to the Schengen countries. After the Commission resumes the proposal shelved since 2016, it will be communicated to the Parliament and the Council. The Parliament will review the proposal and assign a rapporteur to prepare a report, which will be then examined by the Committee on Civil Liberties and Justice and Home Affairs, LIBE. The Council will discuss the proposal in its internal working parties, and choose whether to pass the proposal to the Committee of the Permanent Representatives, COREPER.

The LIBE will vote on the report of the rapporteur, and choose whether to approve the proposal for visa-free travel. Then, it will vote to approve inter-institutional negotiations, while the COREPER adapts the position of the negotiations by a qualified majority.

During the negotiations, the institutions will try to reach an agreement on a package that is acceptable for both the Council and the Parliament.

Then, the Parliament will vote to change Kosovo’s status to a country that is exempt of the visa requirement. The Council will then vote on the Parliament’s decision, and if a qualified majority is reached, the act will be signed by President and Secretary General of the Parliament, and the President of the Council.

“It is impossible to predict the length of the process; potentially it could conclude by the end of the year if the decision-making in the Council goes smoothly. In the case of Moldova, the process took five months, for Georgia twelve months and for Ukraine, thirteen months,” the report says.

In spite of that, European Integration Minister Hoxha said that the government is optimistic that visa liberalization in Kosovo will happen by the end of the year.