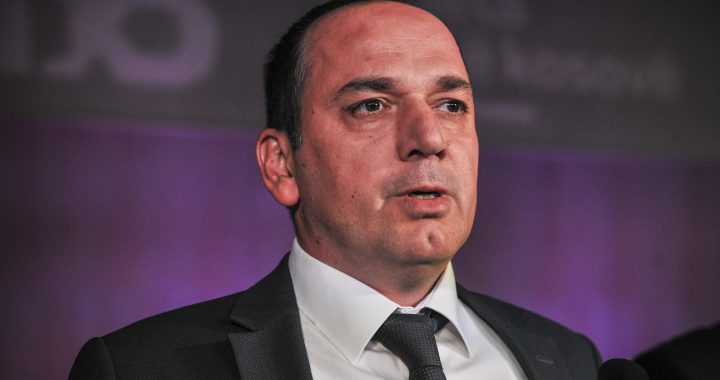 Prizren Mayor Mytaher Haskuka was turned away at the border with Serbia while travelling to Croatia for an official trip.

Mayor of Prizren, Mytaher Haskuka, was denied entry into Serbia while he was on his way to an official trip in Croatia on Thursday. Haskuka, who was only travelling through Serbia, said that he decided to reach Croatia via Serbia by recommendation of the Croatian Embassy in Kosovo.

“I have not passed through Serbia in 20 years… when we arrived at the border, Serbian police asked us to park the vehicle and wait. After having us wait for one hour, one of the policemen came close and asked me to accompany him to the office. There, they told me that I am prohibited from entering Serbia,” Haskuka said.

Haskuka also said that border police threatened to detain and cuff him before telling him to turn back.

“When I asked why, [the policeman] said that he cannot tell me. He told me that I have to turn back immediately and feel lucky because it could have been worse for me,” he said.

Reflecting on the event, Haskuka, a Vetevendosje party member, said that he is unconvinced with the normalization process between Kosovo and Serbia.

“In the past 20 years, thanks to our corrupt leaders and talks in Brussels, we have normalized Serb fascism against Kosovo. They discriminate you and turn you back at the border without a reason, while we allow them to have demonstrations with fascist symbols of people who have committed massacres in Kosovo,” said Haskuka, referring to Vidovdan celebrations at Gazimestan, marking the anniversary of the Battle of Kosovo every year on June 28.

“Serbian racism and fascism against Kosovo has not only been normalized in Serbia, but also in international institutions, which is confirmed by FIFA’s decision on the eagle symbol,” Haskuka continued, drawing connections between his own ban from Serbia and the 25,000 Swiss Franc fine Swiss players have to pay over making an eagle-hand gesture.

Haskuka’s obstruction comes after months of heightened tensions between Kosovo and Serbia, since the arrest and deportation of the Serbian head of the Kosovo office Marko Djuric after an illegal entry into Kosovo in late March.

Since then, multiple Kosovar athletes and artists have been denied entry into Serbia.

In May, Serbia did not allow entry to the Kosovo karate team, which was supposed to attend the European karate championship in Novi Sad.

In late May, a number of photographs and an exhibition catalog from Kosovo artist Eliza Hoxha displaying the Kosovar and Albanian flags, as well as symbols of the Kosovo Liberation Army, were barred entry into Serbia, where they were supposed to be shown at an exhibition.

As recently as last week, Kosovo writer and critic Shkelzen Maliqi, was also denied entry into Serbia while travelling to attend a book launch in Belgrade. The border police did not offer an explanation.

Meanwhile, Kosovo authorities also refused a request of the Serbian Defense Minister Aleksandar Vulin who was supposed to visit Kosovo on Thursday for the Vidovdan celebrations.