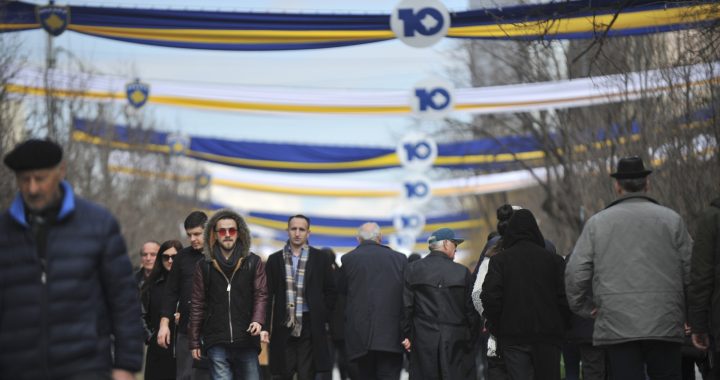 Most Kosovars expect Serbia to recognize Kosovo after final dialogue

Most Kosovars expect the final phase of the dialogue with Serbia to end with recognition, while fewer think there will be land swaps or partition, according to new poll.

Kosovars expect the final phase of the Brussels-mediated dialogue to lead to the recognition of Kosovo’s independence from Serbia, a new survey published on Wednesday finds.

The poll published by the Kosovo Democratic Institute, KDI, surveyed over a thousand Kosovar citizens on the final stage of the Kosovo-Serbia dialogue, which the two Presidents of Kosovo and Serbia began on June 23 in Brussels.

Although no framework for the dialogue has been published, both Kosovo President Hashim Thaci and Serbian President Aleksandar Vucic have hinted that the talks would lead to a legally binding international agreement.

The survey published by KDI, a local think-tank, included respondents’ attitudes towards the final phase of the dialogue, potential snap elections and political preferences.

Violeta Haxholli from KDI said that regarding the question as to what Kosovo citizens expect from the final decision as part of the Kosovo-Serbia dialogue, 61 per cent said they expect Serbia to recognize Kosovo, 56 per cent expect Kosovo to join the UN, 22 per cent expect an exchange of territories between the two countries and 25 per cent said they expect more autonomy for Kosovo Serbs.

“97 per cent of surveyed citizens said they would accept the results of the final phase talks if it meant that Serbia would recognize Kosovo as a state,’ said Haxholli.

But not all agree – 91 per cent of Kosovo Serb respondents said they would not accept Serbia’s recognition of Kosovo.

Only 38.6 per cent of respondents believe that the final phase of the dialogue would lead to the establishment of the Association of the Serb-majority municipalities according to Kosovo laws, in contrast to over 60 per cent who believe it will not.

In response to the question whether citizens believed that the final agreement between Kosovo and Serbia would remove definitively Serbia’s influence within Kosovo, KDI researcher Jeta Krasniqi explained that most of the respondents – 48 per cent –  did not believe that this would happen with the final agreements.