Zoos and restaurants in Kosovo housing wolves, lions, ostriches and monkeys are part of a growing trend in wild and exotic animals being illegally trapped, imported and held captive in poor conditions.

On the outskirts of the city of Gjakova lives a wolf named Trump. But rather than stalking between the trees in the countryside as one might expect of a wild animal, Trump is living in a cage, surrounded by wire and sleeping on a concrete floor.

Trump and his pack – three other wolves and six new-born pups – were trapped and domesticated by Hysni Rexhaj, the proprietor of the ‘Mbreti Gjakova Ujku Trump’ (King Gjakova Trump Wolf) private zoo.

If you visit the zoo, you can see Trump do tricks. He obeys verbal commands from Rexhaj to the letter, jumping from side to side on command without hesitation. “He only listens to me, no one else,” Rexhaj tells visitors.

Visitors can pay one euro each to come and see Trump in his cage, alongside another 200 animals, including ostriches, deer, parrots, eagles, rabbits, cats, peacocks, snakes and a fox. 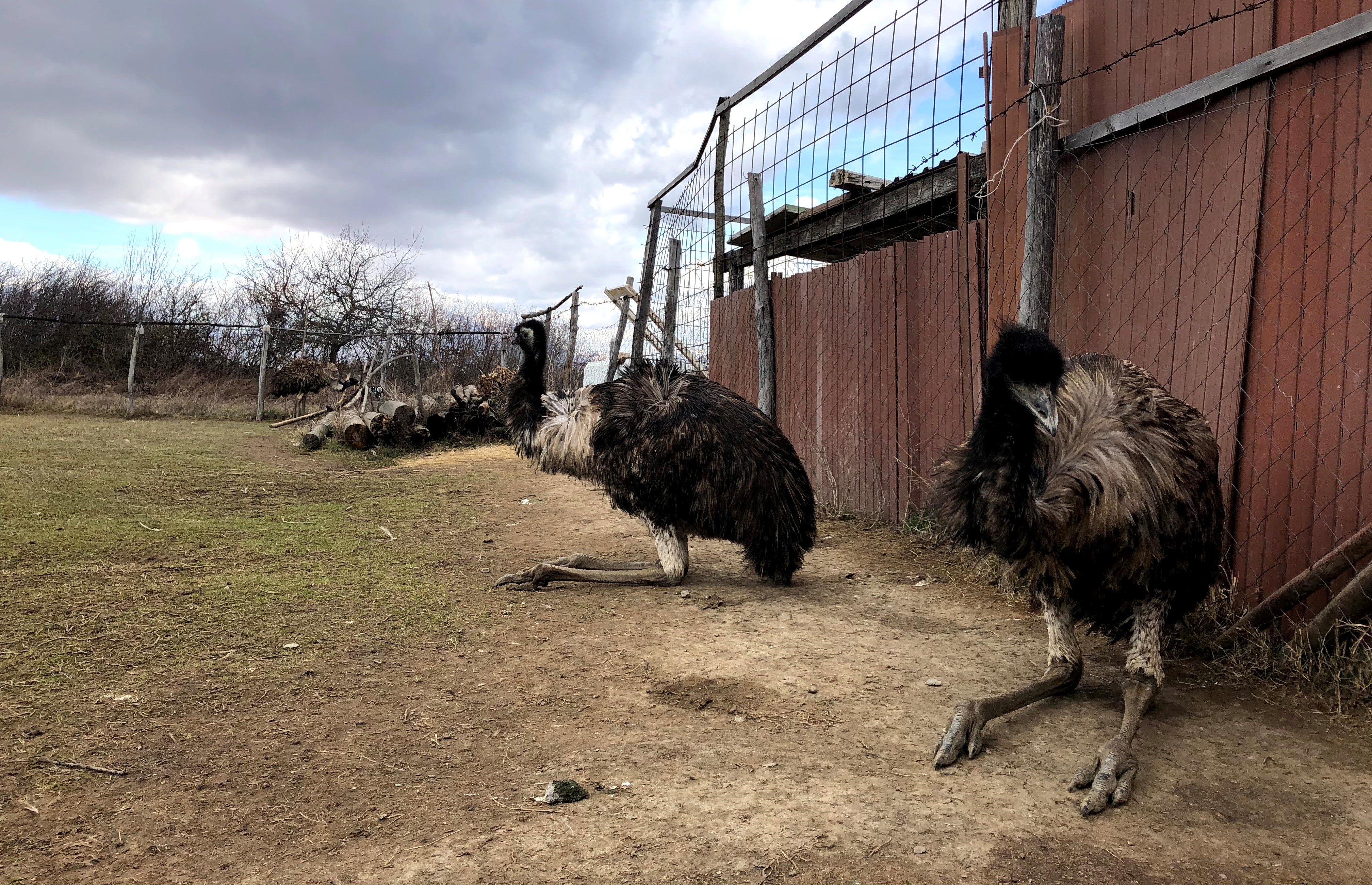 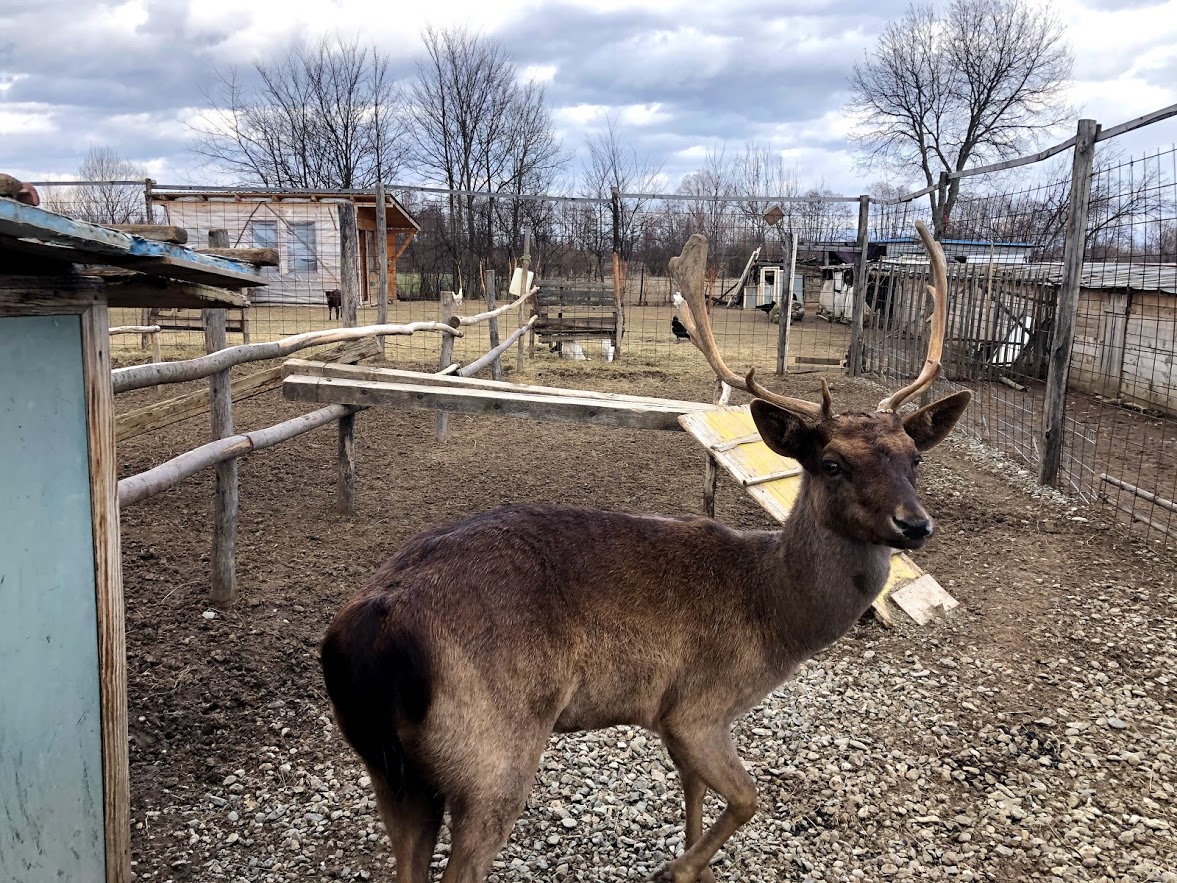 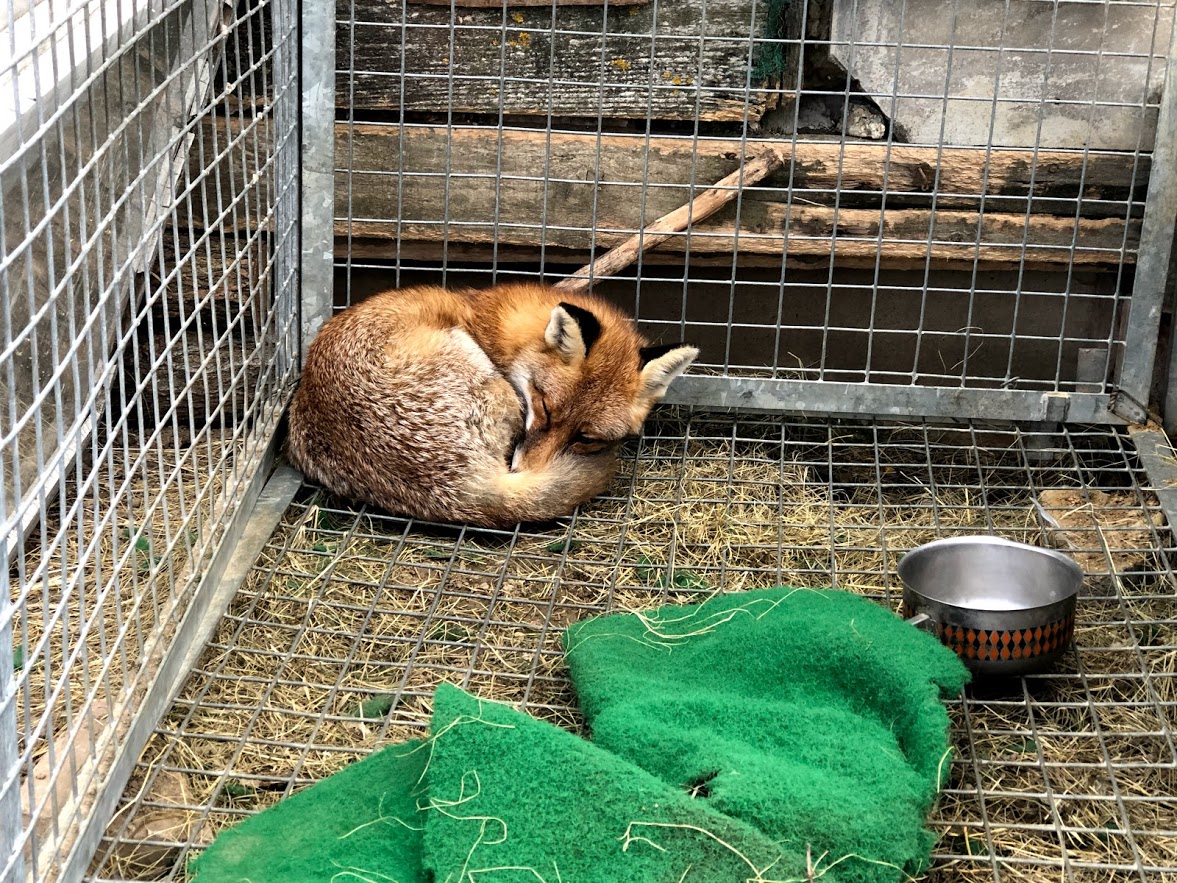 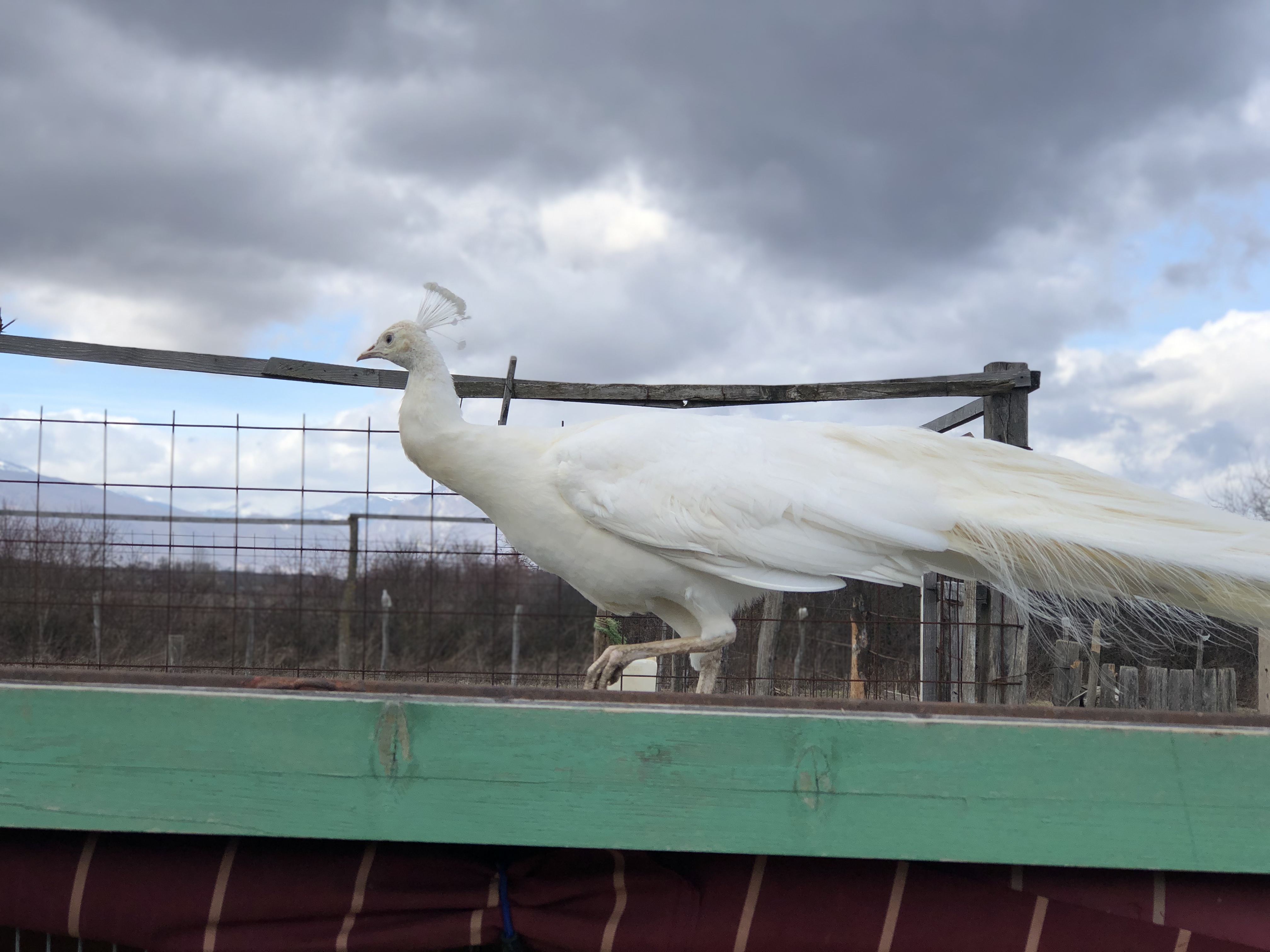 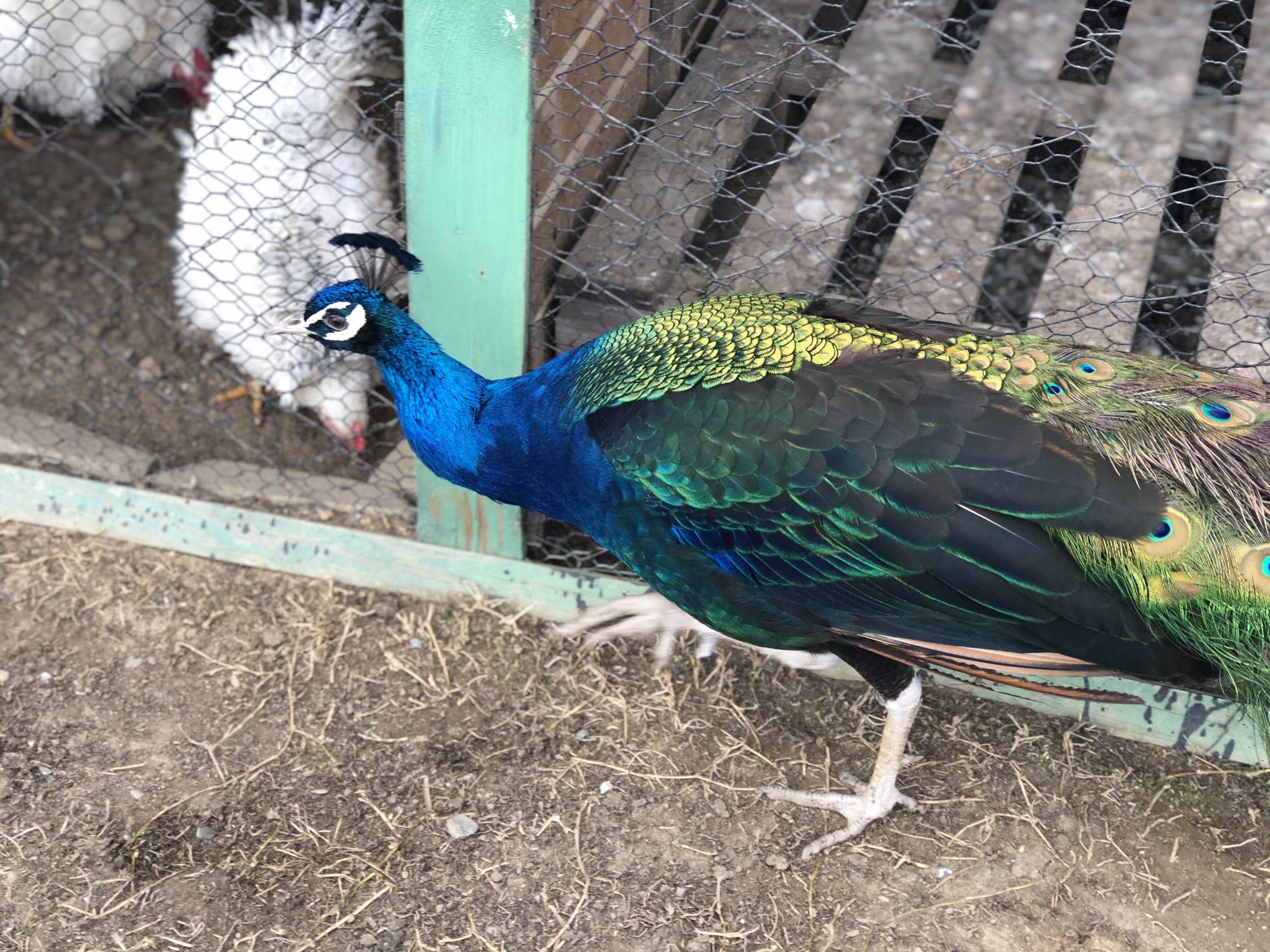 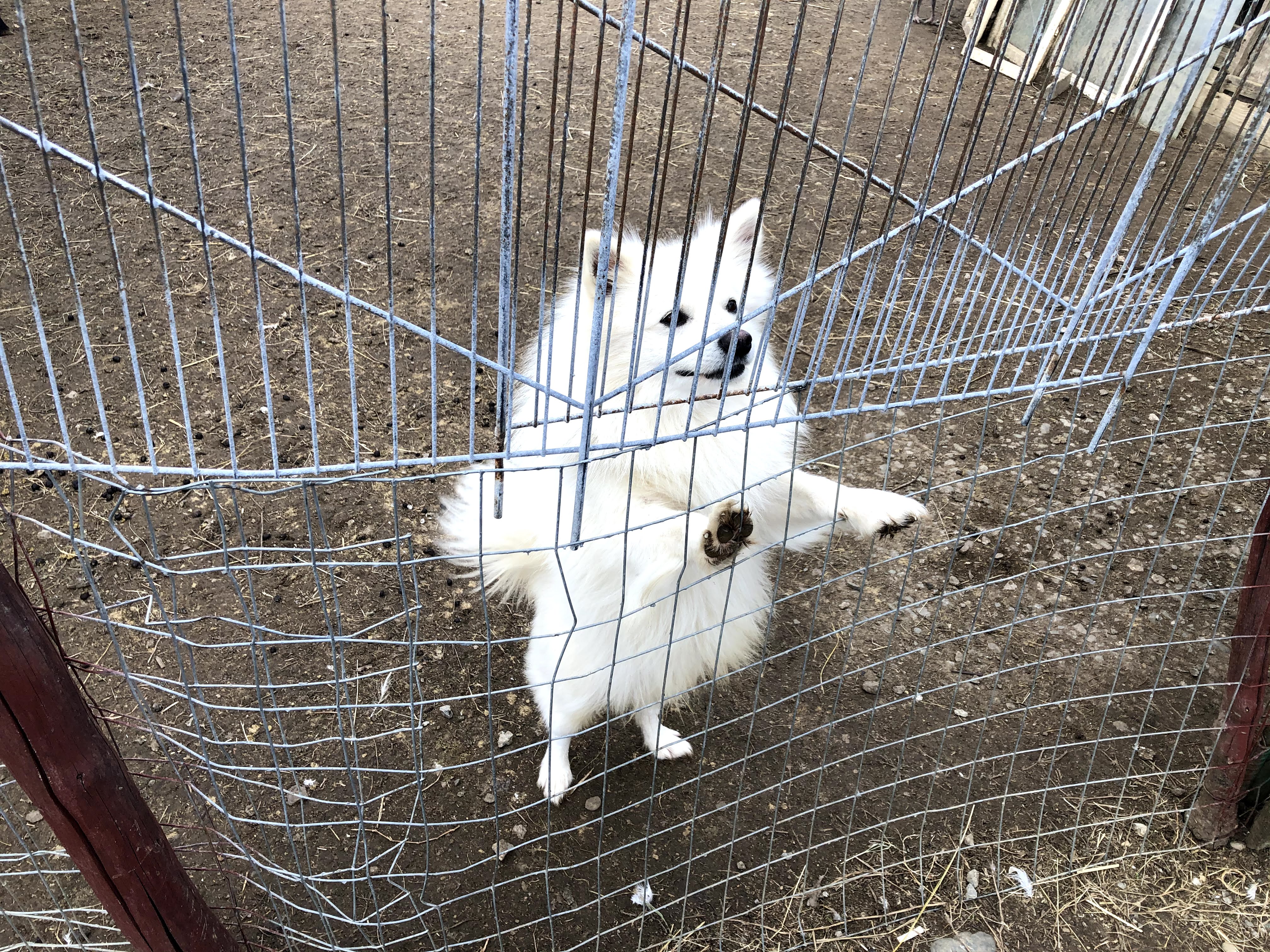 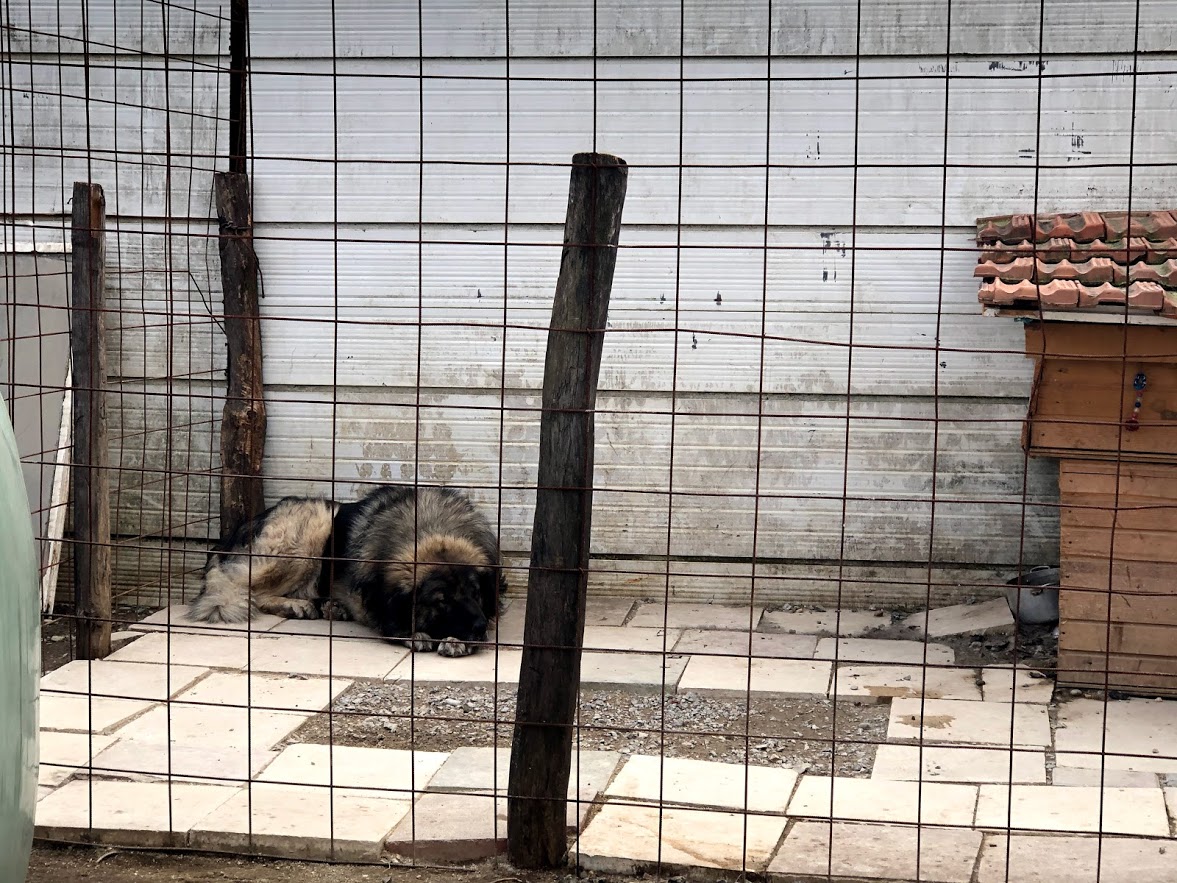 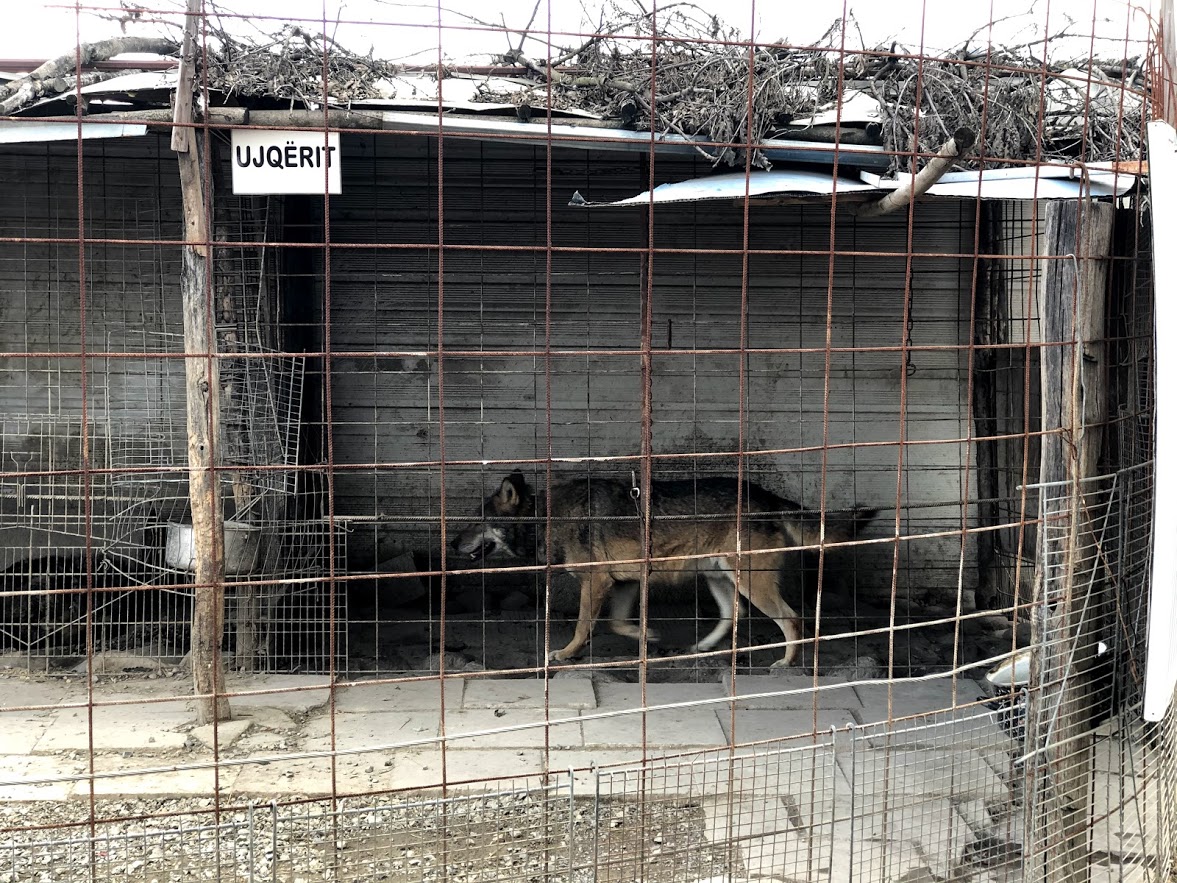 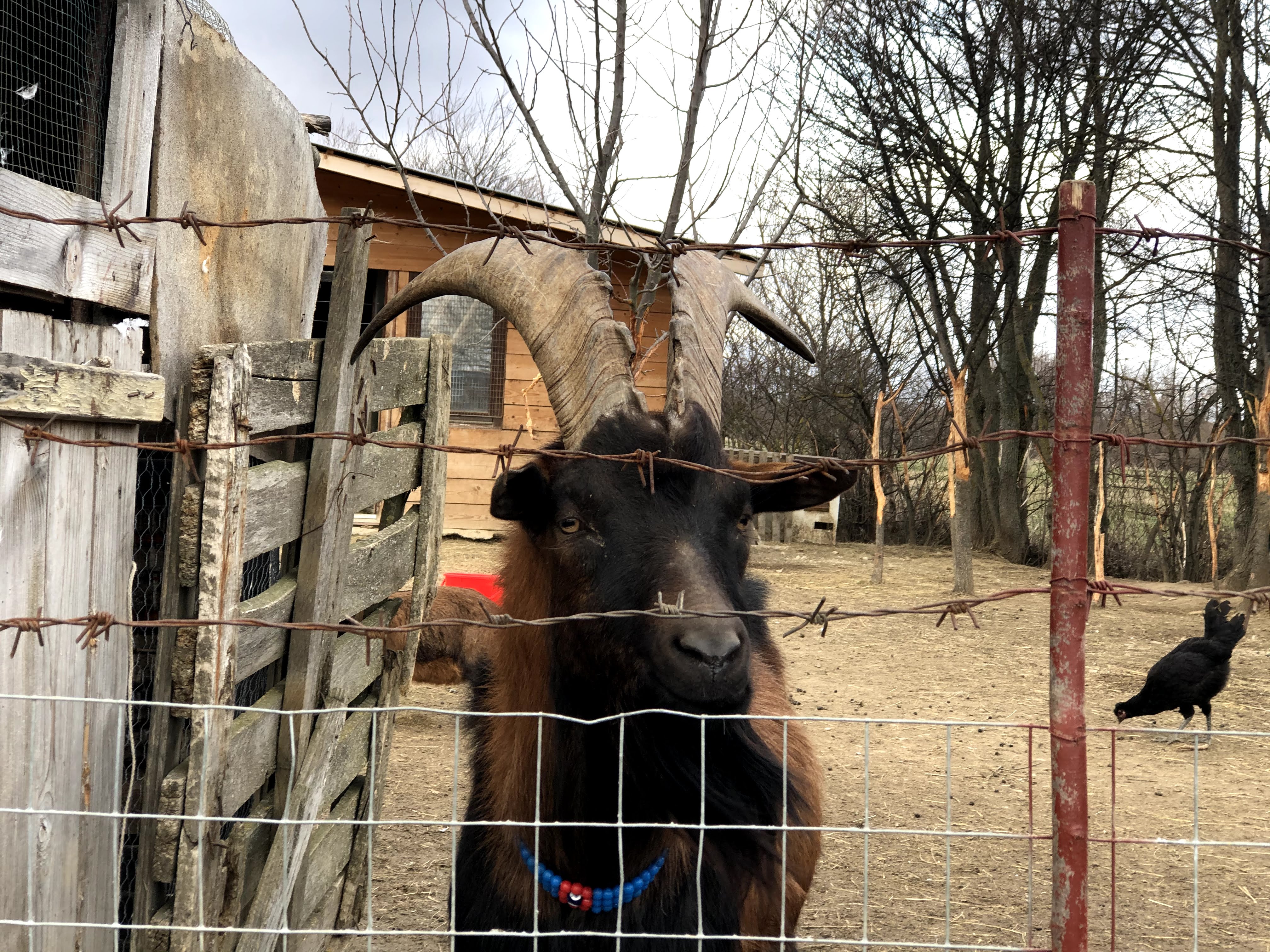 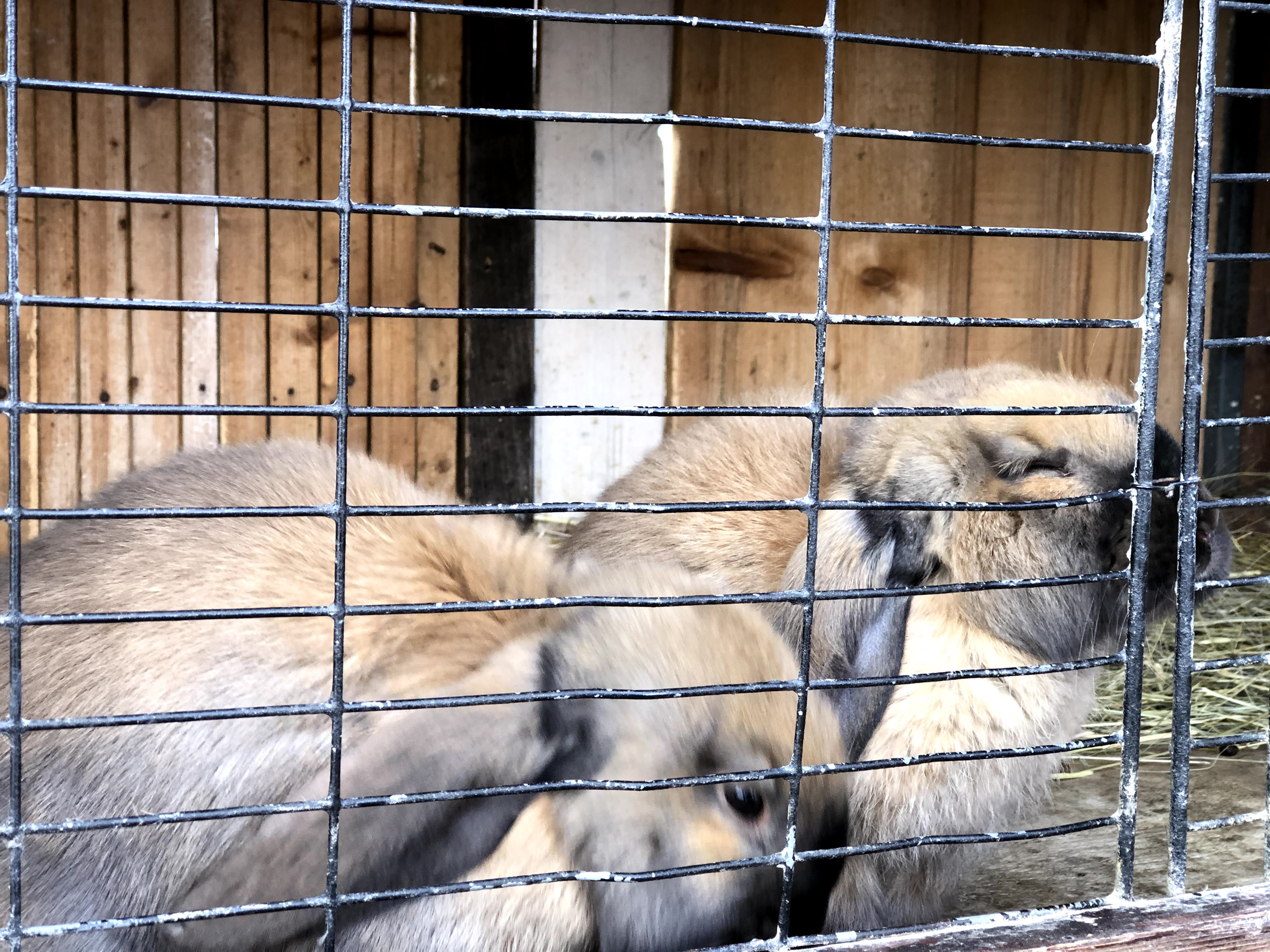 According to Taulant Hoxha, who works for the organisation FOURPAWS that runs the Prishtina Bear Sanctuary, the establishment should not even be considered a zoo.

Hoxha believes there is no possibility that Rexhaj has the resources necessary to care for the animals responsibly. “At FOURPAWS, we know how huge an investment this is and the amount of human and financial resources that are required,” he told Prishtina Insight. “Privately, it is impossible to do, and a commercial license to operate a business is not enough.”

The regulations for keeping animals in Kosovo are clearly set out in a 2012 administrative instruction. Protected animals kept in captivity require constant care for all their biological needs, as well as enough space, lighting, appropriate food and exercise and cleaning of the spaces in which they live, determined on the basis of expert scientific knowledge about the species concerned.

If owners cannot fulfil these conditions, the administrative instruction explains, they will be considered as engaging in “torture.”

Elza Ramadani, the co-founder and director of local NGO the Animal Rights Foundation, believes that the condition of the animals in Gjakova is worrying. 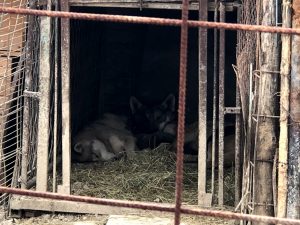 “The wolves are exhibiting abnormal behaviour, they pace back and forth around in the cage, you see it in their ears and their bodies, they are distressed,” Ramadani explained. “Wild animals have specific needs, you can’t take them for walks like they are dogs.”

The Ministry of Infrastructure and Environment, MIE, has confirmed to Prishtina Insight that Rexhaj has applied for the correct license to own a zoo, but his application was rejected as he was unable to fulfil the conditions. Rexhaj is required to employ a responsible vet with appropriate equipment to cater to the needs of all animals held captive on his property, which he has so far failed to do.

After pressure from the Animal Rights Foundation, a zoo site inspection report was prepared by the MIE on February 7, in Gjakova. The report states that “the state of the animals’ health looks to be fine [..], the owner is obliged to take care of the safety and security of the animals and is obliged to continue procedures to complete the required documentation from the ministry.”

However, Ramadani is not convinced that these inspections tell the whole story. “If the inspector goes to the zoo, the owner tells them that they eat and that they are not sick, and this is all they need to hear,” she said. 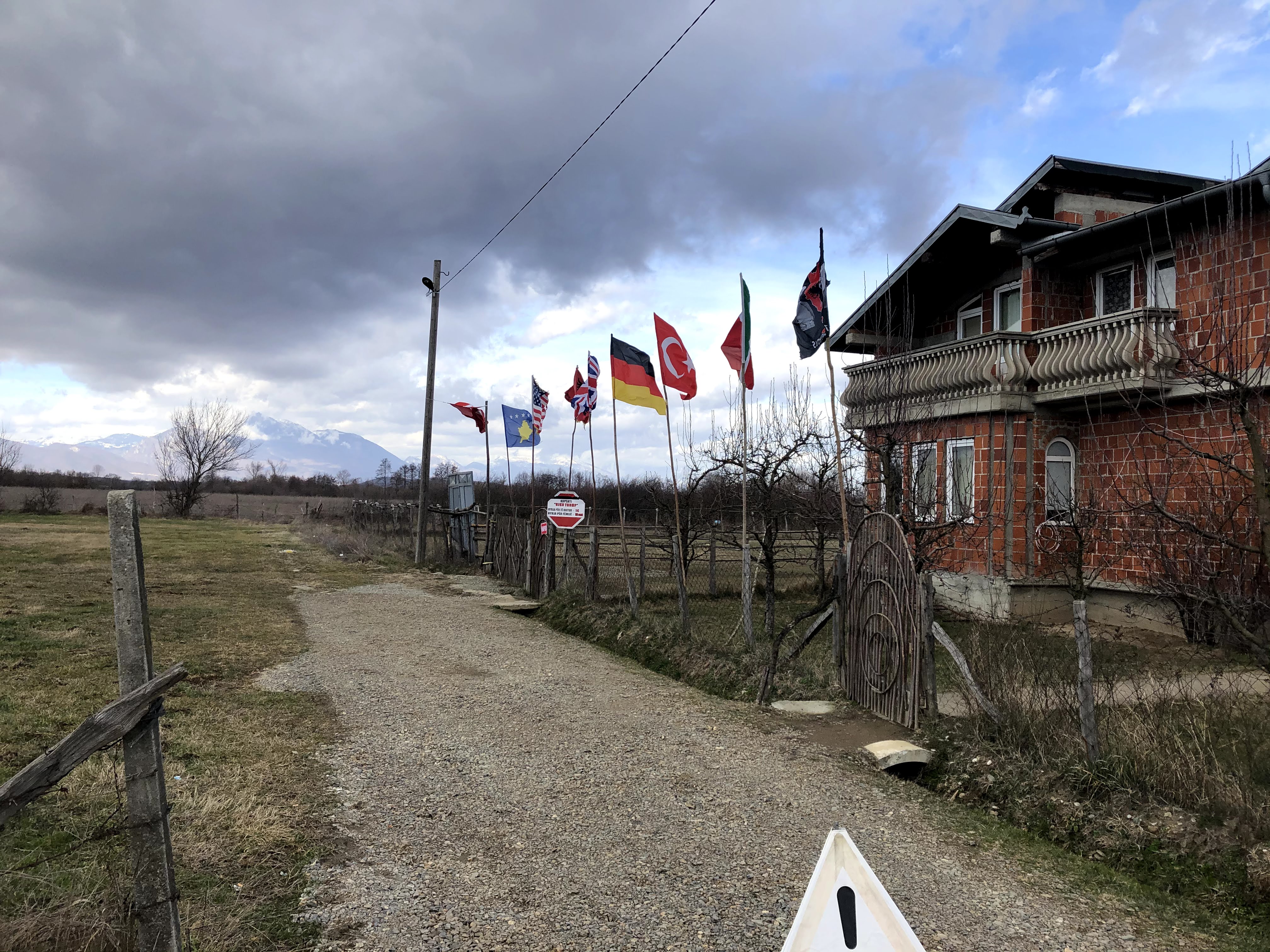 The animal rights activist is particularly upset that the report encourages Rexhaj to register the zoo. “I am so angry that they did this,” said Ramadani. “Of course, you should always carry a license to provide a service, but not if that service is to showcase wild wolves that you have captured.”

According to the ministry, Rexhaj has been made aware that he is operating the zoo illegally, and plans are in place to hold him criminally responsible for the illegal import of animals, including ostriches and one of the wolves, but no formal criminal investigation has been launched.

The unlicensed zoo owner gained notoriety after appearances on national media over the last month, bringing Trump and other animals on to live television shows on channels including RTV Dukagjini, Klan Kosova and Top Channel.

“The media are sensationalising this issue,” said Hoxha. “[Rexhaj] really enjoys this reputation as some kind of wolf whisperer, and to make matters worse, people in the media came across as being proud to report about it.”

Hoxha warned that bringing captive wild animals on television can have adverse effects on the wellbeing of the animals themselves, and give the impression that treating them as such is acceptable.

“If the media sanction wolves being brought into the studio, this will set a new precedent that treating animals like this is normal,” he said. “We are stuck in the middle between a media that enjoys the spectacle and government officials that see [animal welfare] as a box ticking exercise.”

Rexhaj’s zoo is not the only one of its kind in Kosovo. In Prizren the ‘Kopshti Zoologjik Shqiponja’ zoo proudly advertises the possibility to see its monkey, while in Gjilan, a lion has been caged at a restaurant in the village of Stanaj for months on end to entertain visitors. Hoxha is worried it is part of a larger trend.

“Why is this happening again now? We thought that we had gotten rid of this trend after the Bear Sanctuary was up and running, and we were proud of what we accomplished,” he told Prishtina Insight. “It’s sad to say, but not everyone is aware that keeping these animals in cages is wrong from an animal welfare perspective. I’m scared this will become a social standard, mainstream, similar to what happened with the bears.”

Authorities in Kosovo have acknowledged the problem. The Basic Prosecution in Gjilan and Kosovo Customs are both investigating the case of how the lion came to be in Gjilan, and have filed a criminal complaint against the restaurant owner for the illegal import of a protected and endangered species.

But according to Ramadani there is nothing that the courts, customs, or the government can do to rescue the animals. As a non-UN member who cannot join the Convention on International Trade in Endangered Species, Kosovo cannot lawfully export these animals back to their country of origin.

A solution for exotic species like the lion, the monkey and the ostriches trapped in Kosovo is yet to be found, while as domesticated animals now unfit to be released back into the wild, there is also nowhere for the wolves in Gjakova to be rehomed safely. 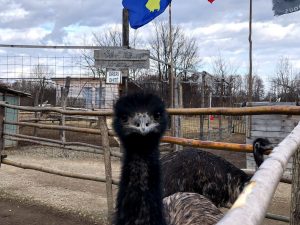 “We are trying our best to make agreements with the zoo owners to let us rescue the animals as soon as we have found sanctuaries somewhere in Europe that can take them,” Ramadani explained. “But if we’re not able to find anything for them, they could be euthanized.”

The MIE has taken steps against all three businesses in Gjakova, Gjilan and Prizren, sequestering the animals and halting the operation of one of the zoos.

However, they have not been successful in removing the animals or finding a place for them to live. In December, the ministry issued a recommendation to set up a temporary rehabilitation center for wild animals with protected status that have been imported illegally or found injured, but no progress has been made in this regard.

Insisting that the two zoos and the caged lion are being looked after to an adequate standard, the ministry says that its hands are tied until the courts issue a decision on the illegality of the zoos’ operation.

No safe place to go for wild and exotic animals

The 2012 administrative instruction on cross border movement and trade in wild protected species specifically prohibits the import of a lion into Kosovo, under any circumstances, whether a permit was requested or not, and the Basic Prosecution in Gjilan announced on December 19 that they had begun investigations into the illegal import of the lion in Stanaj.

According to the ministry, Kosovo Customs have reviewed CCTV footage at the border to attempt to ascertain exactly when and where it crossed the border into Kosovo, but have so far been unsuccessful. Despite this, a decision is expected from the Basic Court in Gjilan before the end of April.

The ministry insists that until a decision on whether Arsim Halimi illegally imported the lion is taken, all the ministry is able to do is keep the lion in its cage and monitor its health and wellbeing. Representatives from the ministry reported that they have seen the lion’s condition improving since monitoring began, and confirm that they have inspectors qualified to monitor the health of an exotic species like a lion.

However, the ministry’s January 23 report following an inspection of the lion states that the lion’s health is being monitored “visually,” raising questions among activists as to whether or not the ministry is capable of properly ascertaining the lion’s wellbeing.

Ramadani emphasizes that a few visits to check on the lion is not enough. “We are in contact with a zoo specialist in Italy who is trained to monitor circus animals, and have requested to bring him to Kosovo and visit the lion along with the ministry’s inspectors hopefully in March or April,” said Ramadani.

According to the ministry, the case of the lion in Gjilan is the first of its kind that they have attempted to solve. Once a decision has been made by the court in Gjilan, they believe this could pave the way for the resolution of the other protected species in captivity in Prizren and Gjakova. 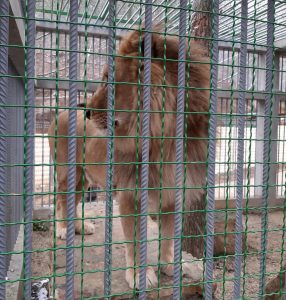 A lion has been caged at a restaurant in the village of Stanaj, Gkjilan. Photo: BIRN.

However, the problem remains that exotic and wild animals have no safe place to go in Kosovo after they have been seized. To prevent the issue from worsening, the Animal Rights Foundation are taking matters into their own hands.

Together with international legal experts, the foundation is in the process of drafting a new law on animal welfare that would ban both zoos and circuses that keep animals in captivity, circumventing any potential problems of import and export. The new law would also oblige all animal owners, breeders and sellers nationwide to be registered.

“We’re doing what we can as a small NGO with few capacities,” said Ramadani. “Despite the steps the ministry has taken, the animals are still in their cages and the negative impact continues.”