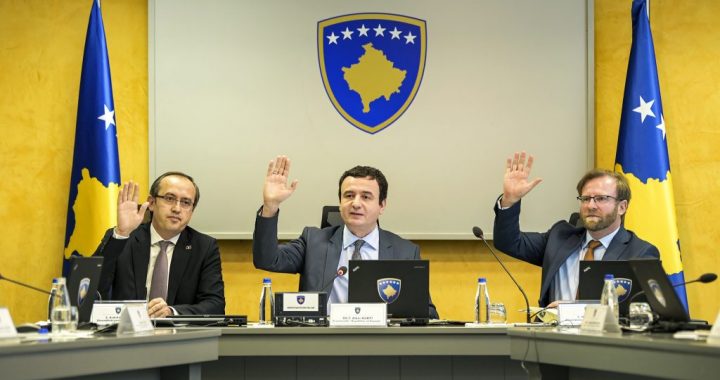 Amid growing frustration with its growing debts and reputation for corruption, Albin Kurti’s new government axed the whole board of Kosovo Telecom.

Impatient with its poor results, growing debts and reputation for corruption, Albin Kurti’s new government axed the whole board of the Kosovo Telecom on Wednesday.

At a meeting, the cabinet voted unanimously to dismiss the board of directors of the public enterprise, the country’s largest telecommunications provider.

Media outlet Koha reported that the Minister of Economy, Trade and Industry and Entrepreneurship and Strategic Investments, Rozeta Hajdari, had proposed the board’s dismissal based on its alleged poor performance, abuse of office, mismanagement, nepotism and corrupt affairs.

“Kosovo Telecom is in an extremely poor financial and operating condition, on the verge of bankruptcy, endangering Kosovo’s telecommunications services, and is endangering public property, the livelihoods of thousands of employees and the public order associated closely to telecommunications. The government should immediately dismiss the chairs of the board if it finds that they have breached their financial duties,” Hajdari told the cabinet meeting.

As the sole shareholder in the company, the government can make the decision on appointing or dismissing the board of directors.

Deputy Prime Minister Avdullah Hoti meanwhile requested the analysis of all the reports of publicly-owned companies in Kosovo, some of which, according to him, may be in an even worse state than Telecom.

Media have regularly accused the Kosovo Telecom of corruption and nepotism, citing the notorious habit of the former ruling parties of employing their family members or close allies in key positions.

Now heavily indebted and over-staffed, the Kosovo Telecom has gone from being the country’s most profitable firm to a loss-maker since 2015. In July 2019, BIRN reported that the company was almost bankrupt, after running up 25 million euros in debt to the then private provider Z Mobile.

The previous government attempted to privatise Kosovo Telecom for the third time in 2019 – which employees and unions resisted. “The attempt to privatise Telecom is done only to cover up the failure of the institutions in managing Telecom, and the crimes that have occurred there over the years,” Lahim Balaj, head of the Telecom’s trade union, told BIRN.