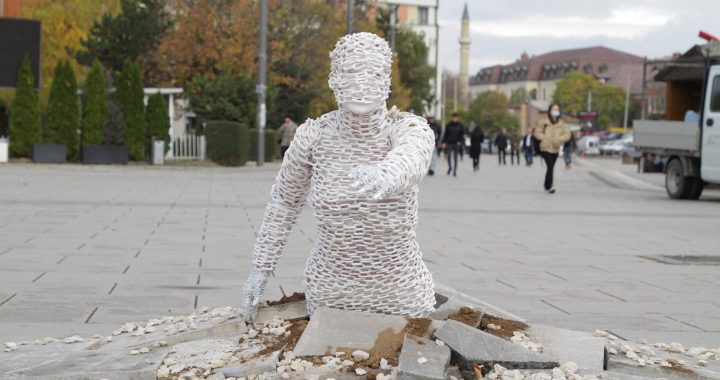 A new exhibition in the main square of Prishtina depicts the unresolved fate of the missing persons during the 1999 war in Kosovo, in an attempt to encourage state institutions to intensify their effort.

Two sculptures depicting the missing persons of the last war in Kosovo are standing in front of the Government of Kosovo.

Seeking institutional help with both hands facing the Government, symbolically, sculptures of the exhibition “Seek for me” by artist Eroll Murati, are showing the stagnation for the unsolved fate of 1630 missing persons during the last war in Kosovo.

With the motto, “Someone is still waiting for them at the door for 20 years”, the exhibition highlights the calls of their families and in a socio-artistic way requires institutional commitment. 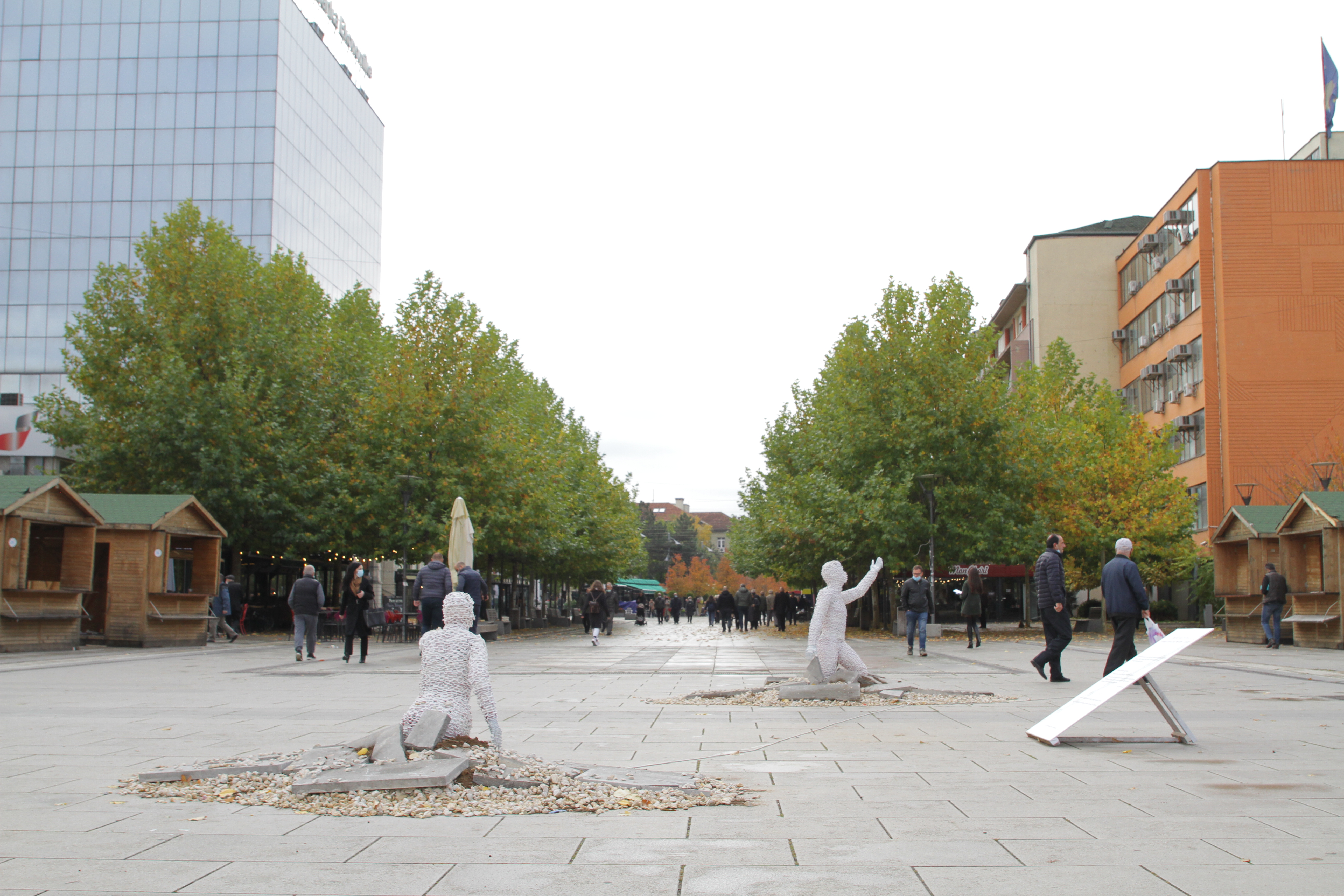 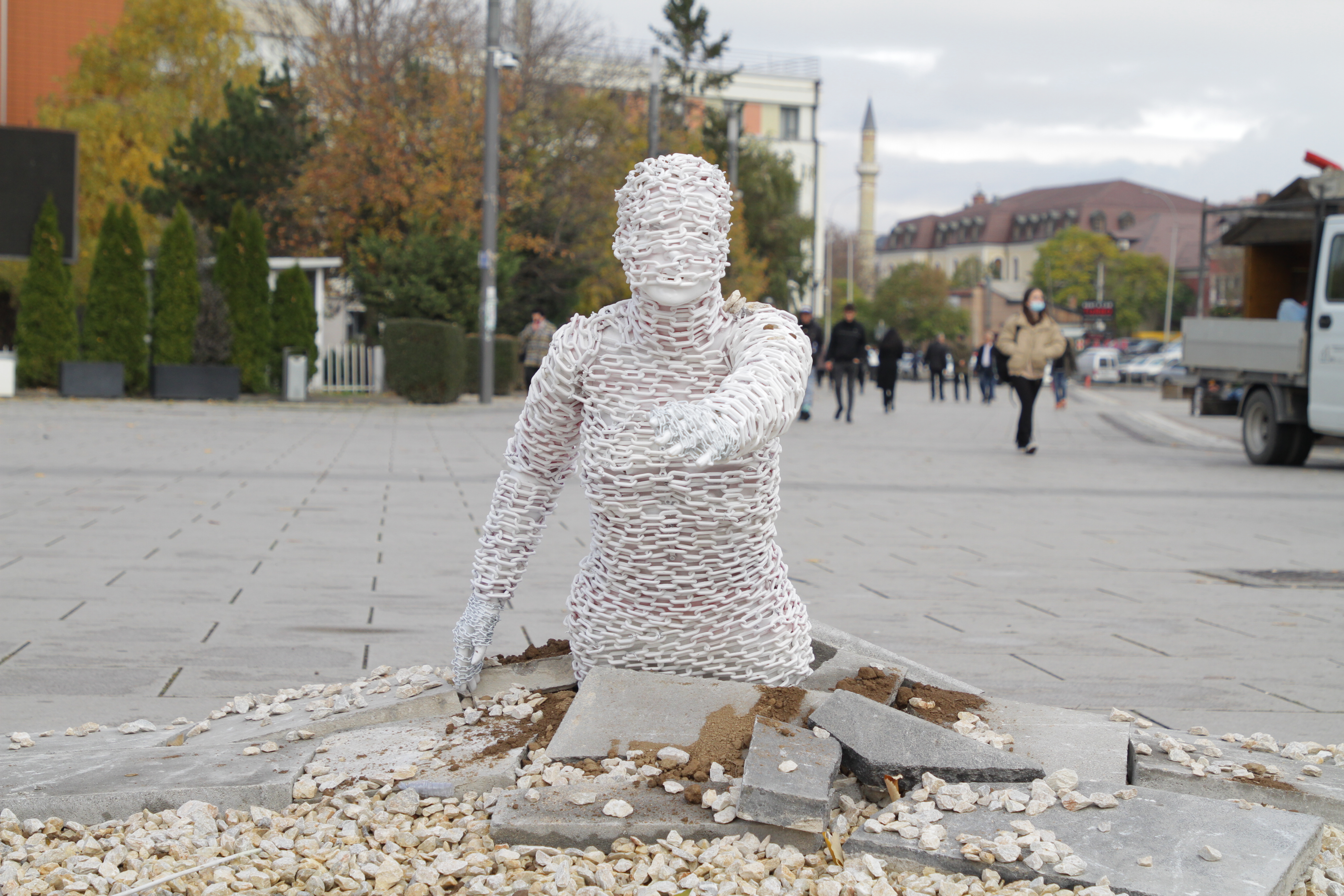 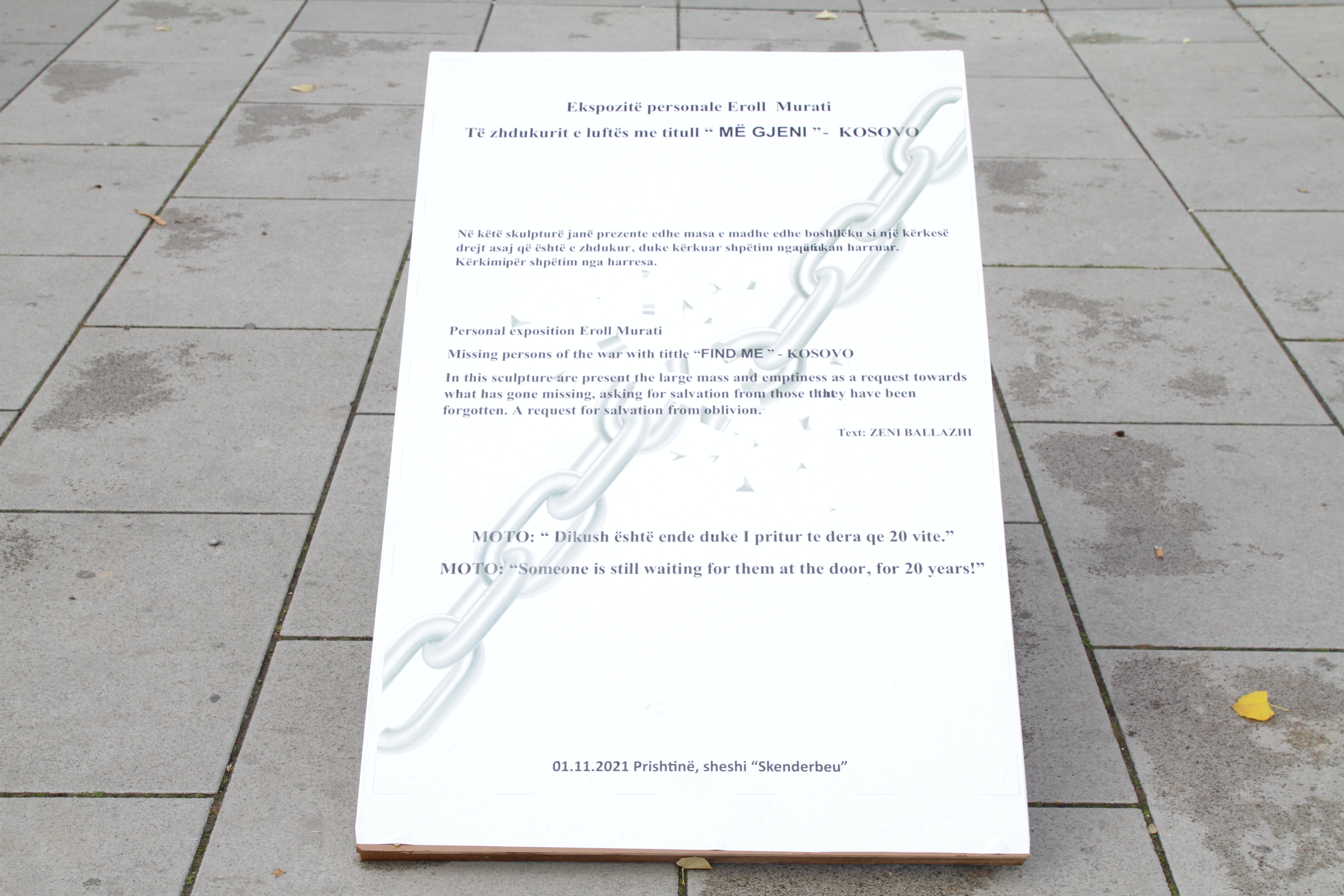 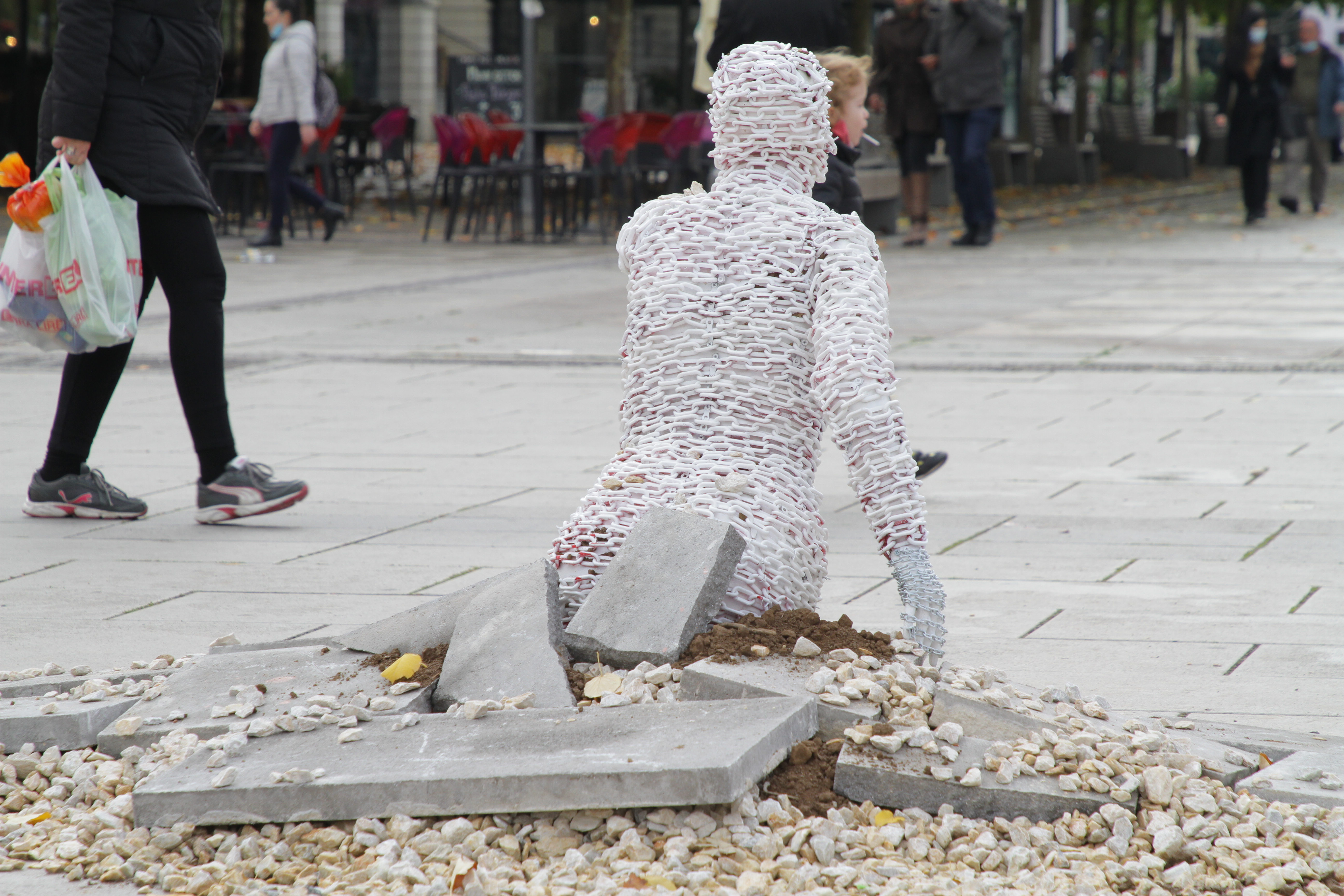 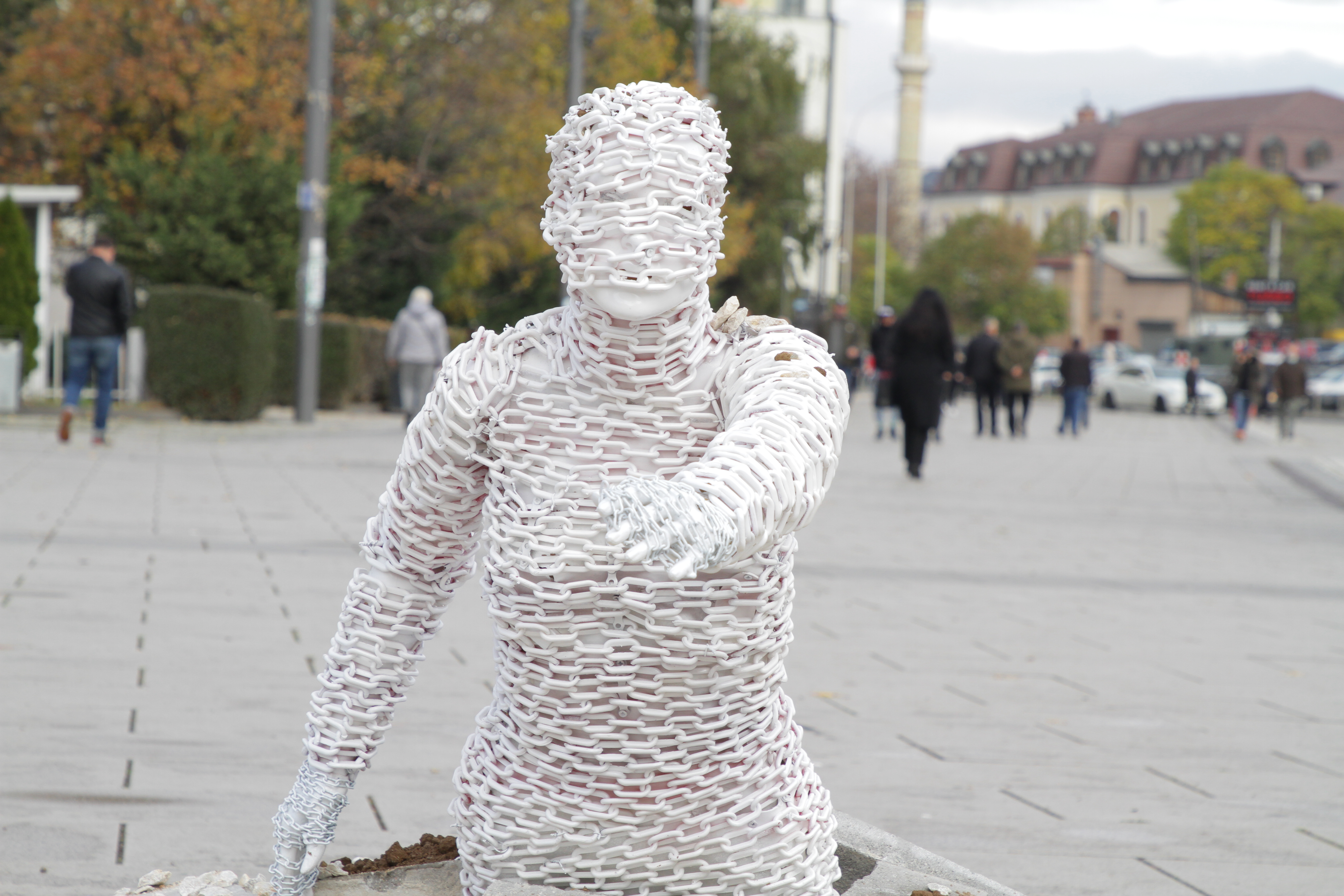 After the war in 1999, many mass graves have been exhumed in Kosovo and Serbia, and around 70 percent of the missing have been found so far.The exhibition “Seek for me” will be exhibited in the Skanderbeg Square in Prishtina for two weeks.

The new government of Kosovo has promised to make the issue of missing persons as one of its priorities in the EU-assisted dialogue with Serbia.

Prime Minister Kurti has declared that  opening of the state archives in Serbia is the answer to uncovering the fate of the missing.

However, up to now there has been little progress on the issue.