A space for love, humanity and talking taboo

An oasis for innovation and inspiration, multifunctional project space Shtatembedhjete is a fresh addition to Prishtina gathering spots where people can freely celebrate art, culture, civic activism and everything in between.

People say that a tidy, tranquil room makes for a tidy, tranquil mind. This really sinks in when you walk into Shtatembedhjete, Foundation Seventeen, a small project space tucked behind the Sami Frasheri high school in Prishtina, as the tangle of thoughts in your head start to loosen as you look around.

Open since November, the open-plan co-working space is calm, surrounded by pale walls and blue-framed windows spanning across the entire front facade. Groups of people sit around iron tables adorned with candles and lavender flowers, working together and drinking coffee from the small makeshift bar that sits in the middle of the room.

It feels light, stripped back, and the atmosphere serene. Sitting together in the far corner of the room are Ajete Kerqeli, Sihana Klisurica and Nita Zeqiri, the trio that run the space and Fondacioni Shtatembedhjete, the organization that brought it to life. 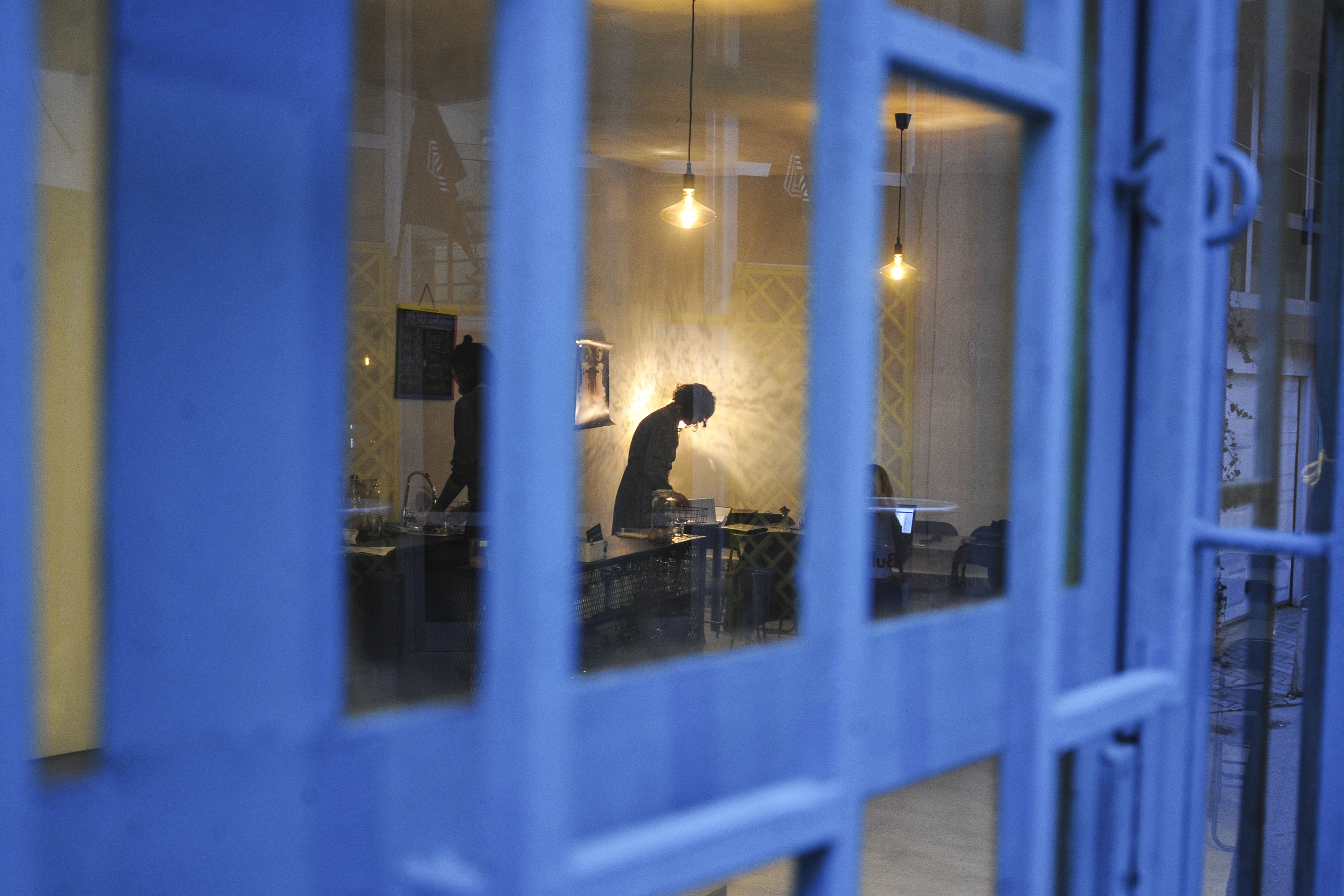 Kerqeli explained that it is a multifunctional, cooperative working space, specifically designed to encourage all kind of people to come, relax, and be inspired to work.

“We wanted to provide people with a place where everyone can feel comfortable, where we can challenge the conventional way of thinking, but keep things in a very non-formal style that can let conversation flow,” said Kerqeli.

Kerqeli, Klisurica and Zeqiri wanted both a space for themselves and for others to feel at home, and also be moved by the sharing and creating of new ideas.

“We picked the name Shtatembedhjete as in numerology, the number 17 means self-growth and love for humanity,” said Klisurica. “This is related to what we do and our aim, given that Shtatembedhjete is dedicated to providing a nurturing environment for citizens of all genders and ages at all levels of their journey.”

Shtatembedhjete encourages participation in public life through arts, culture, education and outreach, and serving as a vital creative resource for the community, said Klisurica, diffusing barriers between these disciplines and fostering a shared environment for them to grow together.

One of the people that have benefited from the use of the space is clinical psychologist Fortesa Kadriu, who hosted a session of the series, Taboo Talks, there.

Kadriu recognizes that Shtatembedhjete can stimulate conversation in a unique way, and frame topics that need to be addressed that formal institutions could not accomplish.

“Shtatembedhjete approaches situations that are worth talking about in a different way,” said Kadriu. “Similar things that are offered to people elsewhere are always introduced and framed as problems – ‘this is a problem, how do we deal with it?’ People get burned out if you only talk about problems. Shtatembedhjete looks at these things through the lens of poetry, music, yoga, whatever you can think of.”

Zeqiri said that they opened Shtatembedhjete in response to the few places around Prishtina where their programs, oftentimes a blend between arts and culture and focus on civic activism, could be realized.

“If you live in Prishtina you notice immediately that there is a lack of space for alternative events,” she said.

Pointing at a group of gamers sitting in the corner of the space, she said, “We are inviting people who want to try new things. We have ideas, for example, about how in the future we could work with the gaming community that use this space to see how we can use games to get people more involved in civic activism.” 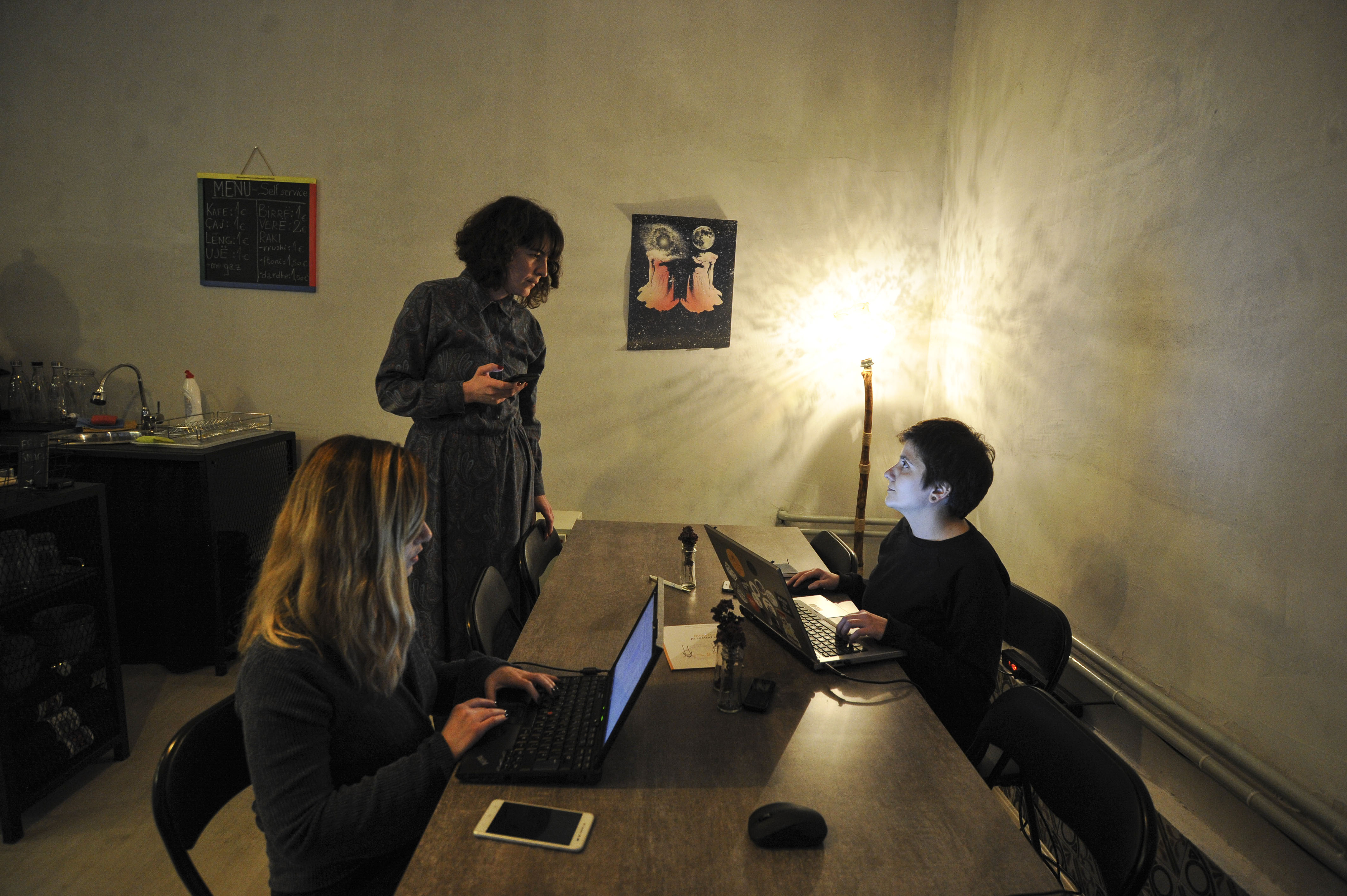 Kerqeli said that playwright Fjolla Hoxha hosts screenings of plays and theatrical performances once a month, choosing a different play each time, providing a presentation and starting discussion, a new way of bringing theater and performances to people so they can see and talk about them in detail.

Arts and culture also comes to the forefront with Shtatembdhjete’s monthly short film and documentary program, which will bring directors and filmmakers to discuss the nature, purpose and processes behind film.

Earlier in February, director Gazmend Bajri showed his film ‘Ferdonija,’ a documentary following the mothers of Gjakova on their search for their loved ones and find out what happened to them almost 20 years after the end of the war.

“The music events we host are meant to be more performative, inviting people who want to try something new,” said Zeqiri. “We can adapt the space to be used for different things.”

According to Klisurica, one of their goals is centered specifically around young people, even though the space has been created for people of every age.

“We have talks specifically centered around civic activism, inviting young people who are positive role models from different parts of Kosovo to motivate others to get engaged and learn how to think critically,” said Klisurica.

“We have a program called “Point of View,” said Klisurica, “a series of workshops for young people, asking them to think about the things they care about it their community and learning how to tackle it through writing.”

Kerqeli explained that they held their Taboo Talks event the previous evening, another monthly program that Shtatembedhjete arranges, tackling a whole host of issues in an open-ended and inclusive environment.

People are given a chance to sit down and meet different people, experts and influencers, and discuss difficult topics that perhaps they would no have the chance to otherwise, she said.

“The main idea was to provide a space for people to talk about things that aren’t being dealt with elsewhere,” said Kerqeli. “We are hosting the series once a month, bringing up topics that are, but shouldn’t be, considered taboo.”

One of the first talks was organized with Uta Ibrahimi, the first Kosovar to scale Mount Everest.

“It centered around menstrual cycles, and that fact that almost every time she was summiting peaks around the world she had her period, something worth talking about that otherwise would never come up,” said Zeqiri.

The most recent in the series, where clinical psychologist Fortesa Kadriu was a panelist, looked into issues around mental health.

“Taboo Talks was quite a general discussion,” explained Kadriu. “We tried to offer a space for young people to work through and develop their own ideas about mental health.”

“In our culture in Kosovo, we don’t talk about how we feel, and definitely not about mental health in general,” she continued. “So we talked about definitions around emotion, handling emotion, distress factors, ideas around resilience and long term goals.” 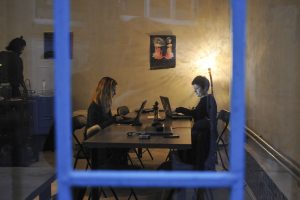 Kadriu said that she left the discussion open as open as possible, answering any questions that participants had surrounding mental health.

“They asked things like ‘how would you define a healthy relationship?’ or ‘is it better to be more expressive about your emotions, or to be strong and deal with them yourself?’” she said. “This is a common misconception, that a lack of emotional expression is something healthy. In fact, a person is much stronger if they are able to express these emotions, as it shows that they know how to face it.”

Kadriu explained why acknowledging these issues and helping people learn put a name to the way the feel or the emotions they are experiencing is so important.

“Growing up, because we don’t talk about it we don’t even learn that many terms to describe emotions. In our childhood we were not taught to describe how we feel, and this can mean that later on you can feel scared or confused when you experience these emotions,” Kadriu said.

Youth to watch out for

According to Kerqeli, these kinds of discussions were exactly what young people that they were in contact with during the planning phase for Shtatembedhjete felt that they really needed.

“We are constantly talking about the importance of mental health, and we’ve had different young people writing to us about starting support groups and other things like this that can be stigmatized, things that no one really knows how to ask for,” she said. “You have to really be in the worst stages of that condition and feeling ashamed to even ask for counselling.”

While Kadriu said that these pressures are felt by young people everywhere, young people in Prishtina often have additional pressure placed upon them from a young age. 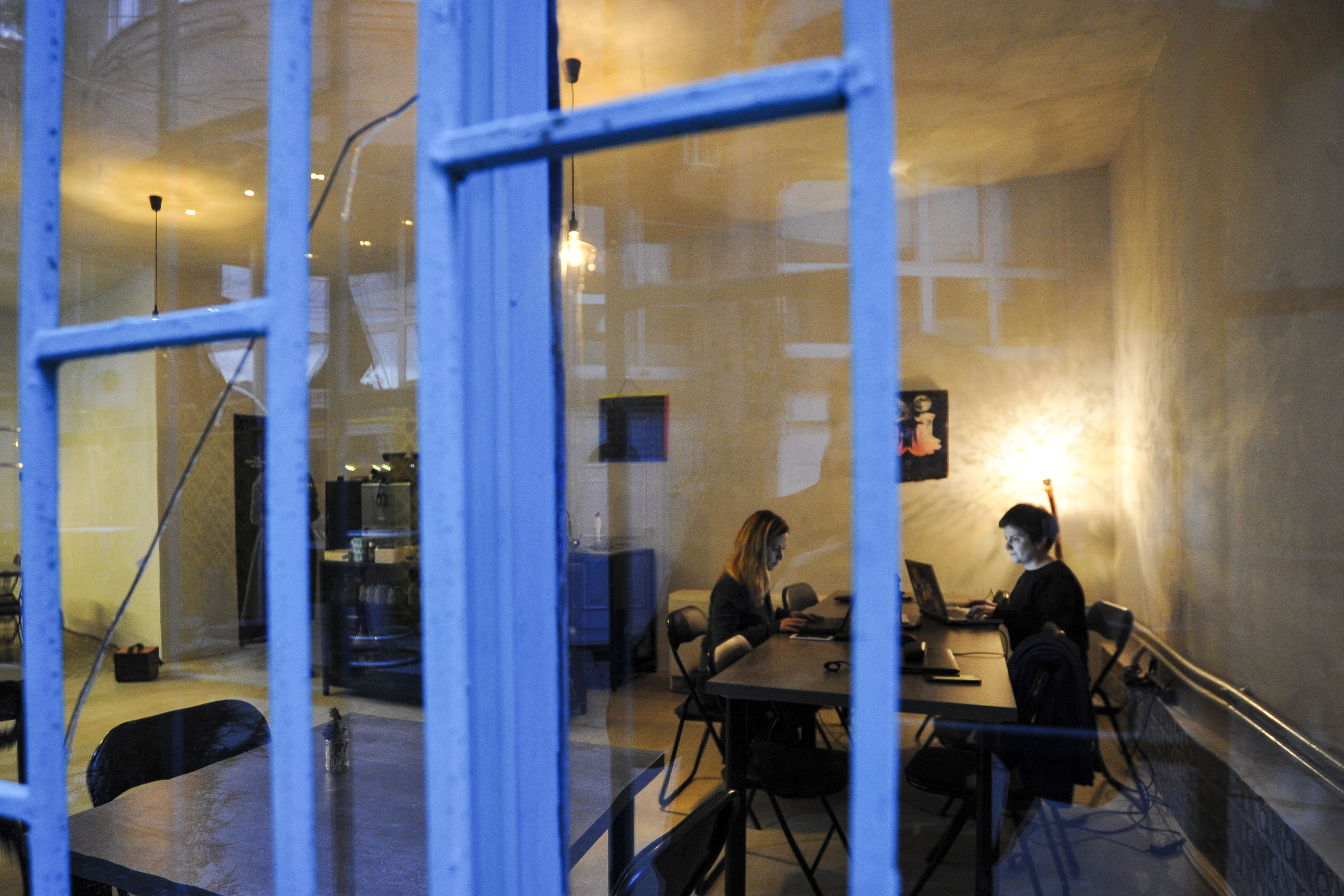 “Young people are aware of the external pressure to achieve and self-develop,” said Kadriu. “Particularly after the war, parents have projected their own ideals for self-development onto their children because there may have been things they weren’t able to achieve themselves. They worry that their children will turn out the same.”

Shtatembedhjete aims to counter these pressures, and will continue in the future to empower people to learn how to make their own choices.

“We always assume that we know what youth want, what their needs and priorities are,”said Kerqeli. “Here, we instead tried to equip them with the skills to do what they want, it’s an easier step to get them engaged.”

Exhibition celebrates tradition and transformation of the Albanian dowry